Mad Max: Fury Road was the big winner at the 88th Academy Awards on Sunday night, taking home six Oscars, but all in technical categories: sound mixing, sound editing, film editing, makeup and hair styling, production design and costume design. But that streak didn’t hold up when it came to best picture, when Mad Max: Fury Road lost out to Spotlight, about the Boston Globe’s Pulitzer Prize-winning investigation into the Catholic priest sex abuse scandal in the city. 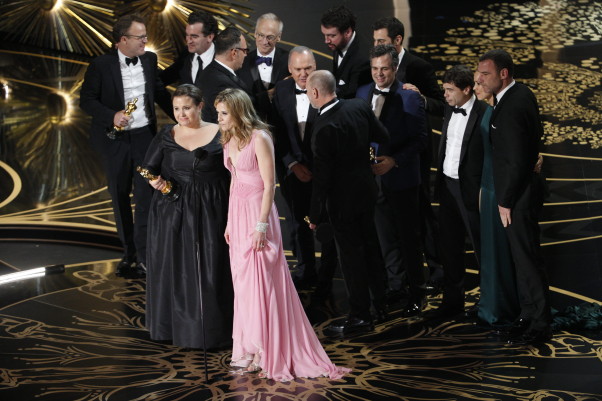 “This film gave a voice to survivors, and this Oscar amplifies that voice which we hope will become a choir that will resonate all the way to the Vatican,” said producer Michael Sugar in his acceptance speech. “Pope Francis, it’s time to protect the children and restore the faith.”

“We would not be here today without the heroic efforts of our reporters,” added producer Blye Pagon Faust. “Not only do they effect global change, but they absolutely show us the necessity for investigative journalism.”

Leonardo DiCaprio won his first Oscar for his role in the brutal frontier epic, The Revenant. The actor, who has been nominated six times since 1994, thanked those who impacted his career and also spoke on the issue of climate change. “Making The Revenant was about man’s relationship to the natural world, a world that we collectively felt in 2015 as the hottest year in recorded history,” he said. “Climate change is real. It is happening now. It is the most urgent threat facing our entire species, and we need to work collectively together and stop procrastinating.”

The Revenant, which had 12 nominations, also earned Alejandro G. Inarritu his second best movie Oscar in a row. His first was last year for Birdman. “I can’t believe this is happening. It’s amazing to receive this award tonight. Leo, you are The Revenant.” The movie also won cinematographer Emmanuel Lubezki an Oscar. 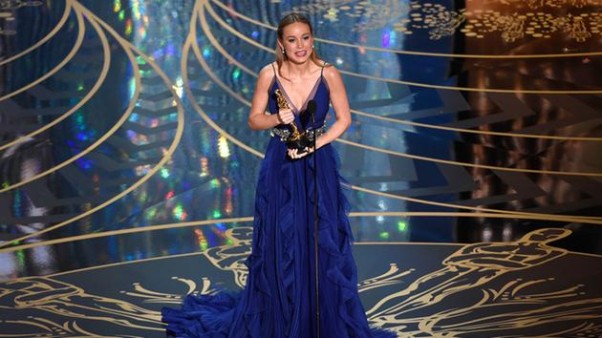 Brie Larson won the best actress award for her portrayal of a mother struggling to raise her son in captivity in the film, Room. It was the 26-year-old actress’ first Oscar nomination.

There were few surprises Sunday, but the supporting actor win for Mark Rylance in Stephen Spielberg’s Bridge of Spies drew gasps. Many thought the award would go to Sylvester Stallone, nominated a second time 39 years later for the role of Rocky Balboa in Creed. Best supporting actress went to Alicia Vikander for her role in the transgender pioneer tale The Danish Girl.

Host Chris Rock brought up the lack of diversity in this year’s nominees during his opening monologue. “Is Hollywood racist? You’re damn right it’s racist,” he said. “Hollywood is sorority racist. It’s like: We like you Rhonda, but you’re not a Kappa.” Whoopie Goldberg, Leslie Jones and Tracy Morgan helped Rock show how different Oscar-nominated movies would look if black actors were in them.

Here are all of this year’s winners: 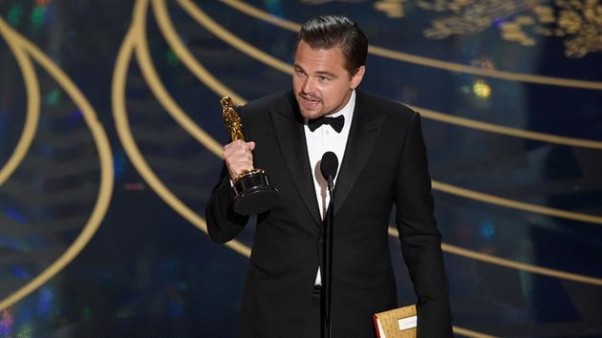 Writing’s On The Wall, Spectre

A Girl in the River: The Price of Forgiveness