The fast casual &Pizza is getting ready to open its 14 location at 1375 Kenyon St. NW in Columbia Heights in the next few weeks. The restaurant will be in space formerly occupied by the Museum of Unnatural History in the Park Triangle building at the civic plaza. 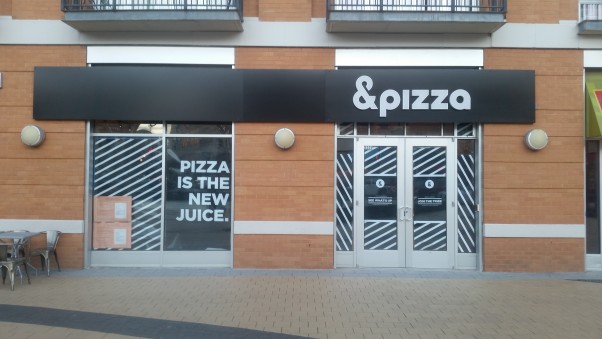 &Pizza is getting ready to open its newest location on the civic plaza in Columbia Heights.
(Photo: Mark Heckathorn/DC on Heels)

The Columbia Heights location will have 52 seats along with another 32 outside in warmer weather. It has also applied for a liquor license to serve beer and wine.

We reached out to the company, but did not receive a response. According to the liquor license placard in the window, hours will be 7 a.m.-2 a.m. Sunday through Thursday and 7 a.m.-4 a.m. Friday and Saturday. 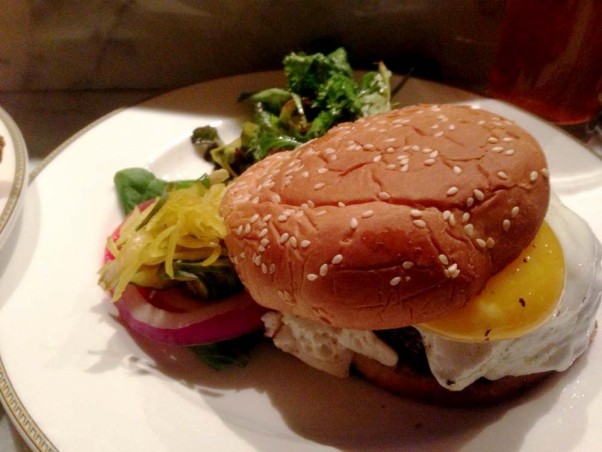 Beuchert’s Saloon’s All the Way burger with egg, bacon and cheese is $9 on Tuesdays. (Photo: Greg G./Yelp)

On Monday, Beuchert’s offers items from its Markert’s Market menu section for $5 each (they are normally $8 each or three for $21). Items include spaghetti squash with chive oil, queso fresco, taco seasoning and charred onions; coconut braised butternut squash with turmeric, pickled chilies, pepitas and toasted coconut; grilled carrots with romesco sauce, toasted almonds and olive oil powder; or turnip saag with spinach sauce, chilies, mint yogurt and rye crumbs. Eat them as a starter, side or triple up for a meal. Also, the bar offers $5 Old Fashions and punches all night long.

The bar is pulling out rarities from Portland, Maine’s Allagash Brewing Co. dating back to 2013 for a nine-tap takeover. Special releases from years past, which are no longer available elsewhere, such as the Confluence 2013, a Belgian strong pale ale fermented with Brettanomyces, and Fluxus 2013, a porter-style ale brewed with blood oranges, will all be available for $5 during the party. Other special beers include Allagash’s Interlude 2013, James Bean 2015, Interlude 2015, St. Klippenstein, White, Curieux and Saison.

Pizzeria Paradiso, 124 King St. in Old Town, will host a pizza workshop and dinner with owner and chef Ruth Gresser at 6:30 p.m. on Feb. 29. 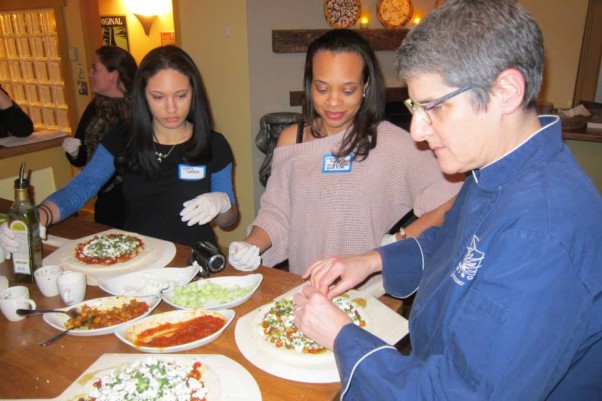 Gresser lead a-hands on pizza workshop. Guests will start the night off learning to make their own dough from scratch. They’ll take a small break and enjoy either a beer or glass of wine at the bar, after which they’ll return to the class to learn how to choose the best flavor combinations from a variety of sauces and toppings to build their own pizzas.

While their pizzas are cooking, guests will enjoy an appetizer and another drink and will finish off the night enjoying their pizza creations. The class, including dinner and drinks, is $40 or $55 with a signed copy of Gresser’s cookbook, Kitchen Wokrshop-Pizza. 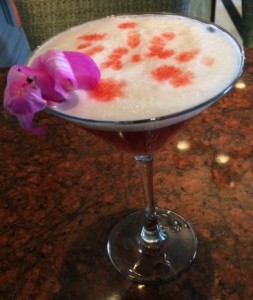 Jardenea in the Melrose Hotel will serve the Melrose Blossomtini during March and April. (Photo: Jardenea)

With the National Cherry Blossom Festival just around the corner (Mar. 20-Apr. 17), Jardenea in the Melrose Hotel, 2430 Pennsylvania Ave. NW, is offering the Melrose Blossomtini for $12 in March and April, with $1 from each cocktail going to the House of Ruth, which helps women, children and families in need.

The bar also offered the recipe to make it at home: shake 2 ounces of Ginga Shizuku sake, ½ ounce Gekkeikan plum wine, one dash of lemon juice, ½ ounce egg whites and pour into a chilled cocktail glass. Top with Lambic Cherry beer and garnish with one edible orchid flower and Peychaud’s bitters. 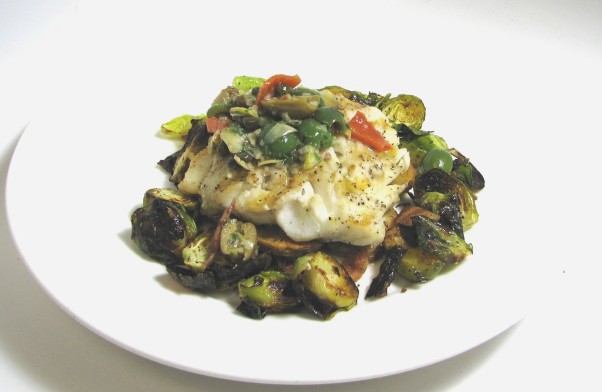 Three of Legal Sea Foods’ DMV restaurants will be adding a special entrée featuring the premium cod to its a la carte menu. The Norwegian Skrei with green olives, Meyer lemon-artichoke relish, fingerling potatoes and Brussels sprouts with bacon will be priced at $27.95.

From the Norse word for “wanderer,” Skrei is a delicacy. The cod spends most of its life in the nutrient-rich Barents Sea, but when it reaches maturity around the age of five, it migrates back the Norwegian coast to spawn.

Between January and April, small fishing boats catch and handle the fish according to rigorous quality standards. Skrei has a firm consistency and the meat is very white, light and lean. The fish’s smooth flavor and clean taste come from swimming in the cold waters of Norway.