During the day, Bayou Bakery is a casual eatery with an emphasis on sandwiches, beignets, biscuits and coffee that are ordered and picked up at the counter. From 5-9 p.m. Monday through Saturday, diners still order at the counter, but meals are delivered to the table. Offerings are à la carte and include starters, entrées, sides and desserts.

The new dinner menu, which will change monthly, dips deep into the South and might offer up starters like fried chicken livers with pepper jelly and apple slaw or seared Cajun pork belly with pickle relish and a sunny-side up egg on top. Entrées range from Crawfish Monica served with house-made pappardelle and local mushrooms or smothered pork rib chop with caramelized onion and Gold Rush apples to crispy buttermilk fried chicken with mashed potatoes, braised greens and a dinner roll. Sides include crispy pork rinds and blue crab fritters with lemon aioli.

From Jan. 7-Feb. 10, Legal Sea Foods is celebrating all things shrimp with a special menu showcasing nine dishes at three of its area restaurants, 704 Seventh St. NW; 2301 Jefferson Davis Hwy., Arlington; and Tysons Galleria in Mclean. Dishes on the Shrimp Classic menu are priced from $11.95-$27.95. 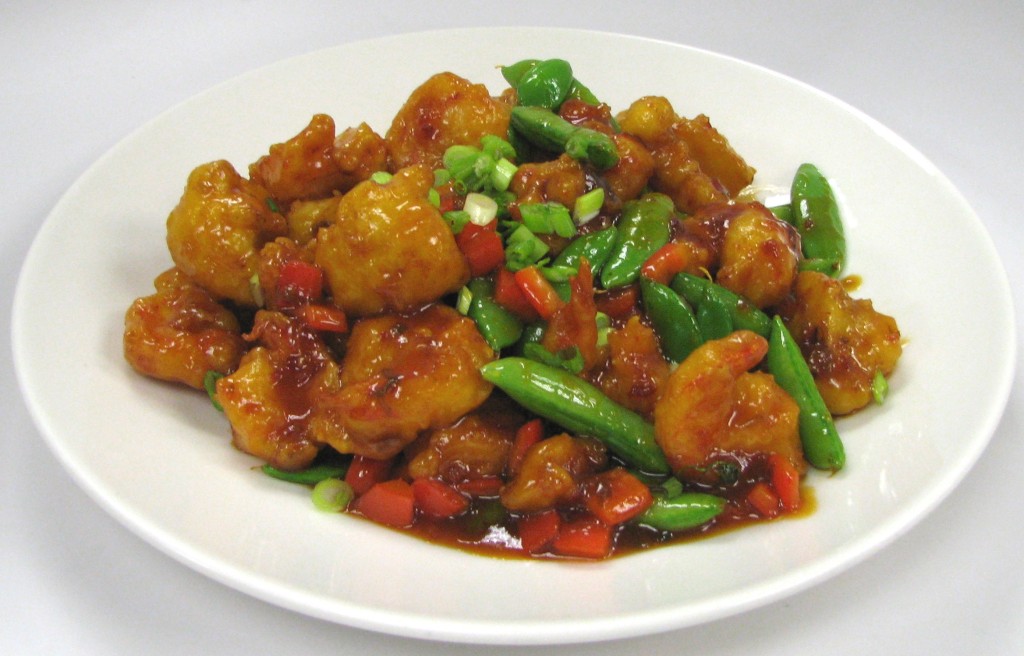 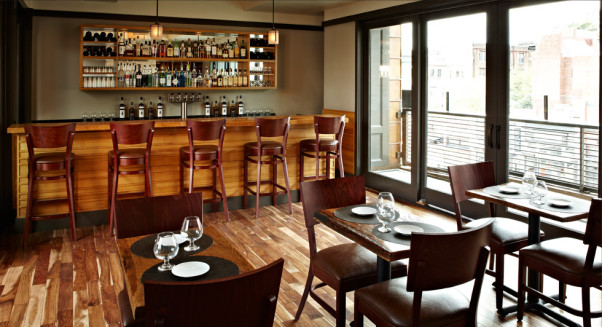 Hosted every other week in January and February, each five-course supper will feature season-appropriate game meats such as antelope, venison and squab, along with other winter dishes. Each supper is $125 per person including food and beverage pairings.

The dinner series kicks off with craft cocktails on Jan. 11, followed by Spanish wines on Jan. 25, rare Goose Island beers on Feb. 8 and whiskeys from around the world on Feb. 25. The full menus and beverage pairings are available online.

The Royal, 501 Florida Ave. NW, will old its next Royal Knights series from 9 p.m.-1 a.m. on Monday, Jan. 11. The restaurant’s bar will be transformed into a tropical oasis for one night devoted to South American tiki cocktails. 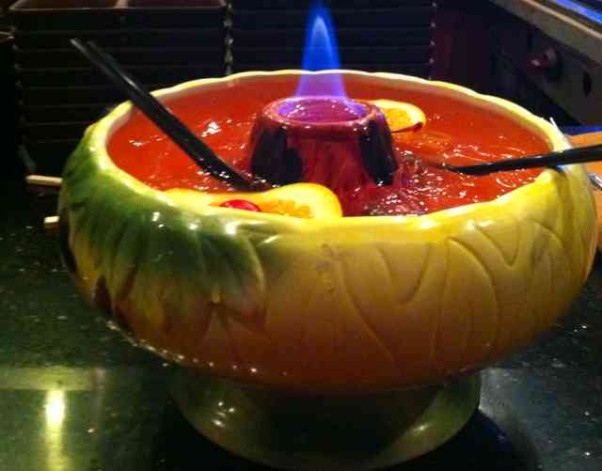 Enjoy a scorpion bowl or other tiki drink at The Royal’s Kon-Tiki night Monday. (Photo: Pinterest)

Inspired by Kon Tiki, the famous 1947 expedition which took Norwegian explorer and writer Thor Heyerdahl from South America to the Polynesian islands, The Royal will showcase lesser-known South American spirits in classic and original Polynesian-themed cocktails. Spirits such as Rujero Singani, a Bolivian brandy, Avua and Boca Loca cachacas, El Dorado and Ministry of Rum Collection rums imported from Guyana and more will be highlighted in cocktails throughout the evening. The tiki cocktails are all priced at $8.

Next month’s Royal Knights will take place on Feb. 8, themed around all-things-amari and bitter. 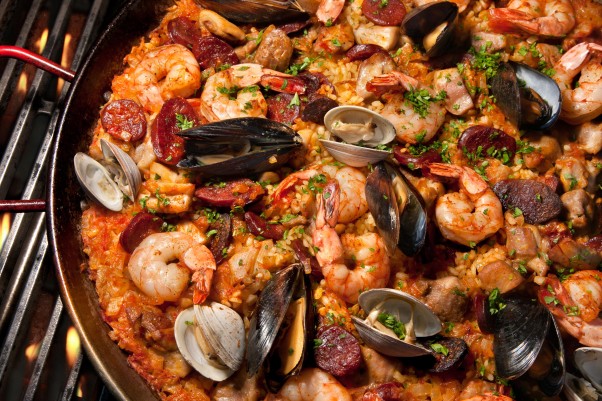 Learn to make Paella Valenciana and other Spanish dishes with chef Greg Basalla at G on Tuesday. (Photo: Chowhound)

Basalla will teach the methods behind Paella Valenciana, black fideua, a noodle paella, and torrada de escalivada, a grilled country bread with smoky eggplant and red peppers. Vegetarian variations will be included.

Tickets for the class cost $101.22 and are available online.

Vinoteca, 1940 11th St. NW, will begin its winter wine classes from 7-9 p.m. Tuesday. The bimonthly, six-class series explores the topics in wine every other Tuesday from Jan. 12-Mar. 22.

Vinoteca is offering wine classes every other Tuesday through March. (Photo: seek_04/Instagram)

Wine director Kate Chrisman will lead vino-lovers through a world-hopping journey in the restaurant’s upstairs lounge. Each class will explore and pour five to six different wines and include “travel snacks” from executive chef Lonnie Zoeller designed to pair with the wines.

The series kicks off with wines of northern Italy, from crisp high-acid mountain whites to the Barbaresco and Barolo. This class explores the lands north of Rome and Venice. On Jan. 26, the class will explore California wines.

The Feb. 9 class will focus on central Europe’s wines from the classic Rieslings of Germany to indigenous varietals like Harslevelu and Blaufrankish. On Feb. 23, explore the world of Malbec, one of the most popular varietals in the world. Food-friendly, rich, plush, yet unassuming, guests will explore the history of this popular grape and taste classic examples from all over the globe.

On Mar. 8, participants will expolore offbeat American wines such as a Norton from Missouri and a Vidal Blanc from Virginia. The series concludes on Mar. 22 with whites from the Iberian Peninsula. From lightly floral and aromatic, to screamingly acidic and dry, to elegantly yeasty and fresh, the Iberian Peninsula makes a white wine to please every palate.

All wine classes are $45 per person plus tax and include a tasting of five to six wines and food pairings. Space is very limited to 18 people per class. Register http://www.eventbrite.com/o/vinoteca-7707887149 online.

Praline Bakery & Bistro in The Shops at Sumner Place, 4611 Sangamore Road, Bethesda, is now serving crêpes in its upstairs bistro during lunch, dinner and brunch. 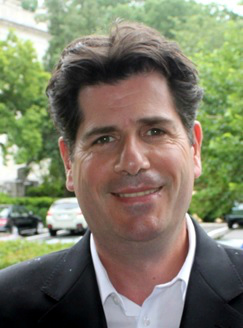 Provence, France native de Decker first worked at the restaurant when moved to the U.S. with his Chevy Chase-born wife and children in 1979, while he improved his English skills and looked for a full-time job. After six months, he moved to the high end French furniture studio Roche Bobois Paris in Chevy Chase initially as a sales manager and was soon promoted to the store’s general manager. Later, de Decker acted as Le Ferme’s owner Alain Roussel’s interior designer with Roche Bobois and real estate agent with Stuart and Maury Realtors. They are now neighbors.

“La Ferme had been one of the most pleasant work experiences in my life. I love the environment, the hard work, the camaraderie, the challenges and the pleasure of hosting people to give them a good time,” de Decker said.

De Decker grew up in Orange, Provence on his family farm where his parents still live and farm. He still returns home in the fall to help with the annual harvest. After graduating from business school in Strasbourg, he worked for Dannon Co. and Hewlett-Packard France before studying interior decorating and upholstery.

A longtime member of the French American Chamber of Commerce and American Contract Bridge League, de Decker continues to love French bistro food, wines from the Cotes du Rhone including his favorite Château de Beaucastel and his grandmother’s recipe for gratin dauphinoise, a traditional regional French dish made with potatoes and crème fraîche from the historic Dauphiné region in south-east France.

Plans for La Ferme include celebrating the 30th anniversary, as well as the addition of a new bar area, “Cognac,” coming this spring. In addition to offering handcrafted cocktails, an array of wines by the bottle or glass, new additions to the menu include a special bar menu featuring small plates and charcuterie selections.