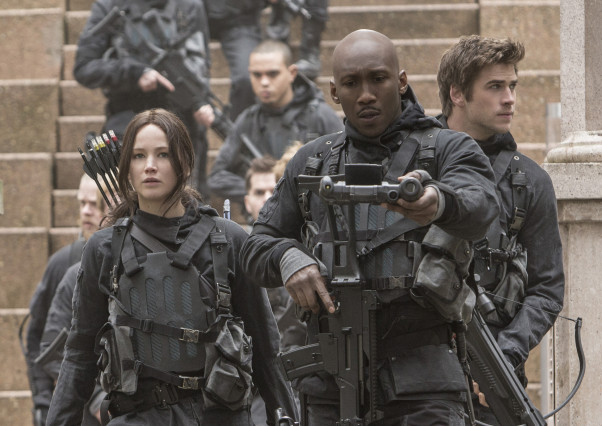 Krampus debuted in second place with $16.29 million. The holiday themed PG-13 horror film from Universal Pictures outpaced expectations and performed very well with its modest production budget in mind. The film’s debut was made even more impressive by the fact that the weekend after Thanksgiving weekend is historically one of the toughest weekends of the year to open a film in wide release. Krampus will hope to see its holding power aided by the holiday season.

It was a very close race between Creed and The Good Dinosaur for third place. The Good Dinosaur ultimately had the edge with $15.32 million. The 3D computer animated film from Walt Disney Studios and Pixar fell a sharp 61 percent from its opening weekend. Non-holiday themed family films typically experience sharp declines the weekend after Thanksgiving weekend, but the decline for The Good Dinosaur was sharper than usual. With a 12-day start of $75.76 million, the movie is running below pre-release expectations. It will be especially important for The Good Dinosaur to stabilize next weekend, especially with Disney’s Star Wars: The Force Awakens opening the following weekend.

Warner Bros. Pictures and MGM’s Creed placed in fourth with $14.99 million. The critically acclaimed seventh installment of the Rocky franchise was down 49 percent, which represented one of the weekend’s stronger percentage holds among wide releases. In comparison, 2006’s Rocky Balboa fell 43 percent in its second weekend to gross $10.57 million. Creed has grossed a stronger than expected $64.59 million in 12 days. That places the film a healthy 35 percent ahead of the $47.94 million 12-day gross of Rocky Balboa. Going forward, Creed will hope to hold up well against increased competition with the aid of its strong word of mouth.

In semi-wide release, Open Road’s Spotlight and Fox Searchlight’s Brooklyn placed in eighth and ninth respectively with $2.80 million and $2.44 million. Spotlight was down 36 percent from the previous weekend upon adding another 83 locations. Brooklyn was down 38 percent upon adding 61 locations to its count. Respective 31-day grosses for the awards season hopefuls stand at $16.51 million for Spotlight and at $11.22 million for Brooklyn.