Chef Jonah Kim will open Yona, a Japanese/Korean noodle bar and small plates restaurant in Ballston beginning today for lunch from 11:30 a.m.-3 p.m. Then on Friday, dinner service will begin. 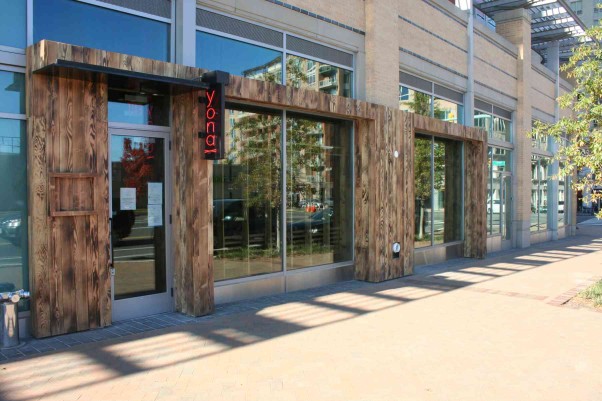 The 1,500 square-foot, 50-seat restaurant at 4000 Wilson Blvd., Arlington – Yona’s entrance is around the corner on North Quincy Street — is located in the same building as partner Mike Isabella’s Kapnos Taverna and Pepita, although the former Top Chef contestant is only a business partner and isn’t behind the menu.

Kim formerly was the executive chef at Pabu, Michael Mina’s restaurant at the Four Seasons Hotel in Baltimore, which closed in June 2014. During Kim’s tenure, the restaurant was named a James Beard Award semi-finalist for Best New Restaurant in 2013. Prior to Pabu, Kim was executive sous chef or chef de cuisine at RM Seafood and DJT in Las Vegas, Blue Fin and Harbour in New York City and Uchi in Austin, Texas.

Natalie Park Design Studio designed the restaurant. Outside, the façade is covered in Douglas fir that has been charred using the traditional Japanese Shou Sugi Ban method. The interior is inspired by Japanese minimalism with exposed natural cedar beams, tables and benches. The woodwork provides contrast to the white tiled open kitchen and eight-seat bar, the concrete floor and the black slate walls and black chairs. There are two communal tables as well as several individual tables. 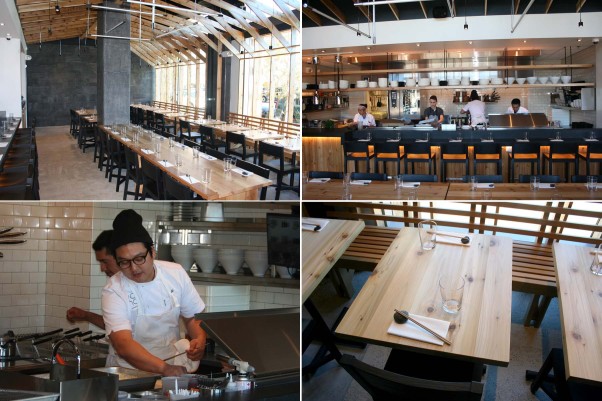 “There’s something about a truly substantial about a warm bowl of soup that people don’t expect from a ramen place,” Kim said. “That’s still the focal point, but I think guests will be surprised by a non-traditional approach to it, especially with the cold dishes on the menu. And I think people are going to be surprised by the small plates, which really gave me an opportunity to blend some Korean flavors with traditional Japanese dishes.”

Kim said the small plates are like bonchon, Korean side dishes meant for the whole table. “Sharing crudo or a raw dish before a hot bowl of ramen works really well,” he told DC on Heels.