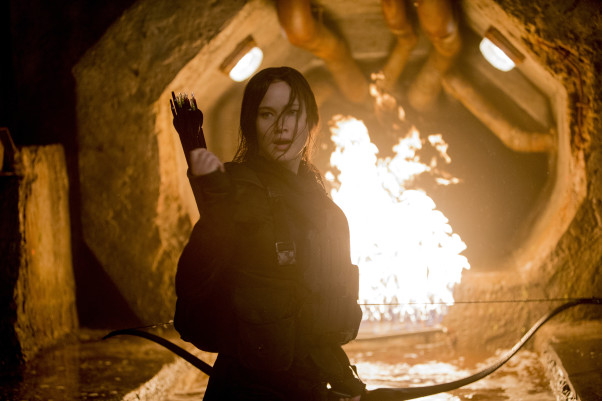 After leading the box office for the previous two weeks, Spectre fell to second place with $15.04 million. The latest installment of Sony Pictures and MGM’s James Bond franchise was down a sharp 57 percent from the previous weekend. Last weekend’s hold was especially lackluster given that Mockingjay – Part 2 wasn’t as dominant as previous Huger Games films have been. Spectre continues to perform on the very low end of expectations with a 17-day take of $154.15 million. That places the film just 9 percent ahead of the $141.42 million 17-day gross of 2008’s Quantum of Solace and 30.5 percent behind the $221.14 million 17-day take of 2012’s Skyfall, though it should be noted that the third weekends for both Quantum of Solace and Skyfall fell over Thanksgiving weekend.

The Peanuts Movie followed in third with $13.20 million. The 3D computer animated adaptation from 20th Century Fox and Blue Sky was down a sizable 47 percent. While that actually represented one of the weekend’s stronger percentage holds among wide releases, The Peanuts Movie continues to display significant front-loading for a well-received family film .The Peanuts Movie has still grossed a solid $99.35 million through 17 days of release. Looking ahead, family films traditionally experience strong holds over the Thanksgiving holiday frame, but The Peanuts Movie will also be facing tough new competition from Disney Studios’ The Good Dinosaur beginning on Wednesday.

Sony’s The Night Before debuted in fourth place with $9.88 million. The R-rated comedy starring Joseph Gordon-Levitt, Seth Rogen and Anthony Mackie debuted below already scaled back expectations. It appears that potential for The Night Before was limited in part from the film coming across as more of a niche comedy as opposed to a more mainstream comedy. On a positive note, The Night Before has a good chance of holding up well throughout the holiday season and the film did carry a modest production budget of $25 million.

Fellow new release Secret in Their Eyes followed in fifth place with a debut of just $6.65 million. The thriller from STX Entertainment starring Chiwetel Ejiofor, Nicole Kidman and Julia Roberts debuted below already modest expectations. The cast of ultimately wasn’t enough to bring in moviegoers and mixed reviews didn’t help matters either.

Meanwhile, upon expanding into moderate release last weekend Open Road’s Spotlight took eighth place with $3.53 million. The awards season hopeful starring Mark Ruffalo and Michael Keaton registered a solid average of $6,026 from 598 locations. However, it does appear that Spotlight could have problems building momentum as it expands further given how much its per-location average tailed off last weekend. Spotlight has grossed $5.88 million in 17 days.