A cure for the common cold isn’t in the crystal ball of an infectious diseases researcher and physician at St. Louis University’s Center for Vaccine Development. 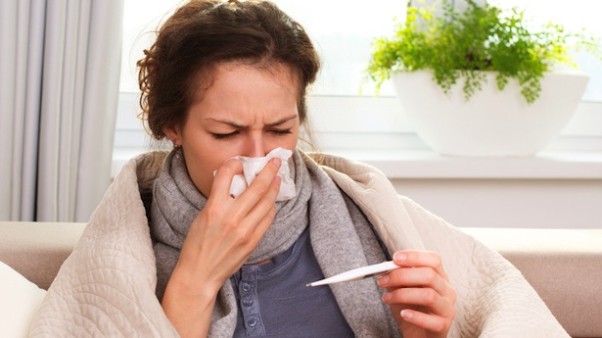 Do you just have the common cold or a more serious virus? (Photo: Shutterstock)

“There’s not likely to be a vaccine or cure developed because colds don’t kill people or make them seriously ill,” says Dr. Donald Kennedy, professor of internal medicine at St. Louis University and a SLUCare infectious diseases expert. “They don’t have a major impact on overall health or the economy because many people keep on working even if they have a cold.”

In addition, many strains of rhinovirus and coronavirus -– which are sources of respiratory infections -– also cause colds, so there is no one single virus to target. “That helps explain the reason people can get repeated colds. They’re probably getting a different virus from the last one, a virus they’re not immune to,” Kennedy said. “You also can get two viruses at the same time, with overlapping symptoms.”

Not all respiratory infections are the same. Some have more debilitating symptoms and serious health consequences than others. Some are seasonal, others occur at any time of the year.As anyone who has spent a vacation on the beach with the sniffles knows, colds can occur at any time of year. They know no season.

Seasonal influenza -– as the name implies -– is another matter, Kennedy says, typically occurring in the U.S. from October to February, for six to eight weeks. And as it infects 60 to 70 million people a year, influenza kills an estimated 40,000 U.S. residents each year. Funded by the National Institutes of Health, St. Louis University’s Center for Vaccine Development conducts extensive research on influenza vaccines because protecting people from flu is a significant public health initiative.

So as patients get their annual influenza vaccines because flu season is around the corner, Kennedy answers questions about the invasion of the viruses that can make us feel miserable. 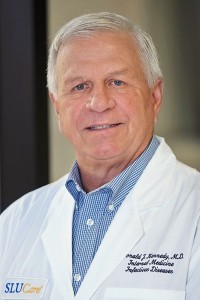 How can you tell the difference between the flu and a cold?

If you have to ask, you don’t have influenza, Kennedy says. “A cold is just a runny nose. Typically, you don’t even cough. You carry Kleenex and you blow your nose. Maybe you don’t feel perfect, but colds are not that big of a deal. Most people get a couple colds a year, and they last for about a week.”

Influenza is an entirely different story. “If you get the real flu, you are achy, run a high fever and feel as if you can’t get out of bed. You won’t be able to come into work, and you shouldn’t want to transmit influenza to others,” Kennedy says. “You could have fever, chills, muscle aches all over your body, fatigue, a cough, sore throat and a headache. And you could have a runny or stuffy nose, which you also get with a cold.”

Maybe you feel that you are able to function, yet more miserable than just having a stuffy nose. You might have parainfluenza, which is a respiratory virus with symptoms that include fever, runny nose, sore throat and cough. Anyone can get parainfluenza, but it is most common in children, those with weakened immune systems or older adults. Parainfluenza can lead to bronchitis, croup and pneumonia. “A flu shot won’t protect you from parainfluenza because it is a different virus than influenza,” Kennedy says.

Should I stay home?

Not if you have a cold. Wash your hands, bring your tissues and persevere, Kennedy says. Absolutely, if you have influenza. “We don’t want you transmitting the virus to others.”

Maybe, if you have parainfluenza or another type of respiratory infection. Let your symptoms guide you. “Whether to stay home really is based on if you have a disease that is going to be communicable to others. If you have a fever of 100.5 degrees Fahrenheit, that’s usually significant for a systemic illness,” Kennedy says. “But use your judgment. Your temperature fluctuates throughout the day, depending on when you take it. So there’s really no set number that is the magic ‘you’re sick’ indicator.”

Why does flu occur in winter?

“Nobody really knows,” Kennedy says. “It stands to reason that we are in closer contact indoors with each other in the winter, but we really don’t know.”

Influenza is transmitted in the air when someone coughs or sneezes and those droplets land in the mouths or noses of someone nearby. It also spreads the same way colds are transmitted –- through hand-to-hand contact. Someone who is infected touches his nose or mouth, touches someone else’s hand and that person touches her nose or mouth.

Why do some people seem to get sicker with upper respiratory infections than others?

Two things likely are at play, Kennedy says, dose and host. “You’re more likely to get a bad case of flu sleeping next to someone who is coughing and sneezing all night rather than riding the bus for 15 minutes next to someone who has influenza. It’s the amount of virus that you’re exposed to. The host’s ability to fight this off also is relevant. Someone who has a compromised immune system -– who is fatigued, doesn’t eat right, is pregnant or has an underlying health problem -– is likely to get sicker as well.”

Is there anything you can do to make a cold go away?

Not really. Drink a lot of fluids and treat your symptoms. The infection will run its course in about a week. If you have the flu, you may shorten its duration by 24 hours if you call your doctor at the first sign of symptoms to get a prescription for Tamiflu or Relenza, which are antiviral medications. “These drugs reduce symptoms slightly, but only if they are taken early,” Kennedy says. “And you have to be careful not to overuse them because the virus can become resistant to the medicine.”

Is there a silver lining in getting the flu?

“If you get the flu this year, the chance of getting it next year is less likely because you boosted your immunity,” Kennedy says. And if you really hate the possibility of getting the flu, get vaccinated. It’s the one thing you can do to reduce your odds of being laid up for days with influenza, he says.