11 Things to Do This Weekend in the DMV

Thanksgiving is almost upon up, and holiday events are in full swing. Here are some things to do from ice skating at Canal Park to visiting the reopened Renwick Gallery to fill your weekend. 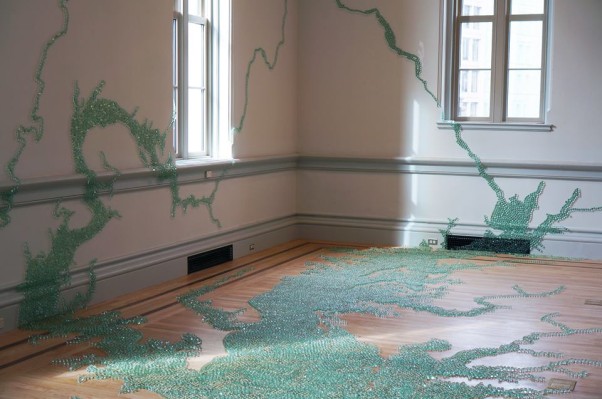 Maya Lin and her assistants used 2,000 pounds of fiberglass marbles to form a map of the Chesapeake Bay. (Photo: Ron Blunt/Renwick Gallery)

The Renwick Gallery reopens this weekend after a two-year renovation. The Smithsonian museum devoted to American art and craft is celebrating with a tribute to the 152-year-old building, which served as the original home of the Corcoran and shares a street with the White House. For “Wonder,” the Renwick is filling its rooms with huge, site-specific installations by nine artists. The museum also will host a festival on Saturday, with musicians performing all day in the Grand Salon, including Barry Louis Polisar at noon, demonstrations in the Octagon Room, stilt walkers and a docent tour at 1 p.m.

Shop the gift shops from 18 museums and galleries at Strathmore’s Museum Shop Around. (Photo: Strathmore)

The holiday shopping season is in full swing, and the 26th annual Museum Shop Around event at the Strathmore mansion offers gift from 18 area museums and cultural shops all in one spot. Participating museums include The National Geographic Museum, Hillwood Museum, the John F. Kennedy Center for the Performing Arts, the Phillips Collection, the International Spy Museum, the National Building Museum, the National Museum of Women in the Arts and more. 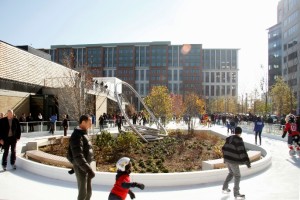 It’s that time of year again and the Canal Park ice rink reopens this weekend for the season. Open daily, including Christmas and New Year, the rink offers lessons, cartoon skate every Saturday from 11 a.m.-1 p.m., Rock n Skate Fridays from 7-9 p.m., 2 for 1 Tuesdays from 4-6 p.m. and College Night from 6-9 p.m. Tuesdays with $2 off with college ID. 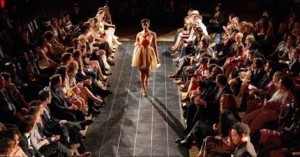 Celebrate Fashion Fights Poverty’s 10 years of doing good while looking good in fashion that empowers. The gala includes a cocktail reception, runway presentation with emcee Will Thomas from Fox 5.

Twyla Tharp celebrates her 50 years of dancing with a show at the Kennedy Center this weekend. (Photo: Walter Whitman)

Choreographer Twyla Tharp, a 2008 Kennedy Center honoree who also has Tony and Emmy awards on her shelf, refuses to coast on her 16-city Twyla Tharp 50th Anniversary Tour. The 74- year-old is debuting two pieces, “Preludes and Fugues” and “Yowzie,” tinkering with them throughout the 10-week run, which celebrates five decade of dance. 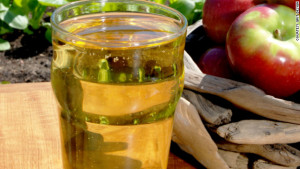 Virginia celebrates Cider Week with events all over including in Alexandria. (Photo: Cider Week Virginia) 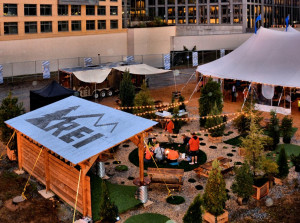 Wunder Garten closes for the season on Saturday, but is having its end of season party on Friday. (Photo: Wunder Garten)

Wunder Garten will hold an end-of-season party at the outdoor, pop-up beer garden in NoMa celebrating its first year in business. It’s last day of operation for the year is Saturday. Enjoy German beers and a few locals with drink specials, s’mores, live music and prizes and giveaways. 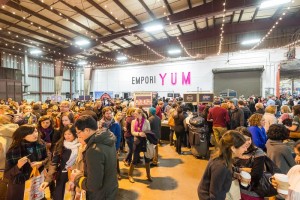 Emporiyum, the food marketplace, is back at Union Market’s Dock 5 this weekend. (Photo: Emporiyum)

The Emporiyum at Union Market gives you a chance to eat, shop and sip from a curated group of vendors from throughout the region. Expect to see familiar D.C. names and newcomers — Maketto, Milk Bar, Swizzler Gourmet Hot Dogs, Timber Pizza, Runningbyrd Tea, Taco Bamba, Bullfrog Bagels and Whisked! to name a few — as well as such out-of-town artisans as Sfoglini Pasta Shop, Kinderhook, Mast Brothers chocolate and Bulls Bay Saltworks.

The WPA celebrate its 40th anniversary with a new space and a new exhibit. (Photo: Lake Conway by Dan Steinhilber)

The Washington Project for the Arts celebrate its 40th anniversary by debuting a new location at the Atlantic Plumbing Building and with a new exhibit, “Washington Produced Artists.” The inaugural exhibition in the new space recognizes local artists who created significant works in conjunction with WPA early in their careers and who have since built esteemed reputations including by longtime D.C. metro-area resident artists William Christenberry, Jim Sanborn, Joyce J. Scott and Dan Steinhilber, The exhibit showcases a mobile public art project created by Workingman Collective, a video installation by Michelle Lisa Herman, and an opening reception performance by Maida Withers Dance Construction Co. 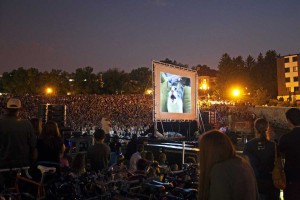 The Internet Cat Video Festival purrs into AFI Silver with 100 minutes of some of the funniest, most ridiculous and charming cat clips from the past year. This is a real thing, LOL The festival, which is on a 31-city tour, drew an audience of 13,000 at the August premiere in St. Paul, Minn, and the videos that made the cut were culled from 15,000 submissions.

In anticipation of its grand opening, the National Museum of African American History and Culture present Commemorate and Celebrate Freedom, a video display projected on the south (facing Madison Drive) and west (facing 15th Street and the Washington Monument) exterior of the museum featuring a display of projected images from the museum’s collection. The images commemorate the ratification of the 13th Amendment, passage of the Voting Rights Act and the end of the Civil War 150 years ago. The outside of the museum will be transformed into a five-story-tall, one-block-long 3D canvas. The display is seven minutes long and will run continuously.

Nov. 16-18 from 5:30-9 p.m. at the National Museum of African American History and Culture, Madison Drive between 14th and 15th Streets. Admission is FREE!