Spectre and Peanuts Bring Down The Martian

Spectre debuted in first place last weekend (Nov. 6-8) with $70.40 million. The latest installment of Sony Pictures’ and MGM Pictures’ James Bond franchise opened on the low end of expectations. Compared to the most recent opening weekend performances of the James Bond franchise, Spectre opened 20 percent below the $88.36 million start of 2012’s Skyfall and 4 percent ahead of the $67.53 million opening of 2008’s Quantum of Solace. However, the opening weekend take of Quantum of Solace stands at $78.91 million when adjusting for inflation. While Spectre was off to a solid start, the goodwill with audiences left behind by Skyfall didn’t help lead to a break-out debut for Spectre. Mixed reviews, especially from North American critics, appear to have taken a toll on the film’s potential. The film and the marketplace in general could receive an added boost this coming weekend with not much expected from new wide releases. 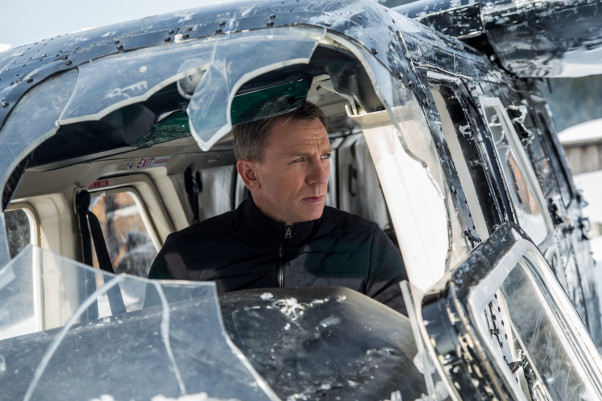 The Peanuts Movie finished in second with $44.21 million. While the long-awaited 3D computer animated adaptation from 20th Century Fox and Blue Sky debuted well behind Spectre, The Peanuts Movie performed more in line with pre-release expectations and is likely to hold up far better than Spectre going forward. The opening weekend performance of The Peanuts Movie, along with the film’s strong critical reception, suggests that there will be more Peanuts films in the future. It is important for the movie to hold up well over the next couple weeks, especially with Disney’s highly anticipated The Good Dinosaur entering theaters on Wednesday, Nov. 25.

After leading the box office four of the past five weekends, fellow 20th Century Fox release The Martian fell to third with $9.07 million. The blockbuster Ridley Scott directed 3D sci-fi film starring Matt Damon was down just 22.5 percent from the previous weekend. That represented an exceptional hold, especially given the new direct competition the film faced from Spectre and that last week’s one-week IMAX run for The Martian is over. The Martian is on the verge of reaching the $200 million domestic mark with an impressive 38-day gross of $196.84 million. That places the film 18 percent ahead of the $166.75 million Interstellar grossed after 38 days of wide release and 15 percent behind the $231.25 million 38-day take of 2013’s Gravity.

Goosebumps claimed fourth place with $6.80 million. Sony’s 3D horror comedy starring Jack Black was down 31 percent from the previous weekend. Goosebumps continues to perform in line with expectations with a 24-day gross of $66.28 million.

In limited release, Open Road’s Spotlight was off to a nice start with $295,009 from five locations in New York, Los Angeles and Boston. That gave the awards season hopeful starring Mark Ruffalo and Michael Keaton a promising per-location average of $59,002 last weekend. Spotlight will receive a major expansion this Friday and is scheduled to go into moderate release on Nov. 20.

Elsewhere in limited release, fellow awards season hopeful Brooklyn took in $187,281 from five locations in New York and Los Angeles. That gave the critically acclaimed film starring Saoirse Ronan and Domhnall Gleeson a per-location average of $37,456. Since its debut on Wednesday, Brooklyn has grossed $243,670 in five days. Brooklyn will expand into more locations this coming Friday and will continue to expand into additional locations throughout November.