Ghoulish Activities for Your Halloween

Halloween is Saturday, and the bewitching hour has begun. There are plenty of Halloween activities to fill your weekend from friendly-friendly events to those your should leave the kids at home for. 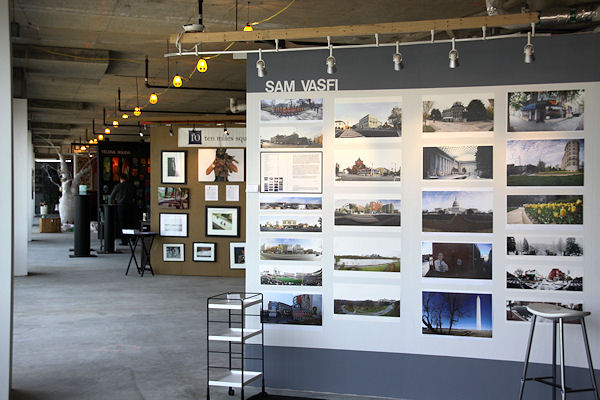 A photography display at a previous Artomatic, which opens in Hyattsville this weekend. (Photo: JDLand)

Artomatic, the DMV’s big, unjuried arts experience in which participating artists are selected on a first-come, first-served basis, will take place in Hyattsville this year featuring everything from paintings and poetry to comedy and music performances. The show includes visual and performing artists and filmmakers. Search for something that strikes your fancy or savor the sights and sounds while enjoying a drink.

Oct. 30 through Dec.12 except Mondays and Tuesdays from 5-10 p.m. Wednesdays and Thursdays 11 a.m.-midnight Fridays, Saturdays and Sundays at 8100 Corporate Dr., Hyattsville. Admission is FREE! 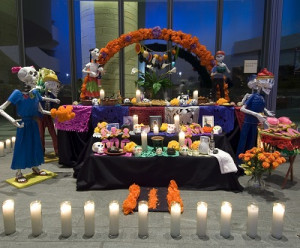 The Smithsonian’s National Museum of the American Indian kicks off El Día de Los Muertos or Day of the Dead celebrations with a concert Friday by Quetzal, a Grammy Award-winning band out of East Los Angeles. Events continue throughout the weekend with discussions, demonstrations of food, dance and crafts, and readings by authors Francisco X. Alarcon and Caridad de la Luz. You can also learn how to create papel picado butterflies, marigolds and sugar skulls.

Head over to the Arts Walk at Monroe Street Market to enjoy dinner and a free movie featuring Johnny Depp in Edward Scissorhands. Participating restaurants will feature special promotions while a free outdoor movie will be shown beginning at dusk. Don’t forget your lawn chair. All guests receive a free bag of popcorn. Participating restaurants include Halsa with 15 percent off your dinner check, Potbelly with a free cookie or drink with entrée purchase and Brookland Pint with 10 percent off any entrée.

Oct. 30 at dusk at the Arts Walk at Monroe Street Market, 716 Monroe St. NE. The movie will be shown at the bottom of the Arts Walk near the Metro. Admission is FREE! 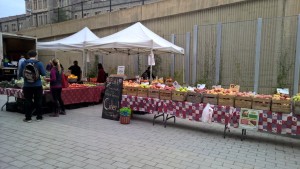 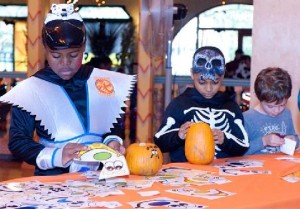 Glen Echo’s Fall Frolic is a family-friendly event that features a pumpkin patch in which visitors can pick out and purchase a pumpkin for $1 each to decorate at a craft table. Guests can also trick or treat at Glen Echo Park’s studios, galleries and theaters. There will also be face painting ($1-$2) and other free crafts such as decorating trick-or-treat bags as well as pumpkin themed games with prizes. 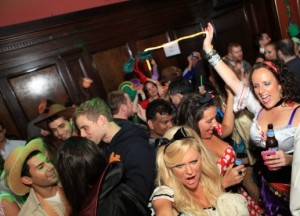 Costumed partiers will visit 30 bars on Halloween drinking and partying. (Photo: Guest of a Guest)

Oct. 31 from 3 p.m.-midnight at 30 bars starting at James Hoban’s, Sign of the Whale, Gryphon and Exchange in Dupont, Bar Louie in Gallery Place or Sudhouse on U Street. Tickets are $35. 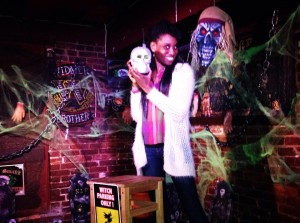 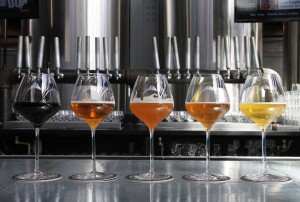 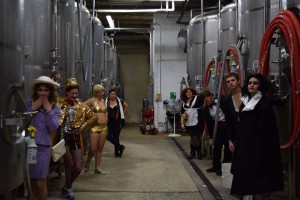 The Sonic Transducers, who perform The Rocky Horror Picture Show monthly at E Street Cinema, are teaming with DC Brau for a Rocky Horror Tasting Show. DC Brau, which is also commemorating the event with free T-shirts, will start pouring free beer tastings in the lobby, leading up to a costume judging.