Enjoy the Outdoors As Summer Wraps Up

School is back in session in most area school districts, Labor Day is right around the corner and it will soon be time to put away your whites and shorts. But this last unofficial weekend of summer still has many outdoor activities for you to enjoy. The Nationals are offering $5 tickets and the Maryland Renaissance Festival opens its 39th year along with many other events. 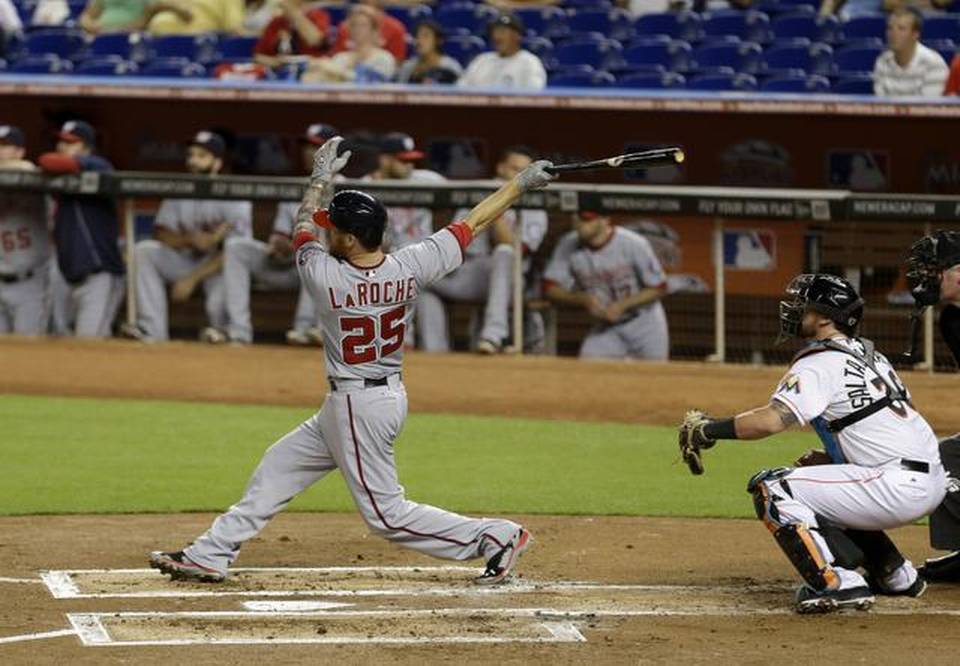 The Washington Nationals host Fanfare this weekend as they take on the Miami Marlins. Tickets for the Friday, Saturday and Sunday games are $5 each and are only available online while supplies last. On Friday, the first 25,000 fans receive a Nationals T-shirt courtesy of American University. Saturday is ‘80s Night so bust out your legwarmers and tease your hair. And Sunday the first 25,000 fans receive a “Great Moments in National History” bobblehead, featuring Jayson Werth’s Game 4 walk-off home run from the 2012 NLDS. There will be a school supply drive Sunday and fans are encouraged to bring new school supplies to the Center Field Gate. Supplies will be donated to D.C. area students, and kids 4-12 are invited to run the bases on the field following the game.

With summer winding down, so is Jazz in the Garden, the National Gallery of Arts’ weekly summer jazz concert series. Afro Bop Alliance of Annapolis, an Afro-Cuban jazz septet, performs the final show. The seven members of Afro Bop infuse the jazz sound with the rhythm of Afro-Caribbean music. You can bring your own food and non-alcoholic beverages, but beer, wine, sangria and mixed drinks must be purchased from the Pavilion Café. A special menu of appetizers, entrees and salads is also available at the café, while an outdoor grill will serve barbecue pork sandwiches, beef and chicken kabobs and chicken sausages. A gelato cart will also be available.

Aug. 28 from 5-8:30 p.m. at the National Gallery of Art’s Sculpture Garden, Seventh Street and Constitution Avenue NW. Admission is FREE! 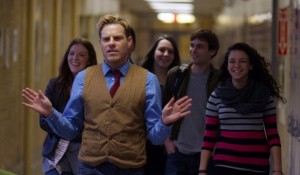 Reel Affirmations, the GLBT film fesival, is back after a few years off. This year it is at the Gala Hispanic Theatre in Columbia Heights. The opening night film at 7 p.m. on Friday is While You Weren’t Looking with the short film The Other Woman and at 9 p.m. Those People with short film Best. The closing night film at 7:15 pm. On Sunday is Guidance.

Aug. 28-30 at various times at the Gala Hispanic Theatre, 3333 14th St. NW in the Tivoli Theater. Opening night films are $25 and include a reception and one free cocktails. General admission tickets are $10, a three-pack of tickets is $20, a six-pack of tickets is $50, a festival pass for all 12 films except opening and closing night films is $110 and an all-access pass with all 12 films and either opening night or closing night is $135. Tickets can be purchased by going to the website and clicking on the day you want to see a movie. 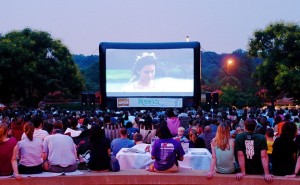 It’s the final Friday for the Rosslyn Business District’s Rosslyn Outdoor Film Fest. The season wraps up with Zoolander. Arrive early for preshow games and prizes, and take part in the scavenger hunt to win VIP seating and snacks. Take a picnic or enjoy dinner and drinks at one of the nearby restaurants. 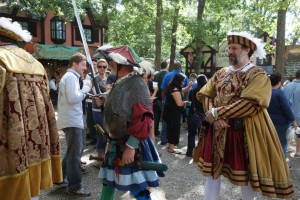 School has started in the District and Maryland, Labor Day is next weekend and the Maryland Renaissance Festival opens its 39th season this weekend. This year, the Ren Fest is set in 16th century Revel Grove, Oxfordshire, England, as the village prepares for a royal visit from King Henry VIII and his queen. Dress appropriately, frolic with your family and feast on meat on a stick. There’s entertainment on 10 stages including sword swallowing, jousting, minstrels, musicians, jugglers, mimes and more. 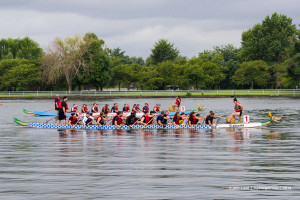 The second annual Capital Dragon Boat Regatta sails out of National Harbor to the Washington Channel this weekend, Teams of 20 rowers on long, colorful boats will compete in races of 500, 1,000 and 2,000 meters. Spectators will have access to a beer garden and food from King Rib. 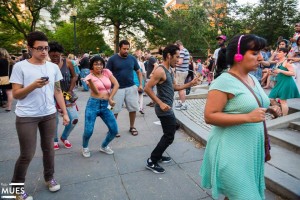 Show up. Plug in. Press Play. Dance. The Silent Disco Dance Party at Dupont Circle fountain is that easy. Participants download the playlist ahead of time and simultaneously fire up that music and start dancing – all while wearing head phones. That’s the silent part. Hundreds of people flocked to the fountain in the circle for the first party in June. Expect more people dancing and watching this time around.

Yoga in the Park 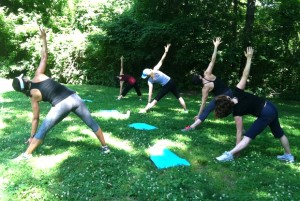 This is the last Sunday to practice yoga in Dumbarton House’s East Garden. (Photo: Washingtonian)

This is the last Sunday for Dumbarton House’s Yoga in the Park, a guided yoga session. The session is in Dumbarton’s East Park — an oasis from the summer baked brick that surrounds D.C. The class is 60 minutes followed by a meditation. Be sure to take advantage of that limber state and tour the historic Federal Period home when the museum opens at 11 a.m. Take a yoga mat and wear something comfy to enjoy a relaxing experience in one of the lovely gardens. 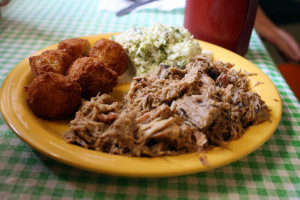 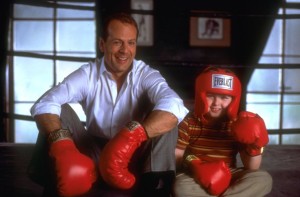 Bruce Willis and Spencer Breslin star in Disney’s The Kid, which will be shown at National Harbor on Sunday. (Photo: Disney)

Nothing says summer like an evening under the stars, and there’s no better way to enjoy the season than Movies on the Potomac at National Harbor. Pack your chairs, grab food to go from one of the area restaurants and meet at the Plaza’s jumbo screen. This week’s screening is Disney’s The Kid starring Bruce Willis.