School opens in many school districts today. Labor Day is just two weeks away. Summer is winding down, but that means the August restaurant lull is about to end. We’re still awaiting word on just when Momofuku and Milk Bar will open in CityCenterDC, but here is a list of 12 other anticipated fall restaurant openings in the DMV – many are which are headed to the Shaw neighborhood of northwest D.C., which is the current hot neighborhood. 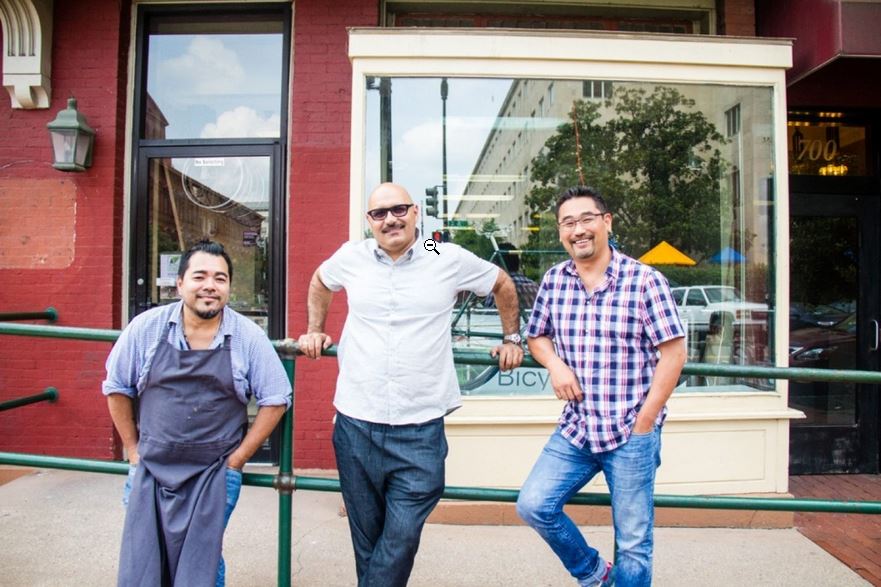 Daisuke Utagawa, Yama Jewayni and chef Katsuya Fuushima, the trio behind Daikaya ramen bar and izakaya, will open Bantam King around the corner in the former Burger King at 700 Fifth St. NW in Chinatown. The new restaurant will specialize in chicken ramen and Japanese fried chicken. A more recent phenomenon, chicken ramen is made with a lighter chicken broth instead of the mix of pork, chicken and beef used at Daikaya. The name is a small homage to the previous tenant and the small bantam chicken that have a reputation for particularly good soup. The inside will still have Burger King’s bones – think fast-food-style booth and trays. The trio is also planning a second Daikaya location in Shaw in late 2015 or early 2016.

Saied Azaili and chef Cedric Maupillier of Mintwood Place plan to open Convivial in Shaw’s City Market at O, 801 O St. NW, early this fall. The 150-seat upscale, casual American café will feature a garden patio. It will meld American and French cuisines often in the form of small plates and operate at a slightly lower price point then Mintwood. 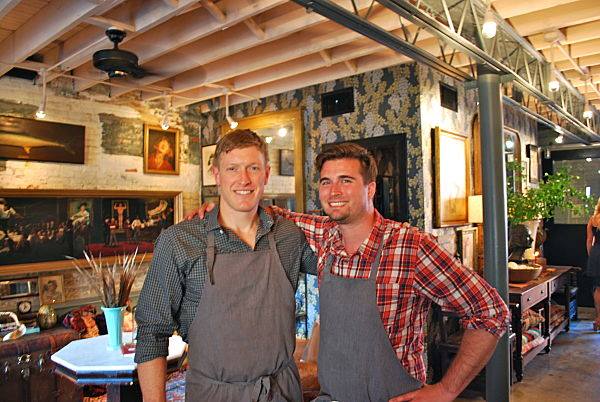 Andrew Zink (left) and Jeremiah Langhorn will open The Dabney in Blagdon Alley. (Photo: The Dabney/Facebook)

Chef Jeremiah Langhorne, formerly of McCrady’s in Charleston, S.C., and business partner Alex Zink will open their much-anticipated restaurant, The Dabney at 122 Blagden Alley NW. The 70 seat restaurant will have a giant wood-burning hearth and a semi-enclosed courtyard. The restaurant bears and old family sur name. The food with be farm-to-table with as many of the ingredients as possible from the Mid-Atlantic. Some may even be foraged by the partners themselves.

Doron Petersan, who owns Sticky Fingers vegan bakery in Columbia Heights and is a two-time winner of Food Network’s Cupcake Wars, will open Fare Well at 406 H St. NE. The bakery, bistro and bar will feature an expanded bread program, a grab-and-go lunch counter, bakery case, full bar program and classic diner-style service and seating. It will serve a wide array of baked savories, vegan American comfort classic and Mediterranean fare. There will also be some of Sticky Fingers’ favorites along with scones, Danishes, croissants and pies.

Chef Rob Rubba will lead Hazel at the Atlantic Plumbing development near the 9:30 Club. (Photo: Hazel/Faceebook)

Neighborhood Restaurant Group — the folks behind Birch & Barley, Bluejacket, ChurchKey, Red Apron and others — will open Hazel at 808 V St. NW in the Atlantic Plumbing development, 2112 8th St. NW near the 9:30 Club. The 38-seat restaurant will serve a progressive American menu from executive chef Rob Rubba, formerly of Tallula. There will also be a 38-seat patio and a 16-seat bar connected to the patio. NRG will also The Sovereign, a Belgian bar and bistro in Georgetown at 1206 Wisconsin Ave. NW. 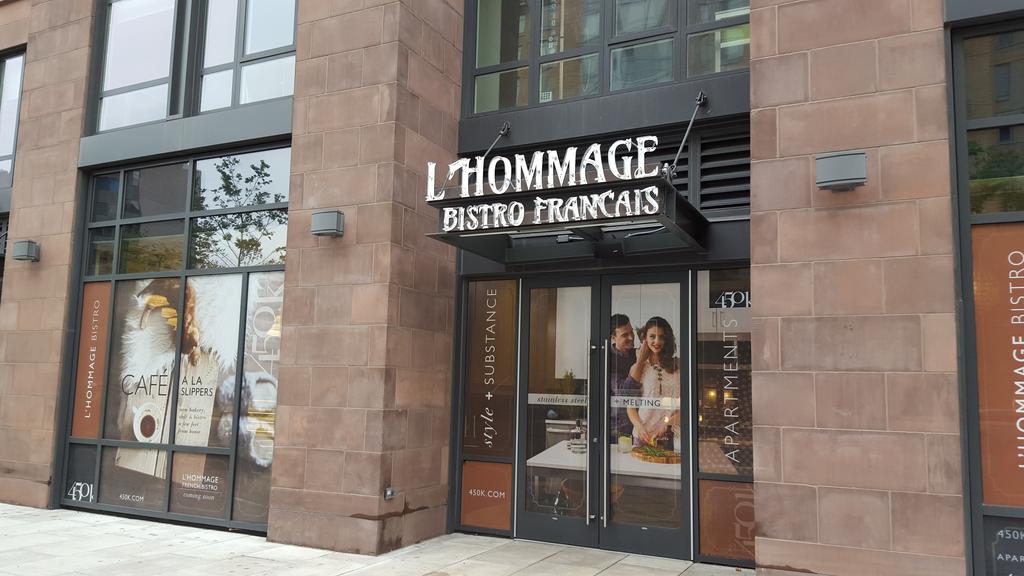 Chef Kwame Onwuachi of New York, colleague Greg Vakiner, building owner Kelly Gorsuch and business consultant Glenn Paik will open The Shaw Bijou in a row house at 1544 Ninth St. NW sometime about the end of November. The 25-year-old chef formerly worked at New York restaurants Eleven Madison Park and Per Se. The 32-seat fine-dining restaurant will serve a 15-18 course tasting menu with dishes including a Japanese Wagyu beef program house-made charcuterie, some table-side preparations and dishes inspired by his Nigerian heritage and childhood in the Bronx. There will also be a second-floor, 50-seat, members-only bar that serves rare liquors. It will be open Tuesday through Saturday. 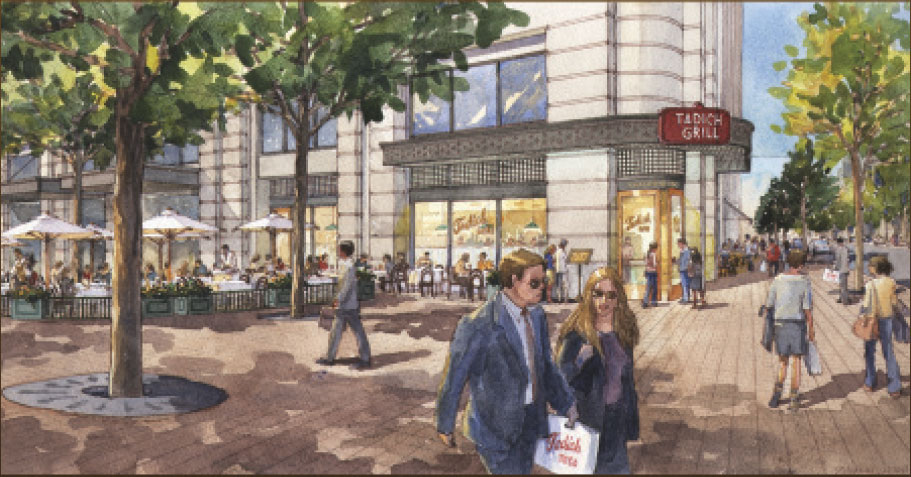 Tadich Grill, the San Francisco-based restaurant that claims to be the third oldest continuously operating restaurant in the county, will open a D.C. outpost at 1001 Pennsylvania Ave. NW, Suite 102. Expected to open Sept. 18, it will feature prime seafood and meats grilled over mesquite. Unlike the original, the D.C. location will take reservations.

Partners Steve Roberts and Paul Capetanakis plan to open Texas Jacks Barbecue at 2761 Washington Bldv., Arlington, in the former Tallula/EatBar space sometime next month. The 145-seat restaurant and bar will serve dishes such as brisket, beef short ribs, pulled pork and sausages as well as weekly specials such as jerked goat and beef cheeks. Executive chef Matt Lang, who won Food Networks 2011 Best in Smoke show, formerly worked at Fette Sau in New York and Hill Country in D.C. (Note: The website is not active yet.) 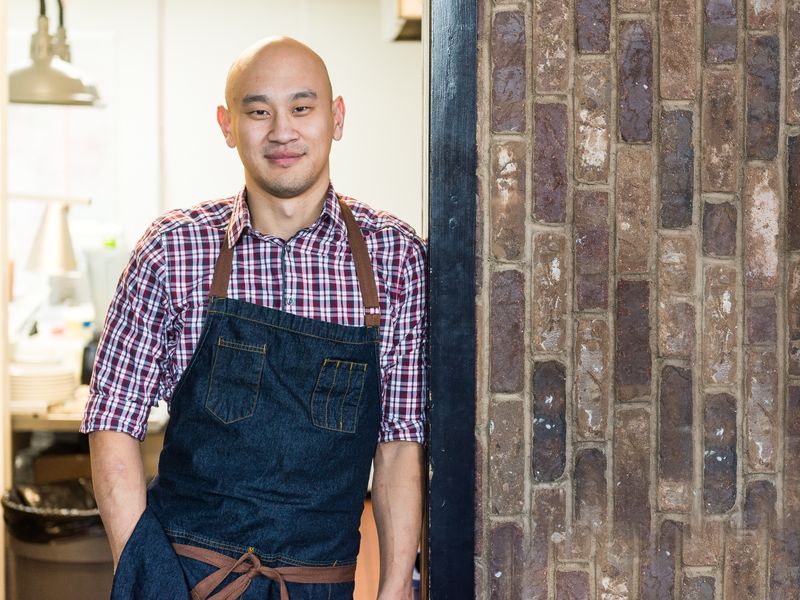 Formerly reported to be named Freehand, Chef Tim Ma of Maple Ave and Water & Wall in Virginia will open his first D.C. restaurant. He dropped the name after receiving a cease-and-desist letter from the Sydell Group which owns a chain of hotels called Freehand in Miami, Chicago and soon, Los Angeles. The as-of-yet unnamed French-Asian bistro will be located in The Shay, 1924 Eighth St. NW in Shaw. Ma is teaming with chef Nyi Nyi Myint of the Tim Ma Restaurant Group with a tentative opening date in November. Ma will also open Chase the Submarine, a sandwich and butcher shop named for his son, at 132 Church St., Vienna, in October.

Chef Jonah Kim, formerly of Pabu in Baltimore, and Mike Isabella will open Yona, a Japanese noodle bar at 4000 Wilson Blvd. in Ballston – in the same building as Isabella’s Kapnos Taverna and Pepita. In addition to ramen, thre will also be Asian small plates such as steamed duck buns, crispy Brussels sprouts with Kewpie mayo, kimchi and Korean-style fried chicken wings.