It is the last weekend before school starts, but there’s still plenty happening in the DMV to keep the kiddos entertained before they have homework to fill their weekends. In fact, the calendar is full of events with something for everyone. And the weather is supposed to be in the mid-80s with comfortable humidity and no chance of rain. 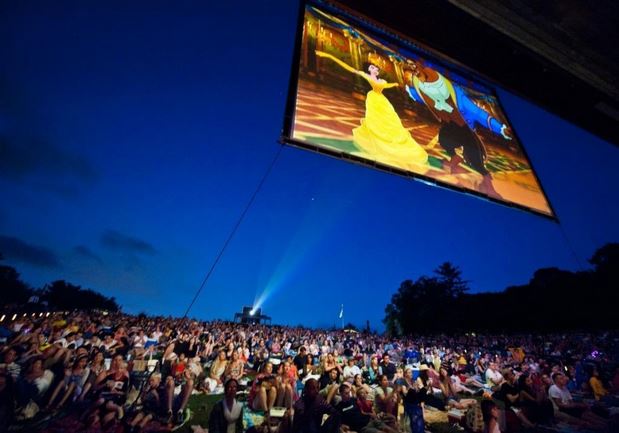 Disney in Concert features music from Disney classics along with clips from the movies. (Photo: Wolf Trap)

Wolf Trap’s latest music-and-video collaboration stars characters and songs from the silver screen that you and your kids know and love. Disney in Concert will feature the Wolf Trap Orchestra playing songs from Frozen, Beauty and the Beast, The Little Mermaid and more, while movie clips from those animated films play on the big screen. There will also be a parade from the Plaza to the Filene Center stage that starts 30 minutes before the show, with kids dressed as their favorite Disney characters. 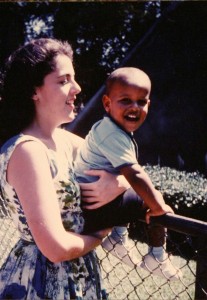 The African Diaspora International Film Festival will feature 13 films including submissions from France, Cuba,, Argentina and some African nations. Films include the D.C. premier of the documentary Obama Mama about Stanley Ann Dunham, Barack Obama’s mother at 6 p.m. Saturday. After the screening, director Vivian Norris will attend a Q&A session. Other films include Reshipment, a documentary about the connections between Cubans and Haitians, and Tengo Negro: The African Roots of Tango, about how African music influenced the South American dance. Other U.S. premiers include Hear Me Move and Bilatena.

Aug. 21-23 at various times at the Goethe-Institut, 812 Seventh St. NW. Tickets are $12 per screening, $10 for students, day passes are $35 for Saturday and $30 for Sunday, and a weekend pass is $75. The opening night film, Christmas Wedding Baby, and Bilatena are both $20 and include the screening, Q&A and reception. The closing night Women in Senegal with Ken Bugul – Nobody Wants Her and Dancing Like Home is $15.

The legacy of poet/musician Gil Scott-Heron, who passed away in 2011, continues with the 15th annual D.C. Poetry Festival in Rock Creek Park. The revolution will be live on Friday as a crop of writers and musicians — including jazz vocalist Giacomo Gates — perform Scott-Heron’s works. 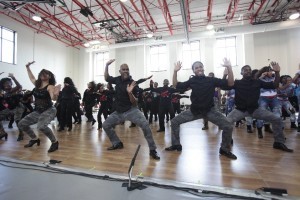 Step Afrika takes its Step Xplosion to all eight wards of the city. (Photo: Step Afrika)

Aug. 21 at 8 p.m at Starburst Plaza, corner of Benning and Bladensburg Roads NE. Admission is FREE, but reservations are recommended. 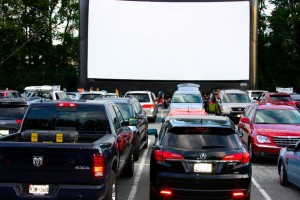 The 19th annual Comcast Outdoor Film Festival, which benefits NIH Children’s Charities, sets up like an old-school drive-in with cars lining up in front of the four-story, 52-foot screen in the parking lot of the Montgomery County Public Schools Board of Education building. You can also take blanks and chairs to sit in the grass. This year’s films get viewers off the ground: How to Train Your Dragon 2 on Friday, Interstellar on Saturday and Guardians of the Galaxy on Sunday. There will be music, carnival games, a moon bounce and food available before the screenings. 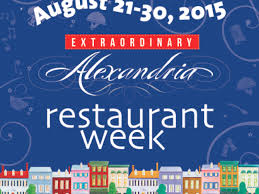 Still hungry after Washington’s restaurant week? Head across the river for Alexandria Restaurant Week, where restaurants more than 60 restaurants will offer three-course dinners or a dinner for two for $35 with $10, $15 and $20 lunch specials

Aug. 21-30 in the Old Town, West End and Del Ray sections of Alexandria. Meals are $35 for three course or for dinner for two; lunch specials are $10, $15 and $20. Menus are available and reservations can be made online. 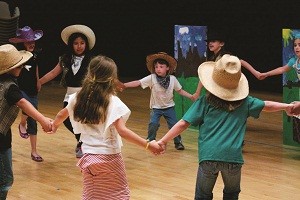 The BlackRock Center for the Arts Open House offers fun activities for families and kids of all ages including art classes, an “Around the World” scavenger hunt with prizes, art exhibits and crafts. Free classes include ballet, piano, cartooning, LEGO art, fairy tale theater, and Improv & Shakespeare for kids and a swing dance class for adults. Art exhibits will be in the gallery and on the front lawn. Also, the Art League of Germantown will hold a fine arts and crafts sale on the lawn. Artist talks include Susan Feller and Janet Weller, whose work is on view in the Kay Gallery, and Jenny Wu, whose interactive exhibit is on view in the Terrace Galley. The Grandsons will perform and there will be a cupcake reception. 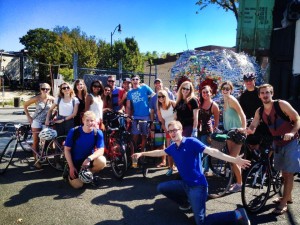 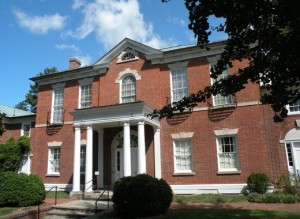 On Aug. 24, 1814 the British army invaded D.C. and razed the public buildings. Dolley Madison, wife of war-time president James Madison, was preparing for another state dinner. After fleeing the White House, the Lansdowne portrait of George Washington safely sent away, Dolley stopped first at the Belle Vue mansion, as Dumbarton House was called at the time, to visit with her friend Charles Carroll, who owned the mansion, before continuing on to Virginia. Celebrate Dolley Day with an afternoon of fun and festivities. The museum will be open for self-guided touring and English Country Dancers will perform at 1:30 and 2:30 p.m with a brief course following each performance. 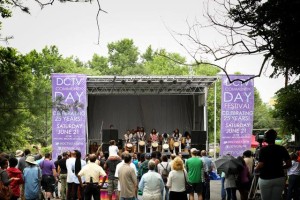 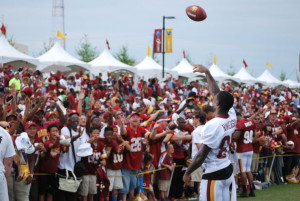 Fans try to get autographs and meet the Redskins players. (Photo: Richmond Times-Dispatch)

The Washington Redskins will hold Redskins Fan Day at Redskins Park in Ashburn. This is not training camp, but if you’re a big burgundy and gold fan who didn’t make it down to the Bon Secours Washington Redskins Training Center for one of the open practices, this is your chance to take pictures, watch practice and workouts and get autographs. You can also enjoy performances by the Redskins Marching Band and Cheerleaders before practice begins. Take blankets or lawn chairs to sit on during practice. 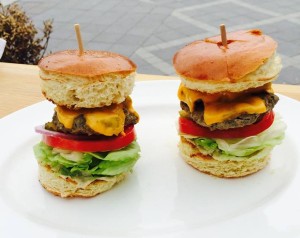 Aug. 23 from 1-4 p.m. at Pike & Rose, 11580 Old Georgetown Road, Rockville. Admission to the block party is FREE, but a $20 ticket for adults or $10 ticket for children 12 and under is required for the unlimited slider taste-off and neighborhood tastings.