Warner Bros. Pictures’ San Andreas demolished expectations in a big way last weekend with a first place start of $54.59 million. The Dwayne Johnson led disaster film proved to be critic proof and no doubt received an added boost from Johnson’s growing fanbase after the recent break-out success of Furious 7. The opening weekend performance of San Andreas was especially impressive when considering the relatively low levels of online buzz the film displayed in the weeks leading up to its release. However, competition will be fierce throughout June, especially from Universal Pictures’ Jurassic World. 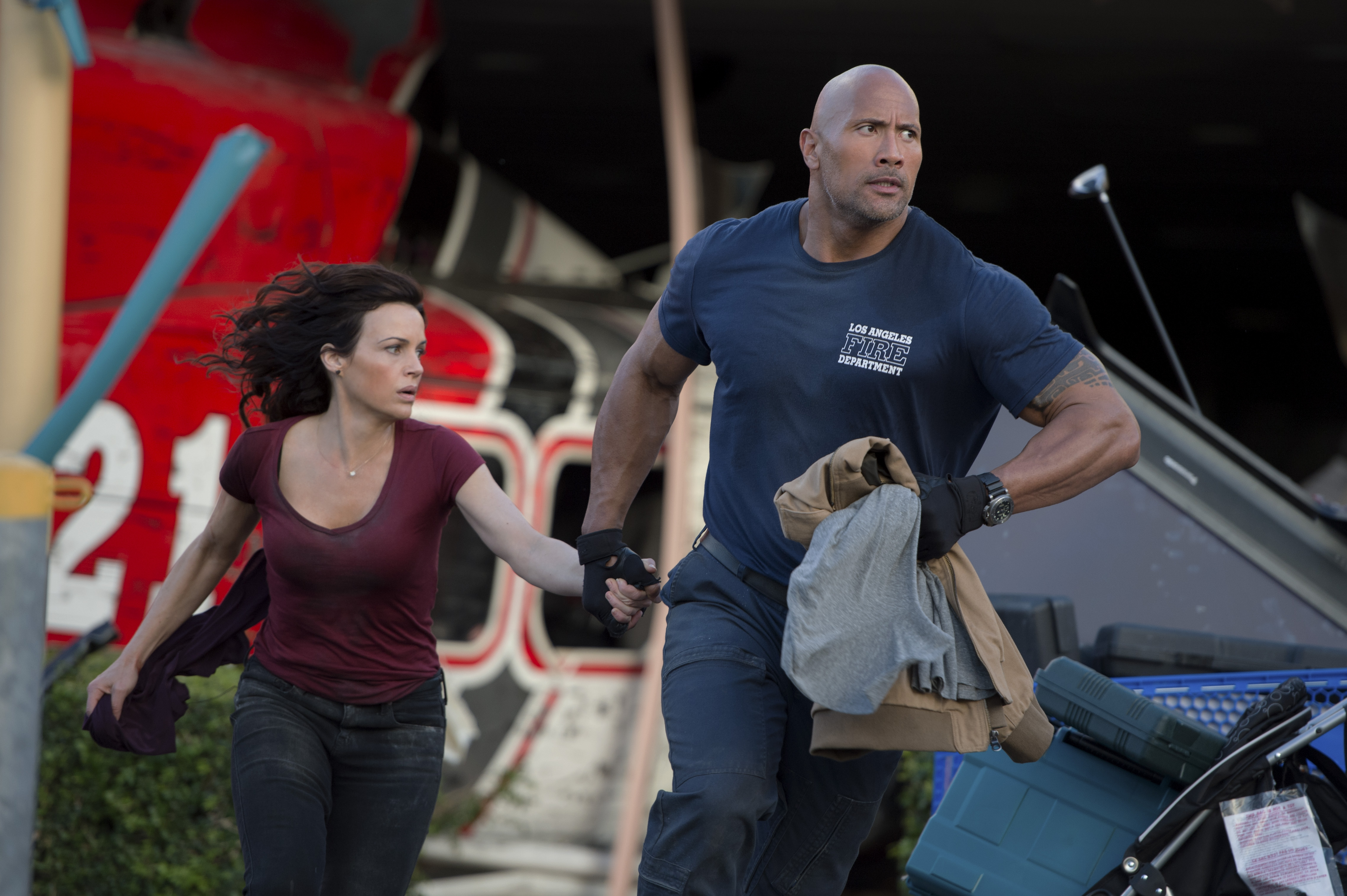 Pitch Perfect 2 placed a distant second with $14.82 million. Universal’s successful musical comedy sequel starring Anna Kendrick was down 52 percent from the previous weekend’s three-day weekend. While Pitch Perfect 2 continues to be quite front-loaded, the film is still outpacing expectations with a 17-day take of $147.52 million. Pitch Perfect 2 could experience another sizable decline this coming weekend with both 20th Century Fox’s Spy and Focus’s Insidious: Chapter 3 entering the marketplace.

On the heels of its already lackluster debut, Disney’s Tomorrowland was down two spots and 57 percent to place in third with $14.30 million. Mixed word of mouth and the break-out performance of San Andreas both clearly took a toll on Tomorrowland last weekend. The pricy Brad Bird directed sci-fi film starring George Clooney has grossed $63.69 million in 10 days of release. Tomorrowland will need to stabilize soon if it is to eventually reach the $100 million domestic mark.

Warner Bos.’ Mad Max: Fury Road followed closely behind in fourth with $14.18 million. The critically acclaimed action film starring Tom Hardy and Charlize Theron was down 42 percent, which represented a solid hold given the added presence of San Andreas. Mad Max: Fury Road continues to perform on the high end of expectations with a 17-day take of $116.47 million.

Avengers: Age of Ultron rounded out the weekend’s top five with $11.40 million. The blockbuster superhero sequel from Disney and Marvel fell 47 percent from the previous weekend. Avengers: Age of Ultron has grossed $427.55 million through 31 days of release. It moved into 10th place on the all-time unadjusted domestic chart.

Meanwhile, Sony’s Aloha was off to a very soft start with a sixth place take of just $9.67 million. The Cameron Crowe directed film starring Bradley Cooper, Emma Stone and Rachel McAdams opened below its already scaled back expectations. Unlike San Andreas, which was able to use Johnson’s recent success with Furious 7 to its advantage, Aloha was unable to see any type of boost from Cooper’s recent success with American Sniper. The one saving grace for Aloha is that the film carried a modest reported production budget of $37 million.

Twentieth Century Fox’s Poltergeist placed in seventh with $8.06 million. The PG-13 horror remake was down a very sharp 64 percent from the previous weekend. Poltergeist has grossed $38.53 million in 10 days. That is towards the lower end of pre-release expectations.