The U.S. Bartender’s Guild-DC Chapter has teamed up with Campari to host D.C.’s Negroni Week to raise money and awareness for charities worldwide. During Negroni Week, June 1-7, a portion of the proceeds from every Negroni or Negroni-related item sold at participating retailers, bars and restaurants will be donated to charity. This year, 47 DMV bars and restaurants will offer their own custom versions of the cocktail. 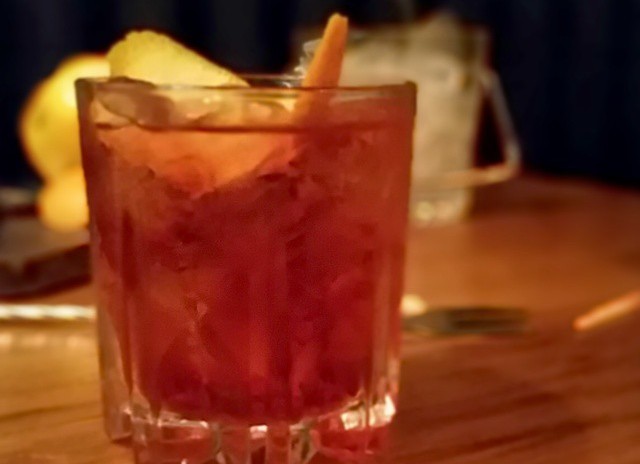 Negroni Week DC will end with “NegroniMania,” a rally of participating restaurants and their respective bartenders and mixologists for one final Negroni toast at Equity Eats, 918 F St. NW on Sunday June 7 from 2-6 p.m. Guests will enjoy unlimited Negroni tastings from participating restaurants as well as heavy hors d’ oeuvres courtesy of Prequel, D.C.’s first successful crowdfunded restaurant. Proceeds from NegroniMania will benefit Miram’s Kitchen. Tickets can be purchased for $60 at http://www.prequaldc.com PrequalDC.com

The Columbia Heights neighborhood is getting two new restaurants. Construction on both is currently underway. 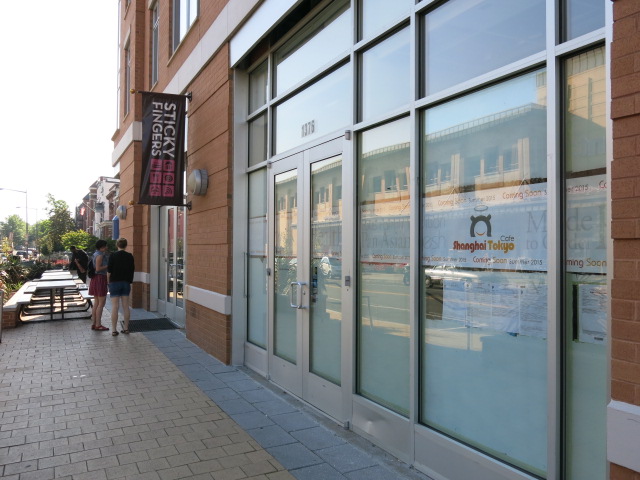 Shanghai Tokyo Cafe will open in Columbia Heights were the former Oxxo drycleaner was. (Photo: Popville)

Shanghai Tokyo Cafe, which as has locations in College Park and Columbia, Md., will open at 1376 Park Road NW in the former Oxxo drycleaners beside Sticky Fingers.

There’s no word on when either restaurant will open.

Hula Girl to open in Shirlington

Mikala Brennan, the owner/operator of the Hula Girl food truck, plans to open her first brick and mortar restaurant, Hula Girl Bar and Grill, in September at 4044 Campbell Ave., Arlington, in the former Aladdin’s Eatery space, which closed last October. 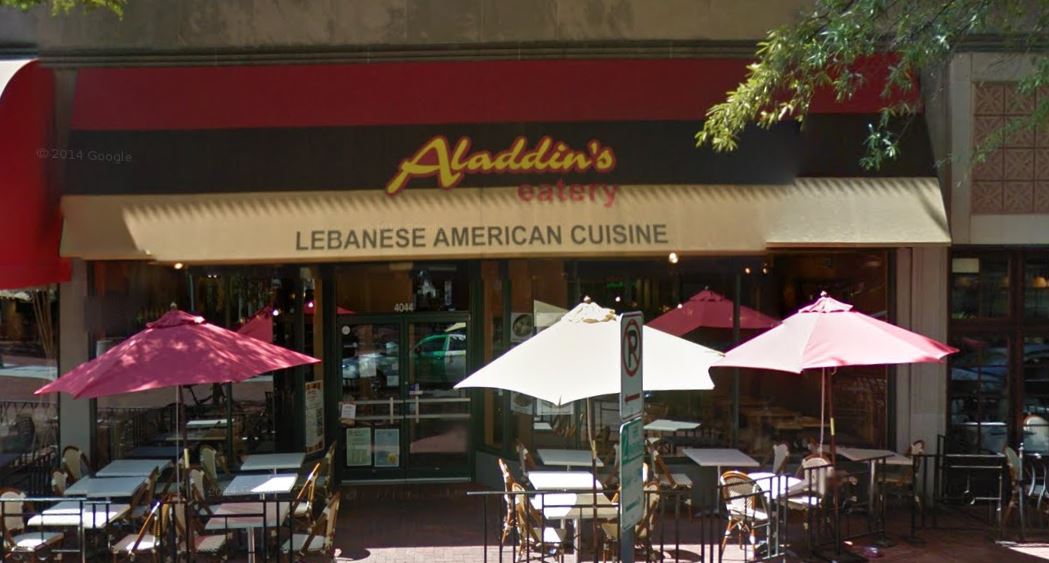 Diners can enjoy their favorite Hula Girl truck dishes in the 3,600 square foot restaurant designed by Hapstak Demetriou. The space will have a retro vibe with seating for 100 guests, as well as an outdoor patio with seating for 25.

The restaurant will serve Hula Girl food truck’s classic Hawaiian fare such as teriyaki, plate lunches and Spam musubi, as well as traditional dishes like LauLau, butterfish and pork belly wrapped in taro and tea leaves. It will also serve Hawaiian cocktails, as well as mix of local and Hawaiian beers.

Brennan was born and raised in Hawaii. She opened her food truck, which is decked out like a 1960s Woody, in 2011. She opened her first restaurant in 1998 in San Diego. She sold it to a business partner in Canada and was tapped by Marriott International to lead its new food and beverage department, bringing her hands-on, from scratch cooking approach into this hotel giant’s corporate structure. In 2001, she opened Evolve Consultants, where she created, designed and opened over 40 domestic and international concepts. 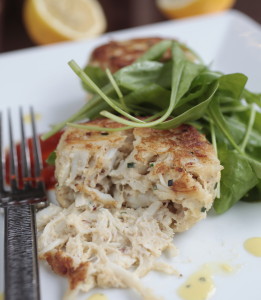 Executive chef and native Marylander Miles Vaden’s four-course family-style menu will include signature dishes as well as a new wave of peak-season crab specialties for $55 or $80 with optional wine pairings with each course.

Del Campo, 777 I St. NW, is gearing up for summer with an Argentine asado menu and late night happy hour specials.

All summer long Del Campo is offering its take on a traditional Argentine asado in the form of a new fixed-price menu. Served family-style, the menu starts with grilled provoleta and salad before a main event of flank steak, sweetbreads, chicken, short-ribs and chorizo. It is available for dinner throughout the restaurant for $45 per person.

This June, chef Richard Sandoval’s restaurants will participate in the Eat (RED) Drink (RED) Campaign, the worldwide culinary campaign to turn up the heat on the AIDS fight and raise money to eliminate AIDS. Throughout the month, Masa 14, El Centro D.F., Toro Toro and Zengo will feature a (RED) cocktail with a percentage of each cocktail going to RED. Each restaurant hopes to raise $1,460. 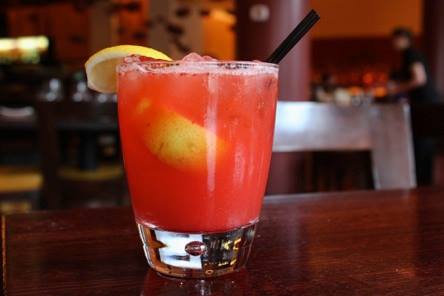 A portion of the proceeds from Zengo’s Yuva Fresca will go to the (Red) Campaign during June. (Photo: Zengo)

El Centro, 1819 14th St. NW and 1218 Wisconsin Ave. NW, is serving the Red & Smokey made with Mina Real mezcal, chili ginger and hibiscus for $12. Masa 14, 1825 14th St. NW, is offering a strawberry lemonade made with vodka, fresh strawberry purée, and fresh lemon juice for $8. The La Bamba Punch made with Luxardo cherry liqueur, dark rum, triple sec, fresh lemon juice, cranberry and Champagne will be featured at Toro Toro, 1300 I St. NW, for $10. And Zengo, 781 7th St. NW, will serve the Yuza Fresa made with Sobieski citrus vodka, lemon, strawberry puree, lemon and sour for $11.

Also, Sandoval has been selected along with a handful of others a U.S. Chef Ambassador for the Eat (RED) Drink (RED) Campaign.

DC Greens, an organization working to create a healthy food system in the nation’s capital, will host its first K Street Farm Dinner on June 2 at its urban farm at the corner of K Street and New Jersey Avenue NW. The rain location is Union Market’s Dock 5. The dinner features some of the area’s top chefs, who will prepare dinner on the K Street Farm, a parcel of city land that’s managed by the non-profit organization featuring locally grown produce. 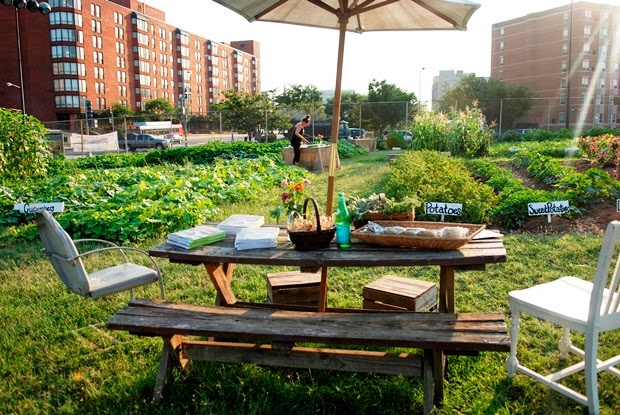 The K Street Farm was formerly the Farm at Walker-Jones. (Photos: BadWolf DC)

Drinks at the welcome cocktail reception will be served from the farm’s potting shed, which will be transformed into a bar serving craft cocktails for the evening along with a vintage Airstream, which will serve local wine from Virginia’s Early Mountain Vineyards.

The family-style dinner will be prepared by local chefs including Ruben Garcia of MiniBar, Spike Mendelsohn of Good Stuff Eatery and Béarnaise, Mike Friedman of The Red Hen, Jeremiah Langhorne of the forthcoming The Dabney, Bryan Voltaggio of Aggio, Family Meal, Lunchbox, Range and Volt, Mike Isabella of Mike Isabella Concepts and Tiffany MacIsaac of Buttercream Bakeshop. Guests include Jake and Maggie Gyllenhaal, who are on DC Greens’ board of advisors.

VIP tickets are $600 each and include a welcome reception starting at 5:30 p.m., a gift back and dinner. General admission is $250 and includes the 5:30 cocktail reception and 7:15 p.m. dinner. Tickets are available http://www.dcgreens.org online.

Nage Bistro, 1600 Rhode Island Ave. NW, has a new summer wine program. Guests can enjoy hard-to-find, traditionally expensive wines at special prices. The wines are offered by the bottle only and will change throughout the summer through Labor Day. 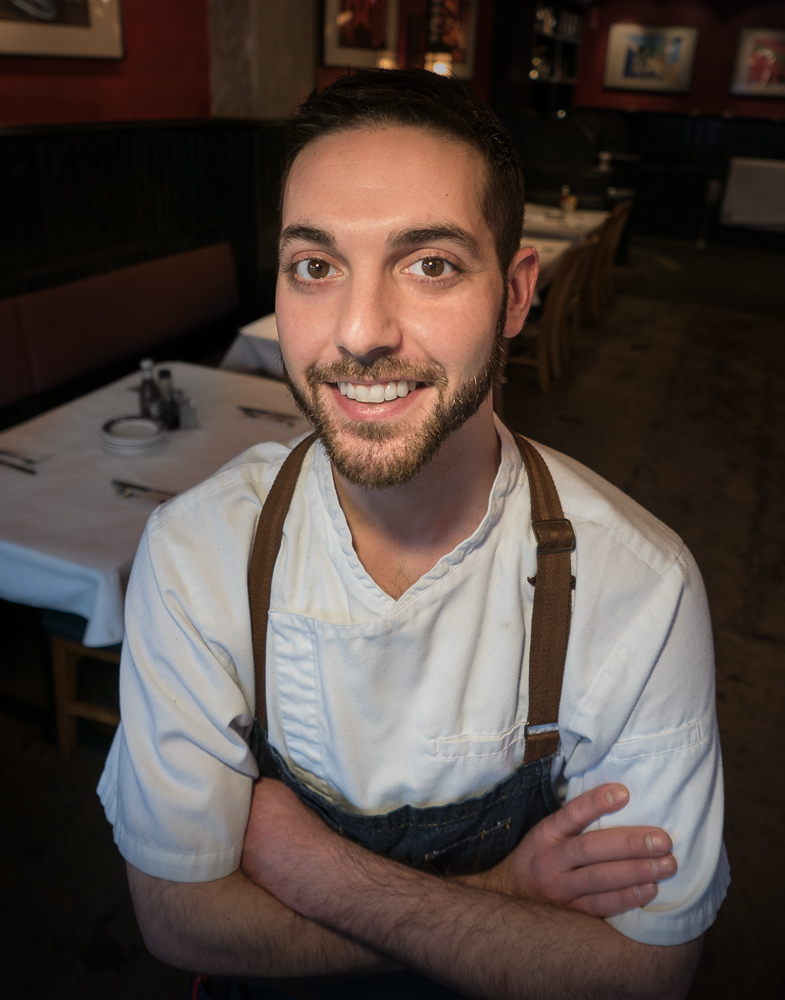 “The decision to promote from within at both locations showcases the commitment and connection we have with our staff,” said EatWell DC principal David Winer in a press release. “Both chefs have strong culinary backgrounds and understand our vision of farm-to-table neighborhood cuisine, and that made them the obvious choice.” 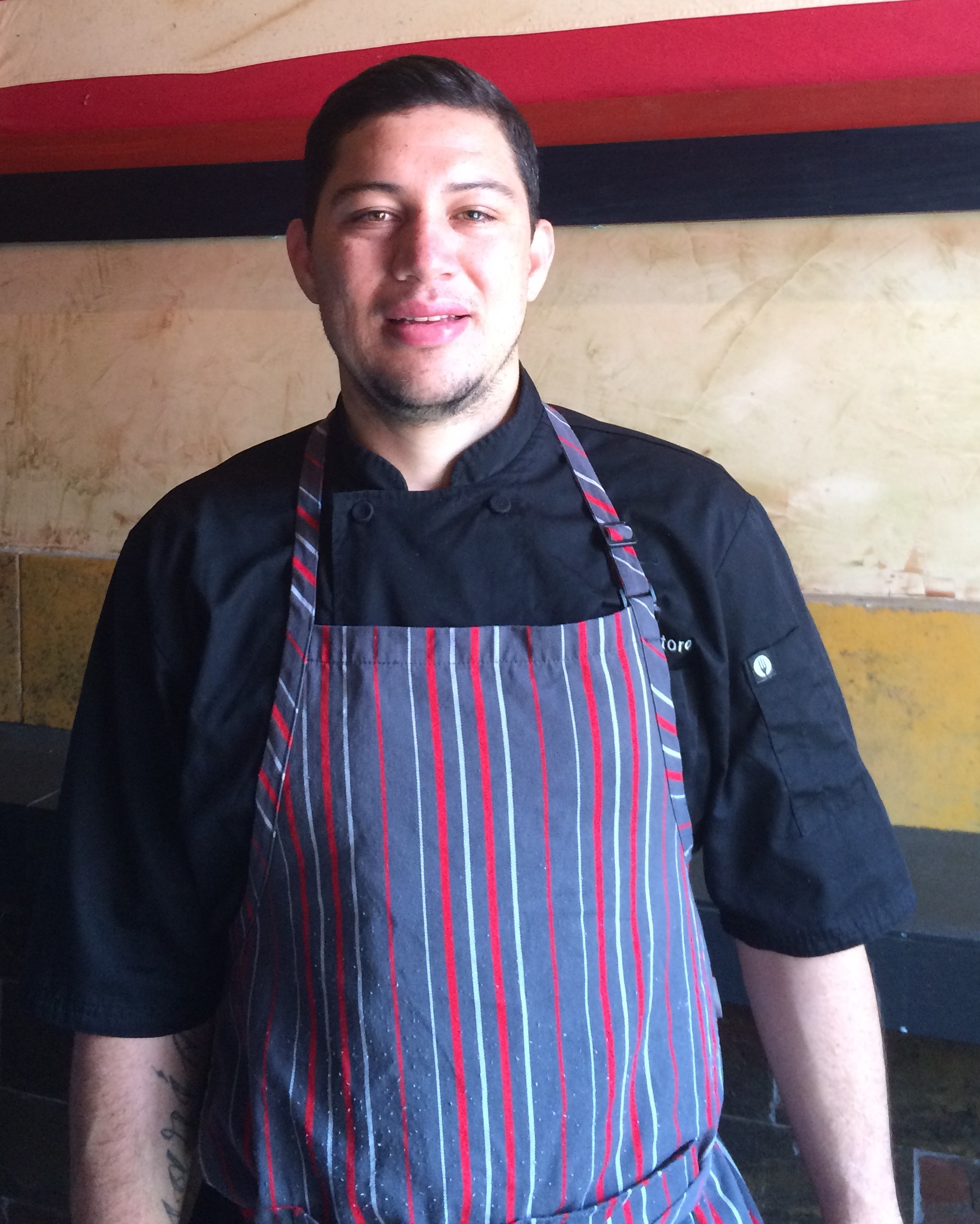 Garcia has been with EatWell DC for the past seven years and was most recently the executive sous chef at Logan Tavern. Prior to joining the company, he started his career at Chef Geoff when he came to the United States from El Salvador in 2005.

Bahramy was most recently the executive sous chef at The Pig, where he worked for the past two years. Following his career launch at Wildfire in McLean, Va., Bahramy apprenticed for The Pig’s chef Michael Bonk at The Queen Vic before moving with him to The Pig. He holds a Culinary Management degree from the Art Institute of Washington. 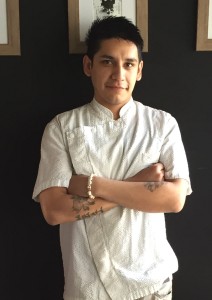 After only just opening in January, Mango Tree, 929 H St. NW in CityCenterDC, has replaced Paul Kennedy with Adrian Salazar as executive chef. Salazar previously worked as a sous chef at Zaytinya before coming to Mango Tree as a sous chef last December for its January opening.

Since his promotion, Salazar has wasted no time enhancing his reputation as a local sourcing and farm-to-fork fanatic, persuading local farmers to start growing Thailand aubergines for the restaurant. In June, he plans to visit Chesapeake Bay’s oyster and soft-shell crab fishermen to foster a closer relationship and get the inside track on the best and freshest seafood, with a view to offering two or three locally-sourced seafood specials daily.

Salazar’s culinary career began at age 17, shucking oysters at Blue Point Kitchen and Bar in Tucson, Ariz. He worked in ever increasing positions of responsibility at Tucson establishments such as Wildflower American Cuisine and St. Francis in Phoenix.