From Drugs and Gangs to Dinner and Chefs 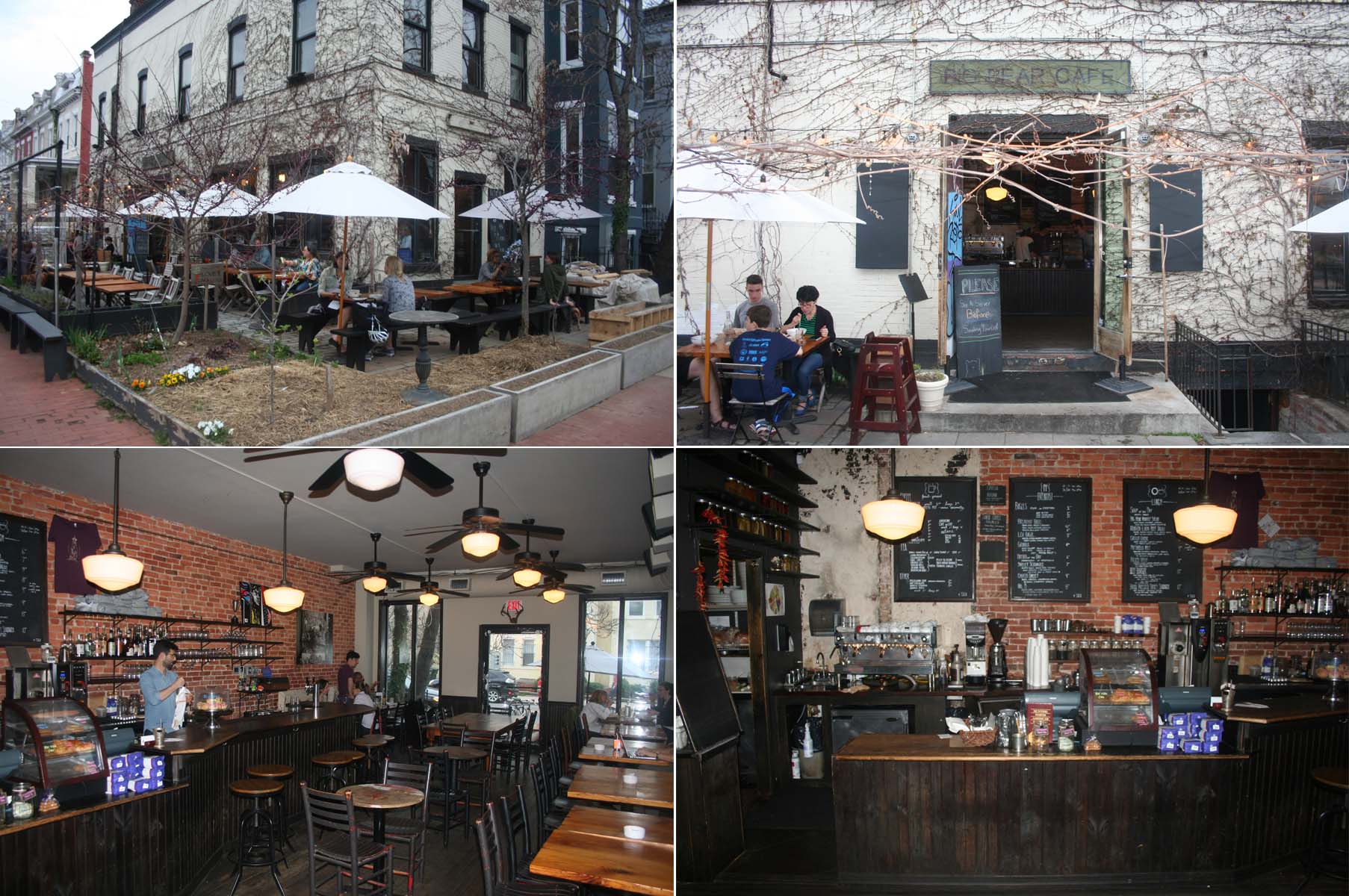 Big Bear Cafe has a cobblestone patio surrounded by herb and flower beds and a rustic look inside.
(Photos: Mark Heckathorn/DC on Heels)

Named for the Jewish-Italian corner store that once filled the building – and more recently a liquor store – Stu Davenport opened Big Bear Café in 2007. Breakfast and lunch were served in a comfortable space with high ceilings, exposed brick walls and rough wood floors with big windows from a counter. There are tables inside for those who want to dine in. Outside, a cobblestone patio is surrounded by flowering fruit and apple trees and herb and flower gardens that blocks city traffic for those who want to dine al fresco.

Later, family meals were served on Sundays and light meals like chili were added in the evening about two years ago.

But earlier this year, Davenport hired James Beard Award semi finalist chef Quentin Frye to take over the kitchen and Robert Elias as the new general manager and beverage manager. The two came most recently from José Andrés’ Oyamel. Prior to Oyamel, Frye, who’s originally from Texas, co-owned Salt Kitchen and Tasting Bar — where he was named the 2012 Hawaii Rising Star Sustainability Chef by Star Chef magazine and in 2013 he was nominated for the James Beard Rising Star Award in 2013 — and Cocina Mexican in Hawaii, which he still owns. Elias managed restaurants including a steakhouse in Rhode Island where he is from.

But with Frye on board, the dinner menu has evolved into one that uses fresh, local ingredients whenever possible. It was in Hawaii where he really got involved in farm-to-table dining movement, working with local farmers and ranchers, because in the islands if it wasn’t local, it had to be shipped in on a boat. At Big Bear, all the proteins are local except the Prince Edward Island mussels. Pigs, lambs and fish come in whole every week and are butchered in the basement prep kitchen. 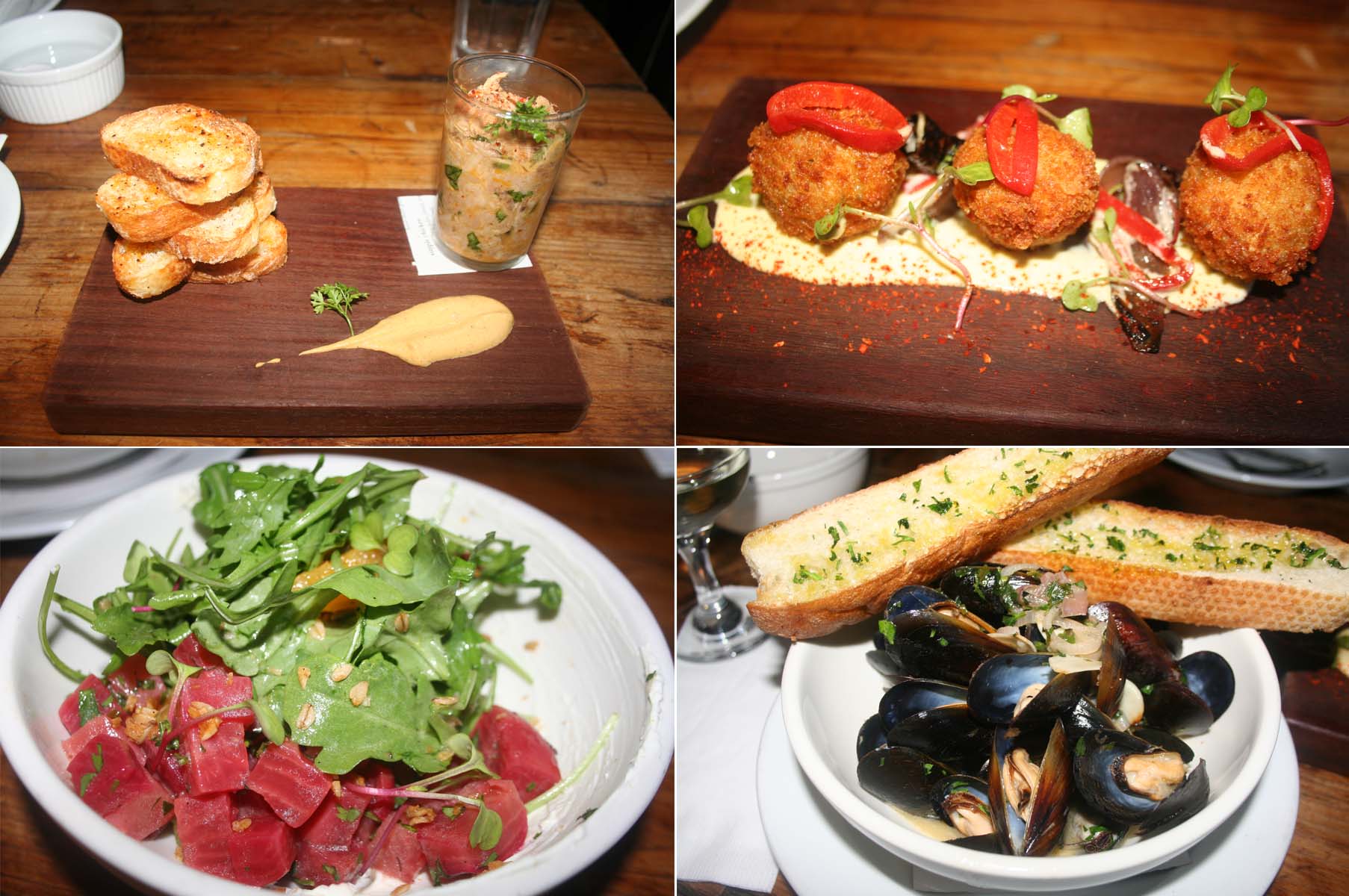 During a visit last week, we were treated to a sampling of Frye’s dishes. We started with the small plates: spicy pork rillette ($8) with serrano peppers, espellette and spicy mustard on toast; headcheese croquettes ($8) (meat from the head of a pig) with fried egg aioli, grilled onions and piquillo peppers; PEI mussels ($11) charred in lemon broth and vermouth served with rusitco bread; and roasted local beet salad ($9) with baby arugula, fennel pollen yogurt, oranges, granola and citronelle. The rillette – basically a pate made with meat — was spicy, but tasty. The orange and yogurt added brightness to the earthy beets in the salad; the croquettes were crunchy on the outside and soft on the inside; and while I don’t like mussels, my guest managed to slurp down every last one.

Then we moved onto the entrees. We started with the potato gnocchi ($18) with pulled pork rapini, oyster mushrooms, charred tomatoes and huitlacoche – a fungus that grows on corn and is also known as corn truffle – puree. This was a tasty and filling dish and my favorite. Next we had the pan roasted halibut ($21) with asparagus, French fingerling potatoes, tiny carrots and a tomato conserve that was full of flavor. Finally, we tried the simple chicken ($15) with roasted sunchokes, fennel, Brussels sprouts, baby carrots and grapefruit chimichurri. 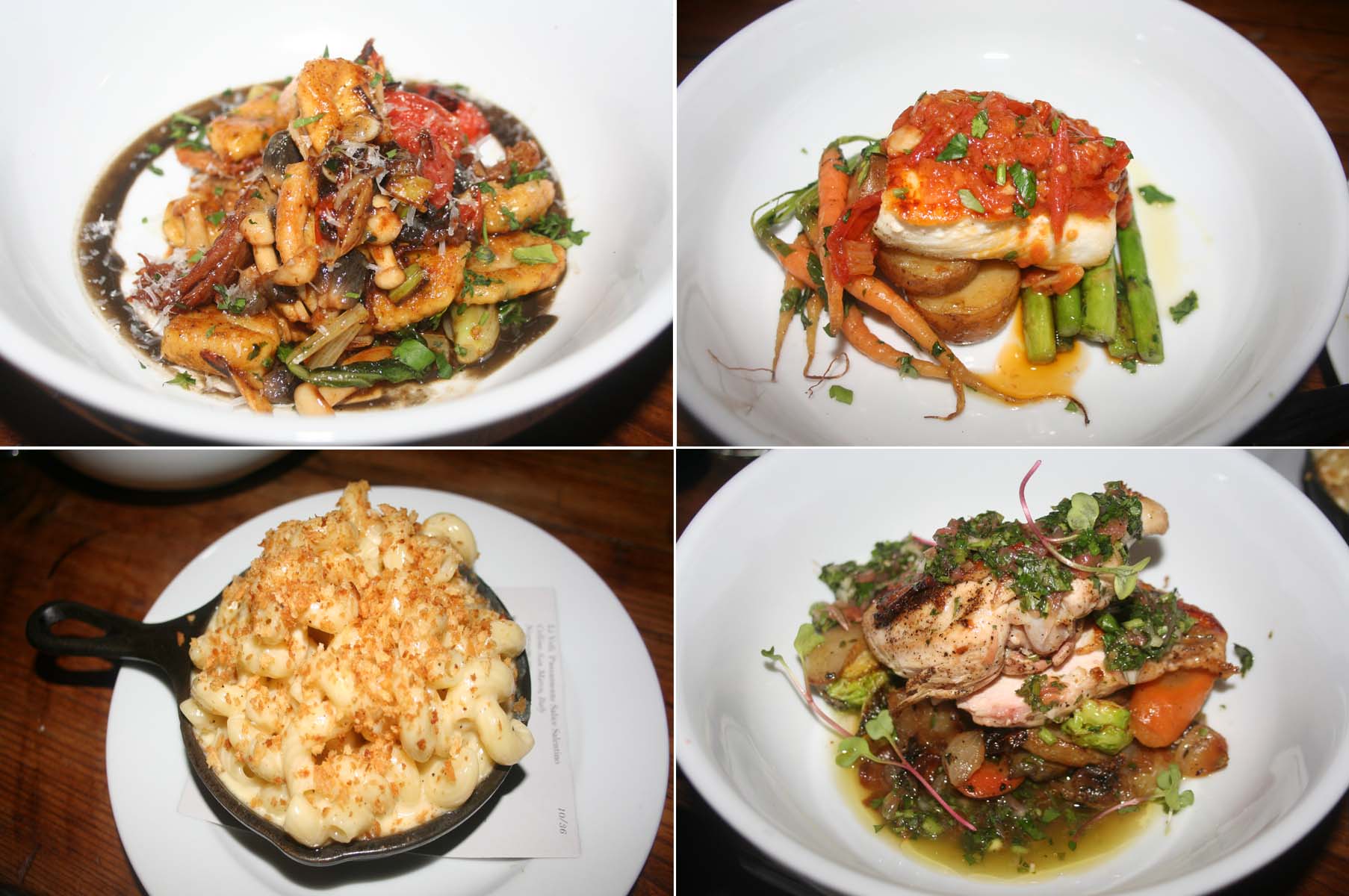 For a side we had skillet macaroni and cheese ($9) made with Shelburne Farms aged cheddar cheese that was ooey and gooey full of cheese and topped with breadcrumbs.

We finished with cookies and milk ($7) with three huge cookies – espresso chocolate chip, oatmeal raisin and my favorite, snickerdoodle.

The mussels and beet salad are fixtures on the appetizer menu, while the simple chicken, a half-pound burger and risotto with farro, Le Bocage Farms mushrooms, grana padano, preserved lemon, salad rojo and dinosaur kale are permanent entrees. The rest will change seasonally, sometimes daily, depending on what is available. Frye is making his own sausage, sauerkraut and pickled vegetables and curing his own bacon and fish. Entreés cost $14-$26.

At the bar, Elias has created an artisan cocktail, wine and beer list that perfectly pairs with the menu.