Home surprised in a big way last weekend with a significantly stronger than expected first place start of $52.11 million. The 3D computer animated film from 20th Century Fox and DreamWorks Animation had been widely expected to find itself in a close race for first place with Get Hard heading into the weekend. Instead, Home led the weekend box office with ease, which was very welcome news for DreamWorks Animation after a string of softer-than-expected performers that started back in July 2013 with Turbo. The opening weekend performance of Home represented the largest opening weekend for DreamWorks Animation since the $60.32 million debut of Madagascar 3 back in June 2012. 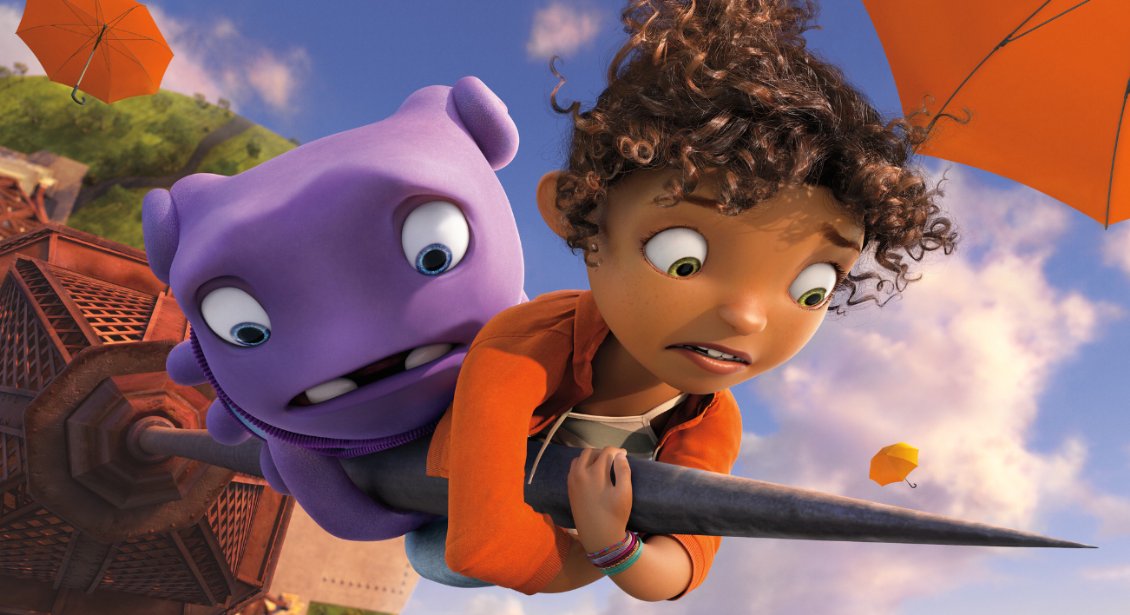 Although it received mixed critical reviews, Home proved to be critic proof thanks in part to the relatively small amount of animated releases since December and in part to the star power of the film’s vocal cast, which includes Jim Parsons, Rihanna, Steve Martin and Jennifer Lopez. Home should be helped going forward by no new animated films entering the marketplace between now and the June 19 launch of Disney’s Inside Out.

While it settled for second place last weekend, Warner Bros. Pictures’ Get Hard was off to a good start with $33.80 million. The R-rated comedy starring Will Ferrell and Kevin Hart opened toward the higher end of pre-release expectations. The combined drawing power of Ferrell and Hart was able to make up for largely negative reviews and a lack of online buzz for the film heading into the weekend. Get Hard may have also received a boost from moviegoers who wanted to catch the film before Universal Pictures’ highly anticipated Furious 7 opens this coming weekend.

Lionsgate’s The Divergent Series: Insurgent was down two spots last weekend to place in third with $21.54 million. The second installment of the young adult series starring Shailene Woodley fell 59 percent from the previous weekend’s first place debut. Insurgent experienced a sharper second weekend decline than last year’s Divergent did; as that film fell 53 percent in its second weekend to gross $25.62 million. While Insurgent is having a solid box office run of its own so far with a 10-day start of $85.85 million, the film is running 9 percent behind the $94.38 million 10-day take of Divergent. It should be noted that the overseas start for Insurgent continues to be significantly stronger than that of Divergent.

Cinderella was also down two spots last weekend to place in fourth with $17.04 million. Disney’s blockbuster fairy tale adaptation was down 51 percent from the previous weekend. Despite strong critical reviews and good word of mouth, direct competition from both Home and Insurgent have clearly taken a toll on the film’s holding power so far. With that said, Cinderella has still grossed a very strong $149.55 million through 17 days of release. Cinderella may still stabilize going forward, especially given the limited amount of new options for family audiences in April.

It Follows continued its noteworthy performance last weekend with a fifth place take of $3.81 million. The critically acclaimed horror thriller from RADiUS-TWC expanded into semi-wide release last weekend after two weeks of platform release. It Follows has grossed $4.55 million in 17 days and could hold up better than usual for its genre going forward thanks to its strong word of mouth and critical reviews.