Saturday is Pi Day. Celebrate with one of these specials for fruit or pizza pies. (Photo: Pillsbury)

Dog Tag Bakery, the Georgetown bakery run by veterans at 3206 Grace St. NW, will donate proceeds from its mini apple pies all during March to Blue Star Families, an organization that aids veterans’ transitions to civilian life. The 4-inch personal-sized pie is made with Granny Smith apples, lightly sweetened and scented with cinnamon for $6.95 each.

Whiskey meets Whisked! at One Eight Distilling, 1135 Okie St. NE. The distillery will be offering tours and tastes of its small batch spirits while Whisked! will be selling their pies and quiches by the slice. Visitors can pre-order 6- and 9-inch pies to go.

If you prefer pizza pie over apple pie, head to the basement birreria at Pizzeria Paradiso, 3282 M St. NW in Georgetown for $3.14 select drafts from 9:26 p.m.until close.

Also, Blaze Pizza at 7101 Democracy Blvd., Bethesda in Westfield Montgomery, 7419 Baltimore Ave., College Park or 14709 Baltimore Ave., Laurel in Laurel Towne Centre will offer any of its custom-made pies for $3.14 all day.

Pi Pizzeria at 910 F St. NW in Penn Quarter will have a pi memorization contest at 6 p.m. with a $150 gift card up for grabs. Also, anyone with a Mar. 14 birthday who shows a government ID or birth certificate on Saturday gets a free large pie. And, everyone who buys a large pizza all month getis a “gift” to use on your next. Get a free large salad or appetizer with the purchase of a large pizza.

Finally, Radius Pizza, 3155 Mount Pleasant St. NW, will sell pizza by the slice for $3.14 with the purchase of a beverage.

Stanton & Greene, 319 Pennsylvania Ave. SE opened Mar. 9 with limited services for a preview then opened fully on Mar. 12 with a full menu. 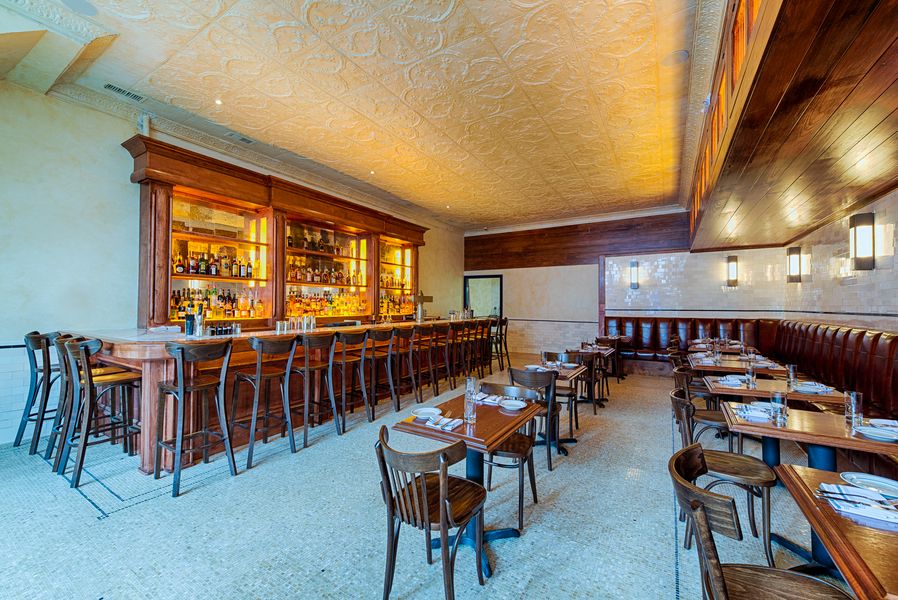 The American bar and brasserie spans three floors of a restored building just two blocks from the U.S. Capitol and Supreme Court, evoking the elegance of the Capital city’s bars of the early- to mid-20th Century with a marble bar, brass sconces and hand-stitched leather booths. The ground floor is home to a traditional American bar and brasserie with period details from the 1930s and 1940s, and the second floor “loft” features a soaring 16-foot space centered with an Art-Deco bar hand-carved from American ash and three massive windows overlooking historic Pennsylvania Avenue.

Stanton & Greene’s craft cocktails and curated American spirits are cornerstones of its beverage program. Mixologist Erik Holzherr, owner of Wisdom and Church & State, partnered with Stanton & Greene to create the menu of era-inspired cocktails. Each priced from $11-$12 draws inspiration from the classics.

The L’Enfant Martini is their take on a classic French martini, and a tribute to Pierre Charles L’Enfant, the French-American architect who designed the layout of the city. It uses Armagnac de Montal VS as a base, along with Giffard Crème de Framboise liqueur, Passoa passion fruit liqueur, pineapple juice and cardamom bitters.

A celebratory cocktail named after L’Enfant’s original designation for Stanton Park, the No. 5 is an elegant sipper that shines for its simplicity. Bright, effervescent Brut opens up a floral bouquet of Soho lychee liqueur, Lillet rose, pink grapefruit juice and rose water. The Bent Nail is Stanton & Greene’s dressed up version of the classic Rusty Nail, featuring Bulleit bourbon, Drambuie, Giffard Crème de Peche, and Leopold’s maraschino. After The Duel is an ode to the politically-fueled duels of early America, featuring the dominant herbal flavors of green chartreuse, tamed by bitter Bonal Gentiane-Quina and floral Crème de Violette with Corsair triple-smoked whiskey, celebrating the end of the battle when smoke still hung in the air.

The menu, a collaboration between executive chef Josh Hutter and chef de cuisine Damian Brown, will offer American classics updated to reflect a commitment to local and naturally-raised ingredients. The era-themed menu is broken down into several sections including: dips, appetizers, salads, main plates, sandwiches, complements, specials and desserts.

Dessert options reminiscent of days gone by include brownie bread pudding with a flambéed marshmallow top, a seasonal sundae with house-made gelato and toppings, and a seasonal fruit pie.

The final installment of The Pig‘s four-part Head to Toe Supper series, a five-course anatomical dining experience, features the innards. 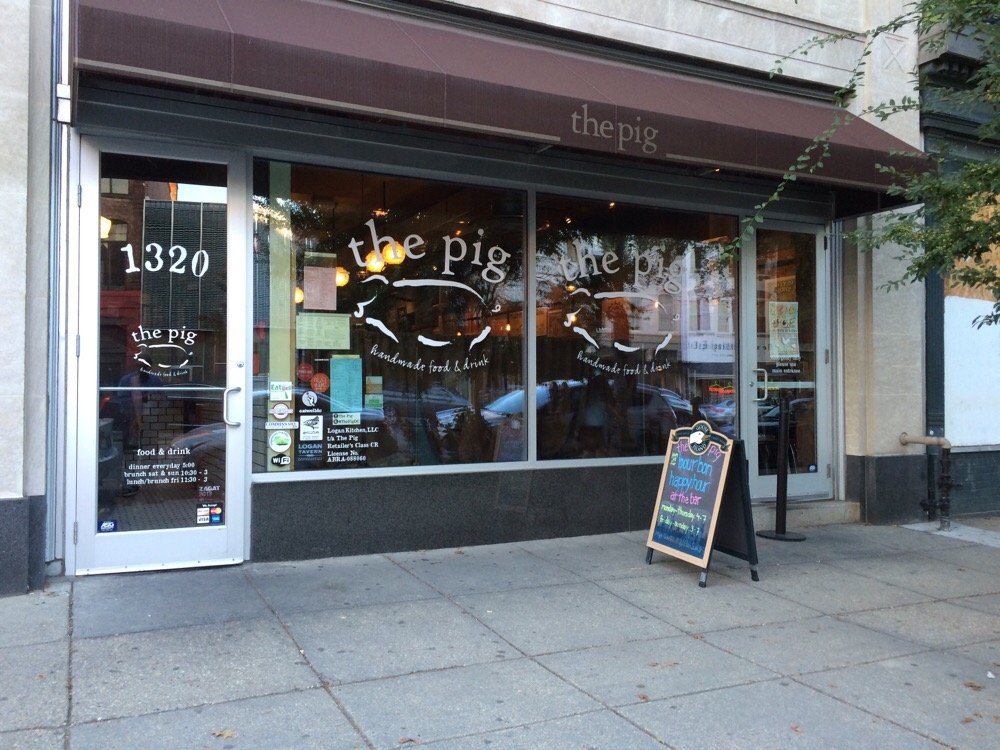 Expanded to two nights, the dinner will be served both Monday, Mar. 16 and Tuesday, Mar. 17 at 7 p.m. A cocktail, beer or wine pairing is served with each course, and the cost is $70 per person. Reservations are required (capped at 12 seats each night), and can be made https://eatwelldc.formstack.com/forms/headtotoeinnards online or by calling 202-290-2821.

The menu starts with an amuse of house bacon with a maple glaze followed by a first course of chicaron bituka, a Filipino crispy pig intestine with vinegar peppers and scallion. The second course is flaczki, a Polish beef tripe soup with carrot, leeks and marjoram followed by the third course of battakha makhni, and Indian duck giblet curry with onion bahji, rice, fava beans and yogurt. The fourth course is rognonnade de veau, roseda veal loin stuffed with kidney, roasted sweetbreads, spring onion and garlic scape cream. Finally, dessert is liverscotch sundae made with blood ice cream, chopped walnuts and pork liverscotch.

Three Washington restaurants are getting into the spirit of March Madness. 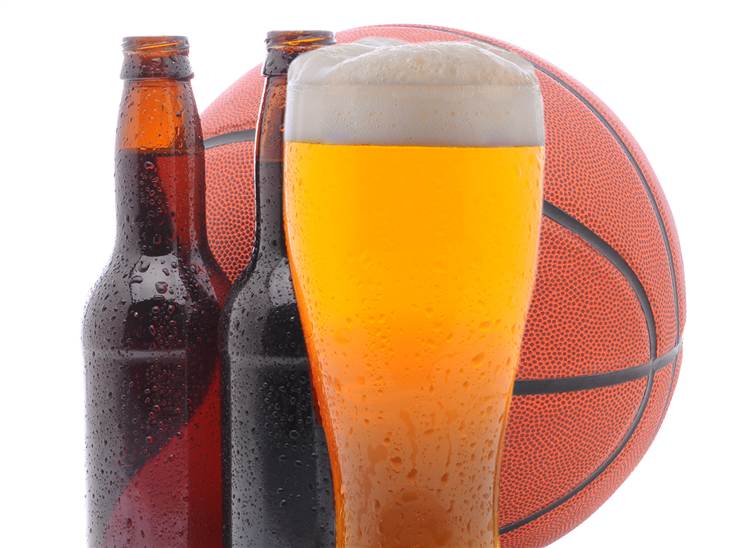 Round One: Thursday, Mar. 19 from noon-5 p.m. Guests will be given a bracket consisting of 16 pre-selected beers. Each of the participating beers will be priced at a $5 during the first round of play. At the end of the first round (5 p.m.), the eight beers that sell the most pints will advance to the second round and will continue to be sold at $5.

Third Round: Thursday, Mar. 19 from 8-11 p.m. The four beers that advance to the third round will be matched against one another, and at 11 p.m. the two beers that sell the most pints will advance to the final round.

Final Round: Friday, Mar. 20 from noon-8 p.m. The two remaining beers will go head-to-head and the beer with the highest pint sales at 8 p.m. will be poured for $5 from Mar. 20 until the NCAA Championship game on Monday, Apr. 6.

The individual with the winning beer bracket on Mar. 20 will receive a complimentary happy hour for 10 friends. A standard March Madness basketball bracket will also be available, but must be turned in before the first game on Mar. 19 to be eligible to win two tickets to the Firefly Music Festival.

Arcuri, 2400 Wisconsin Ave. NW in Glover Park, is hosting a special bracket challenge of their own. The restaurant is home to over 40 varieties of house-made “cello,” a nod to their limoncello, an Italian lemon liqueur, crafted by infusing grain alcohol with lemon peels and sugar. Each week, the team at Arcuri experiments with a variety of fruits, spices and sugars. The result is a variety of seasonal flavors with a different citrus flavors, followed by sweetness and a strong bite.

During March Madness, Arcuri has pre-selected its top four flavors to establish a Final Four Cello Bracket Challenge. From Mar. 19 through Mar. 20, guests can help crown the first cello champion. Diners are encouraged to fill out a bracket consisting of V Cello with anise, mint, jalapenos, lemon and sugar; Blood Orange with sliced blood orange and sugar; Strawberry with sliced strawberry and sugar; or bergamot cello with bergamot slices and sugar. Those who wish to sample the cello before making their selection can order a shot glass for $5 each or a flight of all four for $9. The cello champion will be announced during the NCAA National Championship game on Apr. 6. Shots of the champion will be will be available for $1 from whistle to whistle.

Drafting Table, 1529 14th St. NW, has crafted a special beer bracket in honor of the 2015 NCAA Men’s College Basketball Tournament. The restaurant’s beer bracket consists of 16 beers, 15 available by draft and one by the can. From Mar. 15 through Mar. 23, diners can make their selections while watching their favorite team on the restaurant’s four flat screen TVs. Drafting Table will total the votes and announce the winners of each round at 6 p.m. on Mar. 24, Mar. 27 and Apr. 1 The beer that is named the winner will be available for $4 during the NCAA Championship game on Apr. 6. Additionally, Drafting Table will be giving away swag throughout the tournament including T-shirts, basketballs, glassware and more. 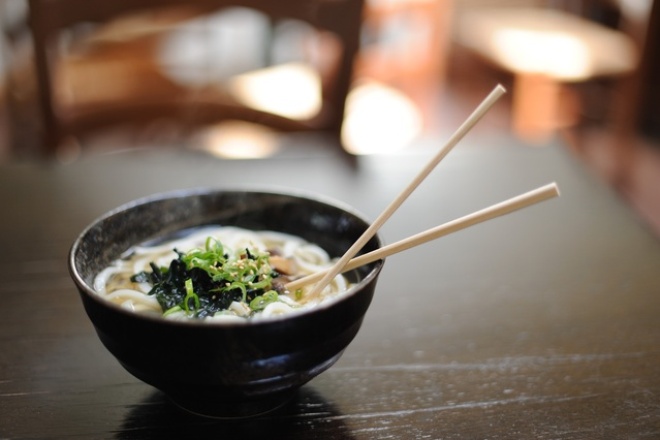 The pop-up is a preview of the noodle bar and small plates restaurant that chef Jonah Kim will open early this summer at 4000 Wilson Blvd. in Ballston.

The a la carte preview menu will be available at G Wednesday through Saturday nights 6-10 p.m. The sandwich shop and Sunday Gravy dinner continue to operate on their normal schedule.

Yona features Kim’s take on ramens, steamed buns, dry-fried wings, Hamachi and yook hwe along with a selection of Japanese beer, sake and Japanese whiskies as well as cocktails, with fermented juice and other Asian-inspired ingredients.

Cochon 555 is taking over Washington with the help of chefs known for reinventing the traditional steakhouse experience by showcasing a defined large format protein culture that supports responsible farmers.

Cochon 555, the country’s most hyper-local culinary competition, will host Private Dining Cochon “PDC,” a dinner series that celebrates source-driven chefs, prominent winemakers and humanely certified proteins. The “Large Format Feast” campaign showcases 10 of the nation’s top chefs cooking a family-style dinner that spotlights the popularity of chefs shifting meat experiences into protein-paparazzi-moments with a center of floor carving meat feast. Culinary experiences like these blaze a path for heritage pork to be showcased on prominent steakhouse menus and ultimately provide new horizons for emerging farmers while setting course for a safer food system.

On Mar. 21, chef Victor Albisu and his team at Del Campo, 777 I St. NW, will host an epic“Big Beef vs Heritage Pig” themed dinner paired with reserve wines. Guests should arrive at 7 p.m. for the offering of reserve prosciutto di parma followed by a three-course feast. The culinary experience is a seated dinner paired with wines featuring family-farm raised, antibiotic-free, Creekstone Duroc pork side-by-side with Creekstone Farm black Angus beef. Following the wine pairings, guests will enjoy a discussion of spirits featuring Hirsch and Old Potrero 18th Century from Anchor Distilling. To close the evening, a gift of artisan cheese and short discussion with Cochon 555 founder Brady Lowe.

Cost of the dinner is $125 per person and includes beverage pairing, tax and gratuity. For reservations, visit www.cochon555.com. 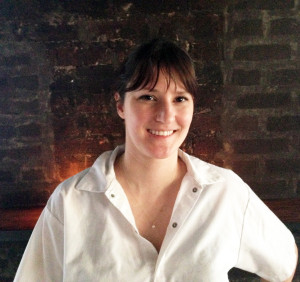 A native of Fairfax, Bothen fell in love with pastry while attending the Scottsdale Culinary Institute. She graduated with a degree in Culinary Arts in 2008. Bothen returned to D.C. in 2009 when her father was deployed to Africa. She served for one year as lead pastry cook at Poste Brasserie before being appointed pastry chef of the now shuttered Potenza and Potenza Bakery from 2010-2012 At Potenza, Bothen was responsible for producing the desserts for the restaurant, as well as pastries and seasonal gelatos and sorbettos for the market.

New savory creations include cured salmon with asparagus, pickled shallots, orange and dill crème fraîche served on rye bread; spring lamb stew with spring vegetables, herbs and white wine; artichokes with chickpeas, tomato, eggplant, cauliflower and za’atar yogurt; a cheese board, an assortment of three cheeses served with jam, mostarda and bread, as well as a pork and duck confit rillette with pickled apples and apricot mostarda, served on a baguette. Savories are priced from $5-$14 each.