Warner Bros. Pictures’ Focus debuted in first place last weekend with $18.69 million. However, the romantic heist film starring Will Smith and Margot Robbie did perform a bit below expectations. Focus opened a lackluster 32 percent below the $27.52 million start of 2013’s After Earth, though it should be noted that Focus was far less expensive and will likely hold up significantly better after opening weekend. With that said, the debut of Focus further suggests that Smith’s drawing power at the box office is nowhere near the level it once was. 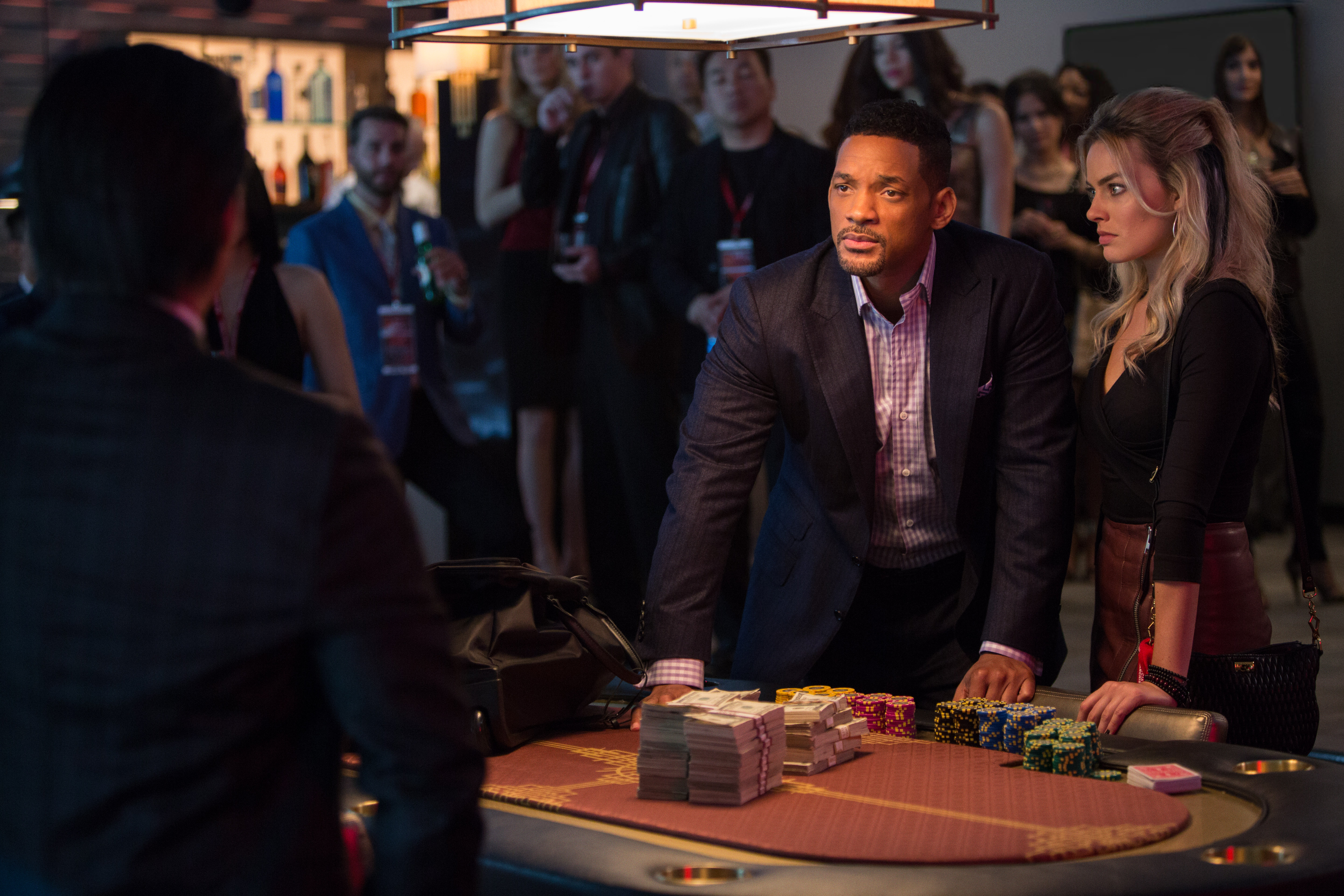 It was a tight race for spots two through five last weekend, as second place and fifth place were separated by just $1.68 million.

Twentieth Century Fox’s Kingsman: The Secret Service took in $11.88 million to claim second place for a third consecutive weekend. The Matthew Vaughn directed graphic novel adaptation starring Colin Firth was down 35 percent from the previous weekend. Kingsman: The Secret Service continues to inch closer to the $100 million domestic mark with a stronger than expected 17-day take of $85.83 million.

The SpongeBob Movie: Sponge Out of Water held steady in third place with $10.82 million. Thanks in part to facing no new direct competition for family audiences, Paramount Pictures’ 3D animated film stabilized nicely last weekend, as it was down 35 percent from the previous weekend. The SpongeBob Movie continues to exceed expectations with a strong 24-day take of $139.94 million.

The Lazarus Effect debuted in fifth place with $10.20 million. The low-budget PG-13 rated horror film from Relativity Media had been widely expected to open slightly higher, but was still off to a solid start given its cost. It should also be noted that online activity levels before the film’s release were soft by horror film standards.

Disney Studios’ McFarland, USA held up nicely in its second weekend, as it was down just 29 percent to place in sixth with $7.84 million. The sports drama starring Kevin Costner continues to perform on the high end of expectations with $22.02 million in 10 days. That places the film 14 percent ahead of the $19.36 million 10-day take of last year’s Draft Day, which fell 42 percent in its second weekend to gross $5.71 million. Last weekend’s hold is a strong sign for McFarland, USA going forward.

Warner Bros.’ American Sniper continued to hold up very well with a seventh place take of $7.39 million. The blockbuster Clint Eastwood directed Best Picture nominee starring Bradley Cooper was down a slim 26 percent from the previous weekend. American Sniper has grossed a massive $330.82 million to date and is now on the verge of surpassing the $336.72 million current total gross of The Hunger Games: Mockingjay – Part 1 to become the highest grossing release of 2014 domestically.

The DUFF also held up well last weekend with an eighth place gross of $6.87 million. The low-budget PG-13 comedy from CBS Films and Lionsgate was down 36 percent from the previous weekend’s stronger than expected debut. The DUFF continues to exceed expectations with $19.77 million in 10 days.