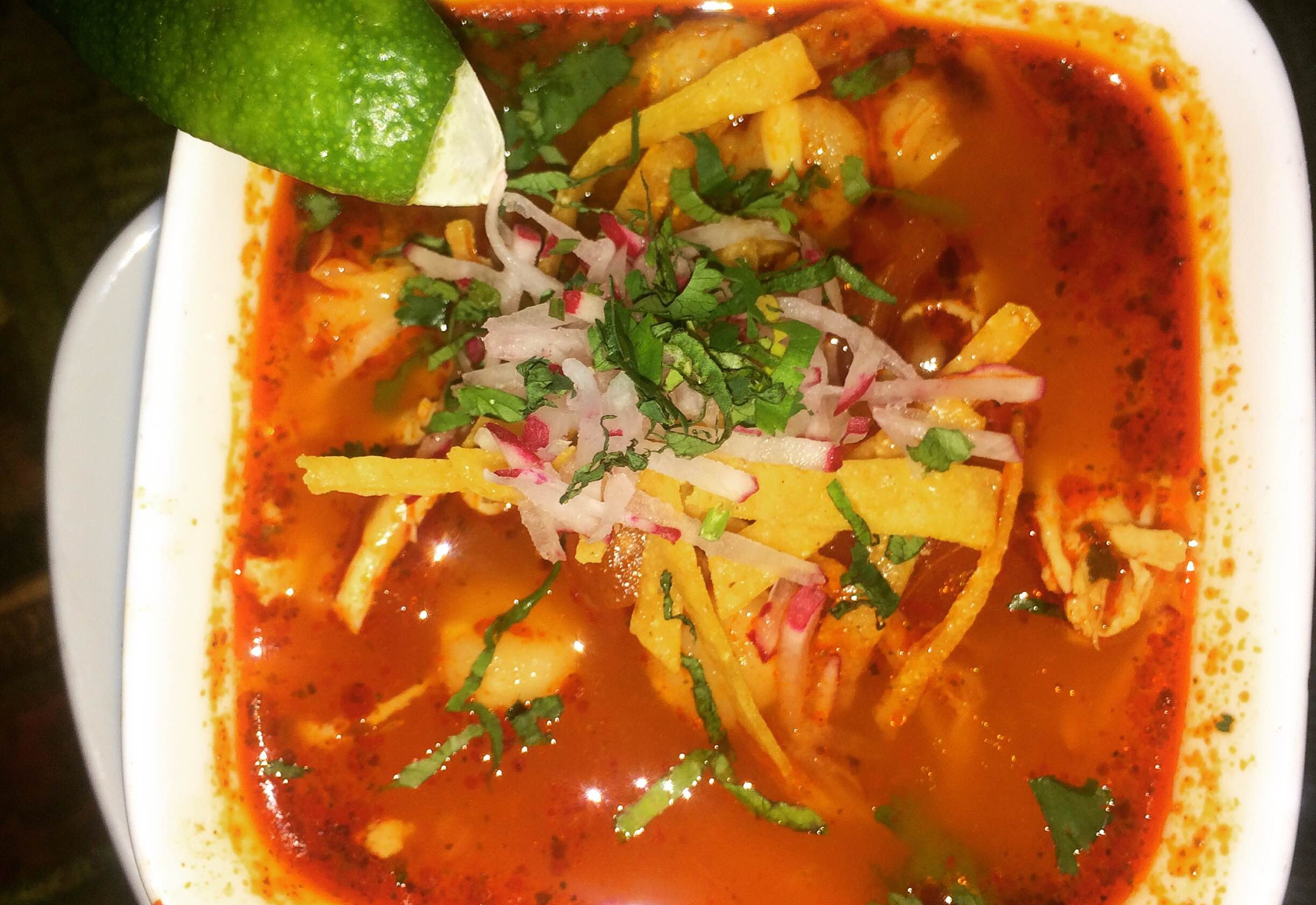 The chicken posole had hints of subtle spice and was chock full of hominy and shredded chicken breast.
(Photo: Diana Veseth-Nelson/DC on Heels)

First on the list was chicken posole, a traditional South American soup made with hominy. The ruby red soup was warm with hints of subtle spice and chock full of chewy bits of hominy and shredded breast meat. The radish and cilantro garnish both lightened and added excitement to the first course dish.

We followed with the spicy crab guacamole. Mixed fresh tableside, the creamy guacamole and fresh ripped herbs were brightened by a squeeze of lime and hint of spice. The crab was lost in the big flavors of the dip, which was big enough to feed two, but not special enough to appease those in search of big crab flavor.

Our first main course was the Jalisco shrimp and crab enchiladas. As if wrapped in cozy blankets, these soft enchiladas delivered the more subtle flavors of the ocean. The star of this plate, however, was the cilantro rice. This surprising side was laced with garlic, onions and cilantro and packed an unusually exciting punch. Enrobed in tangy cheese, this side dish stole the show. 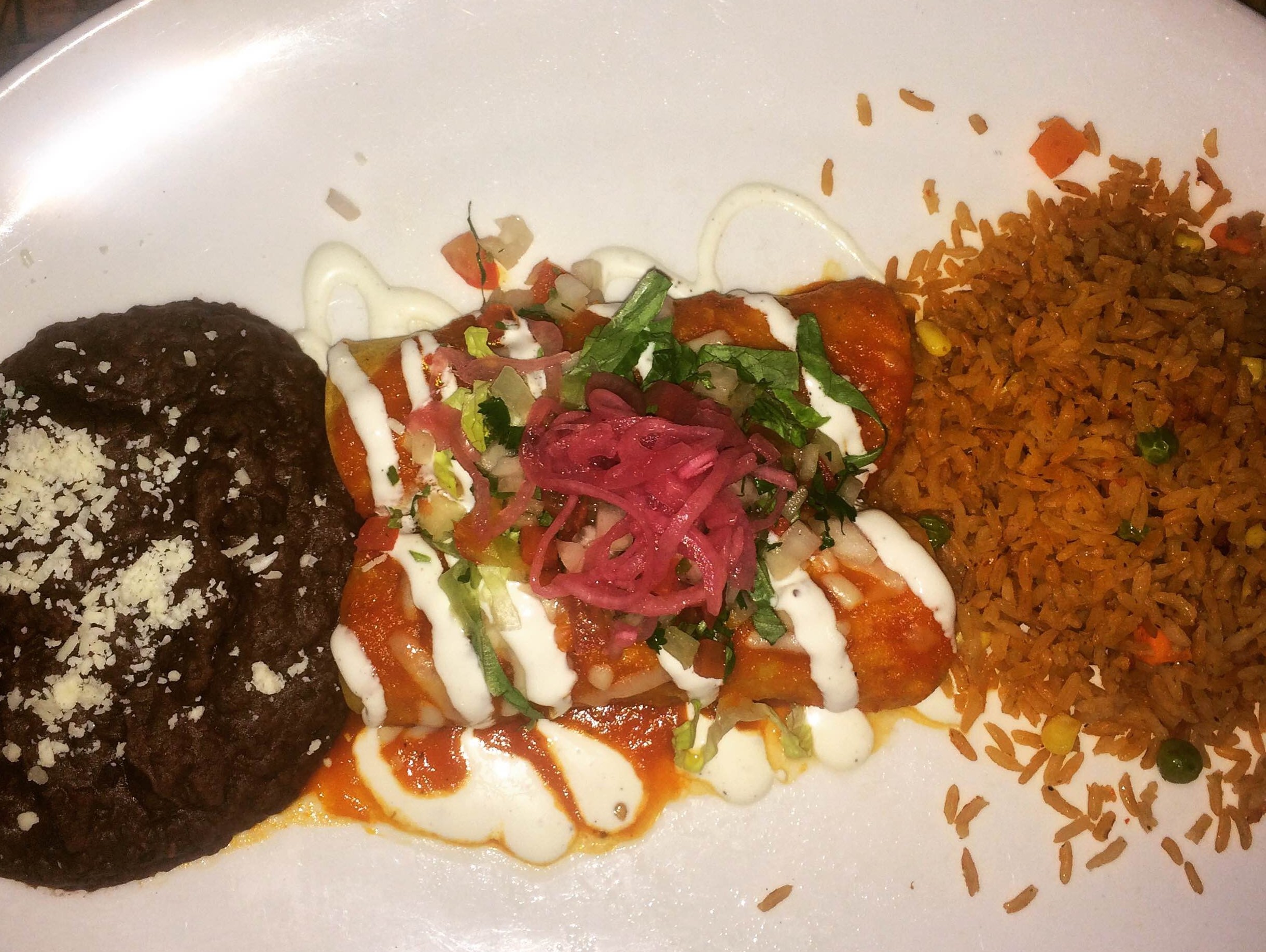 Beef barbacoa enchiladas were next, and although artfully arranged, fell flat of expectations. The promised roast Angus beef was vaguely reminiscent of Chipotle. The beans and rice were unapologetically plain. After my tantalizing affair with the cilantro rice, I was left yearning.

Dessert heals most injuries of the heart so I doubled up to ensure a recovery. We had the pineapple and strawberry topped flan and baked churros with a caramel and chocolate sauce. Both standard in every way, the churros were slightly underdone, which added a little love and gooeyness to the churros that I desperately needed.

I plan to return to El Centro in the future for some homemade chips and salsa and perhaps a tequila tasting. Who am I kidding? I’m here for the cilantro rice, and they know it. Restaurant week specials continue at both El Centro D.F. locations with a three-course prix-fixe lunch for $20.15 and a three-course, prix-fixe dinner for $35.15 through Feb. 1.

Diana Veseth-Nelson is a self-described food fanatic. Unrelenting in her pursuit of fabulous food, her current favorites include roasted guinea pig from a local Salvadorean crockpot and truffled popcorn — although she cautions against pairing them together.
More posts by the Author »