Area restaurants will be offering specials next weekend for Super Bowl XLIX on Feb. 1 when the New England Patriots take on the Seattle Seahawks starting at 6:30 p.m. 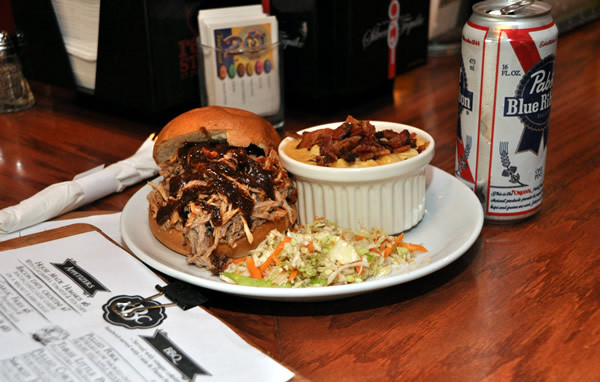 The Kangaroo Boxing Club, 3410 11th St. NW in Columbia Heights, will deliver a party platter for 10 people at least two hours before kickoff for $85. The platter includes, 5 pound of pulled pork, 10 brioche buns, 5 pounds of bacon gorgonzola macaroni and cheese and 8 ounces of sweet mild sauce. To order, click https://www.eventbrite.com/e/let-the-kangaroo-boxing-club-cater-your-super-bowl-party-dc-only-tickets-15458887950 here and email Peyton@kangaroodc.com with your name, address, phone number and any delivery instructions. Delivery begins at 1:30 p.m. You will be called before the delivery driver leaves for your home.

Legal Sea Foods at 704 7th St. NW, 2301 Jefferson Davis Highway in Crystal City and Tysons Galleria in McLean’ will offer a “Souper Bowl Special” on Jan. 31 and Feb 1. In honor of Patriots’ quarterback Tom Brady’s sixth trip to the Super Bowl, get six souper bowls of clam chowder for $12 from their takeout counters. A half gallon of clam chowder is regularly $21.95.

Arcuri, 2400 Wisconsin Ave. NW in Glover Park, is serving up a variety of specials for Super Bowl XLIX. Fans can watch the game on the restaurant’s three 42-inch HD TVs while enjoying executive chef Richard Jones’ American-Italian fare. Also, guests can enjoy an unlimited open bar of draft beer, rail drinks and house wine starting at 6 p.m. until the last whistle blows for $50

Arcuri will accept to-go orders until Friday at 5 p.m. with the food available for pick-up on between 4:30- 6:30 p.m. To place an order, call 202-827-8745 or email Adam@Arcuridc.com and specify the time of pick-up. The restaurant will also offer pizza delivery within a 1.5-mile radius for $2.50. Anyone ordering three 14-inch pizzas, will receive a forth 14-inch pizza free. Those picking up orders wearing a Patriots’ or Seahawks’ jersey will receive 25 percent discount. Anyone wearing another team’s jersey will receive a 10 percent discount.

Rosa Mexicano will celebrate this year’s Super Bowl by offering a Guac-to-Go Party Pack of their signature guacamole, available for delivery on game day. The Guac-to-Go Party Pack comes with house-made tortillas and corn tortilla chips and is available for delivery along with the restaurant’s full menu. The cost is $5 per person and can be ordered to feed five, 10, 15 or 20. Orders must be placed by 5 p.m. on Jan. 31.

Finally, City Tap House, 901 9th St. NW, will offer American pub fare with dishes such as a Philly cheese steak with duck fat fries; ten-spice wings with buttermilk dipping sauce; a Bavarian pretzel with smoked Gouda cheese sauce; beef fajita nachos with pickled jalapeños, requeson queso, black bean puree and pico de gallo; and a Buffalo chicken and ranch pizza ranging from $6 to $10 from 3-10 p.m. or until the end of the game.

The bar will offer unlimited drafts from its 40 beer lines and two beer engines during the game. The bottomless beer offering is priced at $35 per person and is limited to one draft selection per customer.

Blue Duck Tavern, 1201 24th St. NW in the Park Hyatt Washington, is holding “Taste of Napa Valley” wine dinners featuring Peter Franus Winery on Jan. 27 and Michael Mondavi Vineyards on Jan. 29 at the restaurant’s chef’s table. Priced at $155 per person per dinner, guests will taste wines from two of Napa Valley’s iconic wineries, while executive chef Ryan LaRoche prepares a special four-course menu to pair with the distinctive flavors of each winery.

The first dinner will have winemaker Peter Franus showcasing and pouring his wines. Franus got his start in Napa Valley in 1981 when he vinified his first chenin blanc from Mount Veeder. Over the past 30 years, he has improved his winemaking techniques and his vineyard sourcing. The winery now produces a large number of white and red wines that consistently receive high praise from connoisseurs and reviewers alike.

The second dinner will have winemaker Michael Mondavi attending to pour and discuss his family’s estate of wines. Mondavi founded Robert Mondavi with his father and brother in 1966, and they quickly grew into the largest California producer. Mondavi has refocused his wine making and in tandem with his children, Dina and Robert, started Michael Mondavi Family Estates in 1999, focusing on small production and site specific wines farmed and vinified in Napa Valley.

Mio Restaurant, 1110 Vermont Ave. NW, has introduced a new $25 prix fixe, three-course menu with an appetizer, entree and dessert. The special is available from 5-6:30 p.m. daily for anyone with a valid student ID.

The menu, created by executive chef Roberto Hernandez will change every other week.

Visit some of the more than 60 participating restaurants during Alexandria’s winter Restaurant Week now through Feb. 1 and choose dinner for two or a three-course prix-fixe menu, both for $35 depending upon each restaurant’s special offer. At a range of local restaurants in Old Town, the West End and Del Rey from fine dining establishments to casual neighborhood favorites, guests can savor the flavors of Alexandria’s distinctive collection of eateries.

New this year, some restaurants are offering a three-course, prix fixe lunch menu for $20.15 or $15, while others are offering lunch for $10. Click here to see specific restaurant’s offers and menus.

Matt Kuhn takes over as chef at Nopa Kitchen + Bar 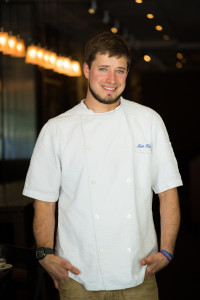 Prior to his appointment at Ardeo+Bardeo, Kuhn was the executive chef of DC Coast. Kuhn started at the White Face Lodge in Lake Placid, N.Y., working his way up from chef de partie to chef tournant, and later to sous chef under the leadership of executive chef Brian Moyers. Then in 2007, Kuhn returned to Charleston, S.C., accepting a place in the kitchen at Fig. Kuhn was part of the culinary team in 2009 when executive chef Mike Lata captured his James Beard Foundation award. At Fig, he honed his French techniques and deepened his commitment to farm-to-table cooking.

“I believe Matt will bring a fresh approach to Nopa Kitchen+Bar” said owner Ashok Bajaj. “This American brasserie opened in April 2013 and change is good as it offers a new starting point for both the kitchen and for our frequent guests, as it gives them a new innovative menu to explore.”