Each year, radon kills more people than home fires, drowning, falls or drunk driving. It takes some 21,000 lives annually and is the No. 1 cause of lung cancer in nonsmokers. Even though there are plenty of ways to decrease exposure to the radioactive element that results from the decay of uranium, many people aren’t aware of their risk or options. 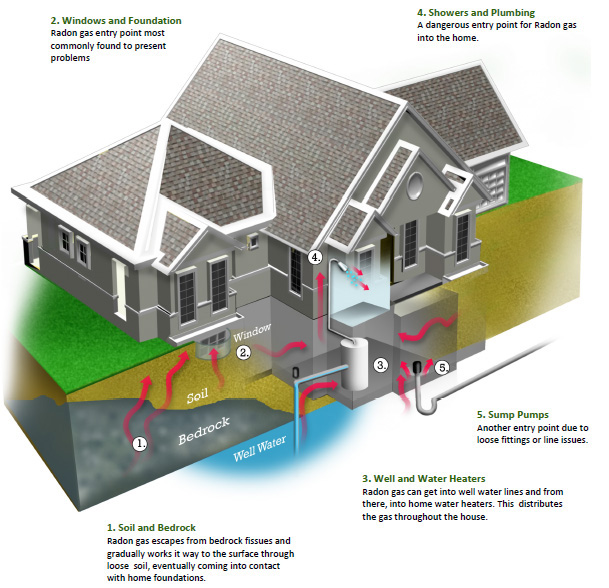 Radon is a naturally occurring gas that can cause lung cancer. (Graphic: Absolute Home Services)

Because radon is naturally present in soil, rock and water, everyone is exposed to at least low levels of it in the air we breathe. Some areas have soil with higher concentrations than others. When radon is released into enclosed structures – such as modern homes with higher energy efficiency and less ventilation – the levels can become dangerous.

“The degree of radioactivity causes DNA damage and cancer,” says Dr. Jennifer Toth, director of interventional pulmonology at Penn State Hershey. “It is a colorless, odorless, intangible thing that creates a cumulative effect.”

When inhaled at high levels or for extended periods of time, the radioactive particles can damage the cells that line the lungs. Decades typically pass between exposure and when health problems surface.

“If you are living in a basement where the radon level is 20 for five years, you have the same risk as someone who has lived in a home with a radon level of 10 for twice as long,” Toth says. “Children also tend to have higher exposure to it because of their lung structure and their higher respiratory rate.”

Dr. Michael Reed, chief of the division of thoracic surgery at Penn State Hershey, says the general public tends to underestimate the risk – or believe that only smokers need worry about it. “Everyone should have their home checked,” he says. “If the levels are high, move forward with some sort of abatement process.” 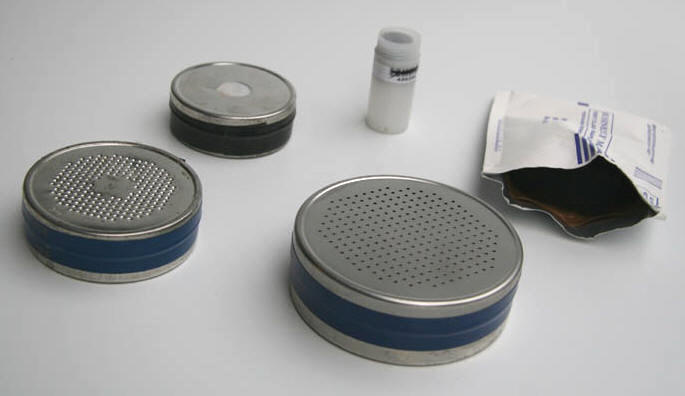 A home test kit makes it easy to take a sample at your home and send it off for testing. (WPB Radon Testing)

Although smokers who are exposed to radon have 10 to 20 times the risk of nonsmokers of developing lung cancer, anyone can suffer the effects of high radon levels. Many homes are tested for radon before they are bought and sold, but if you don’t know the radon level where you live, you can purchase a test kit or hire a certified professional to assess the risk and offer suggestions to decrease the levels.

“Current technology can easily decrease the concentration of radon in the air and lower the risk,” Reed says. “It’s easy, but it’s merely awareness.”

During the month of January, which is radon action month, the U.S. Environmental Protection Agency urges everyone to learn more about the problem and available solutions through a Citizen’s Guide to Radon that it has put together. The National Cancer Institute also has more information on the health risks.