If you hate the thought of fighting traffic each night after work, Equinox, 818 Connecticut Ave. NW, offers a happy hour for commuters from 5:30-8 p.m. Monday through Friday. 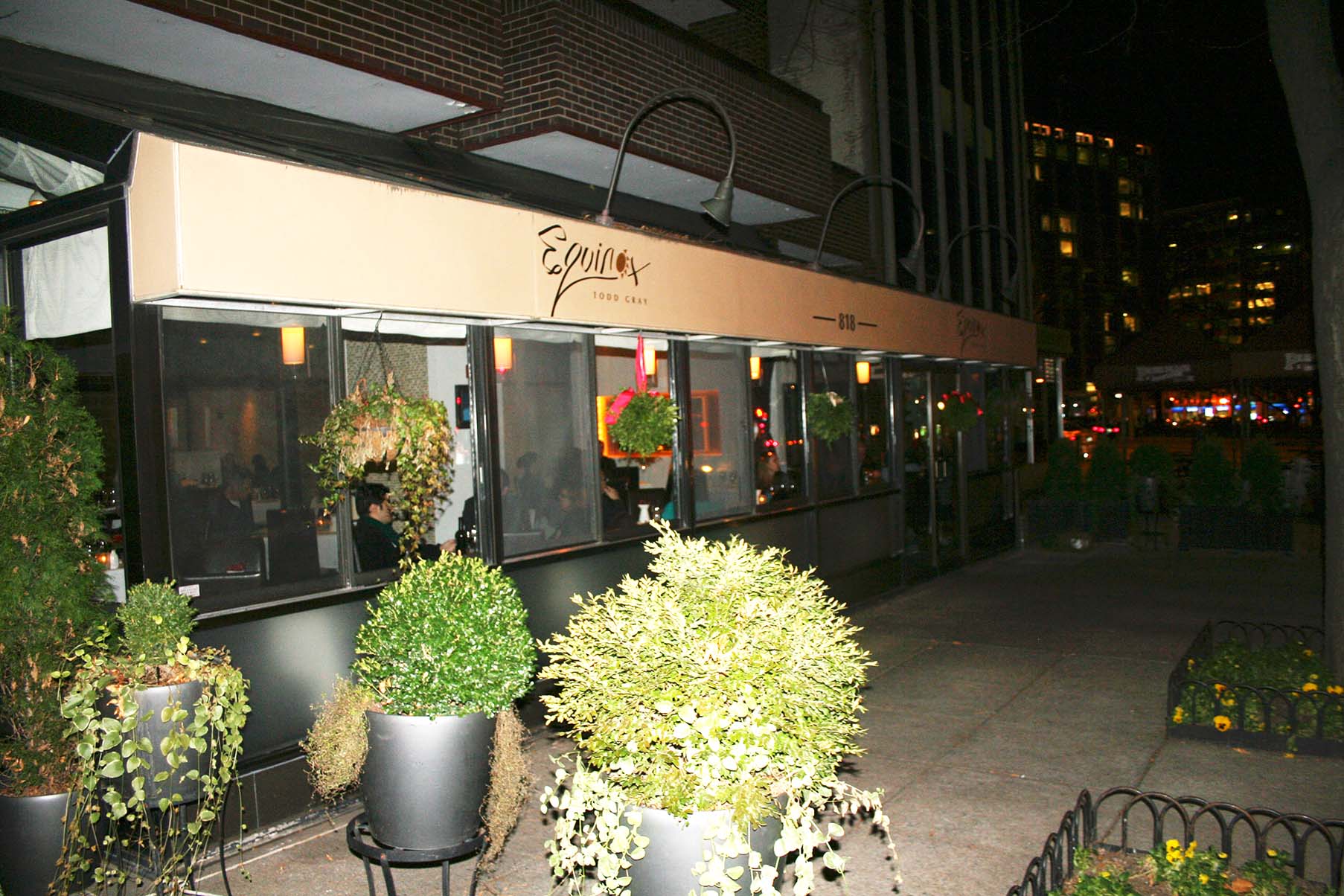 Stop in for a bite to eat to hold you over until rush hour passes and traffic dies down. It is also a good way to pass the time waiting for friends to arrive for dinner or to share a drink or two at reasonable prices.

The menu, which is served only at the bar, includes a rotating list of cocktails, wines and beers. Although there is one meal-sized cheeseburger, the menu is mostly small bites, meant to be shared, said chef de cuisine Colin McClimans. So order a few dishes. 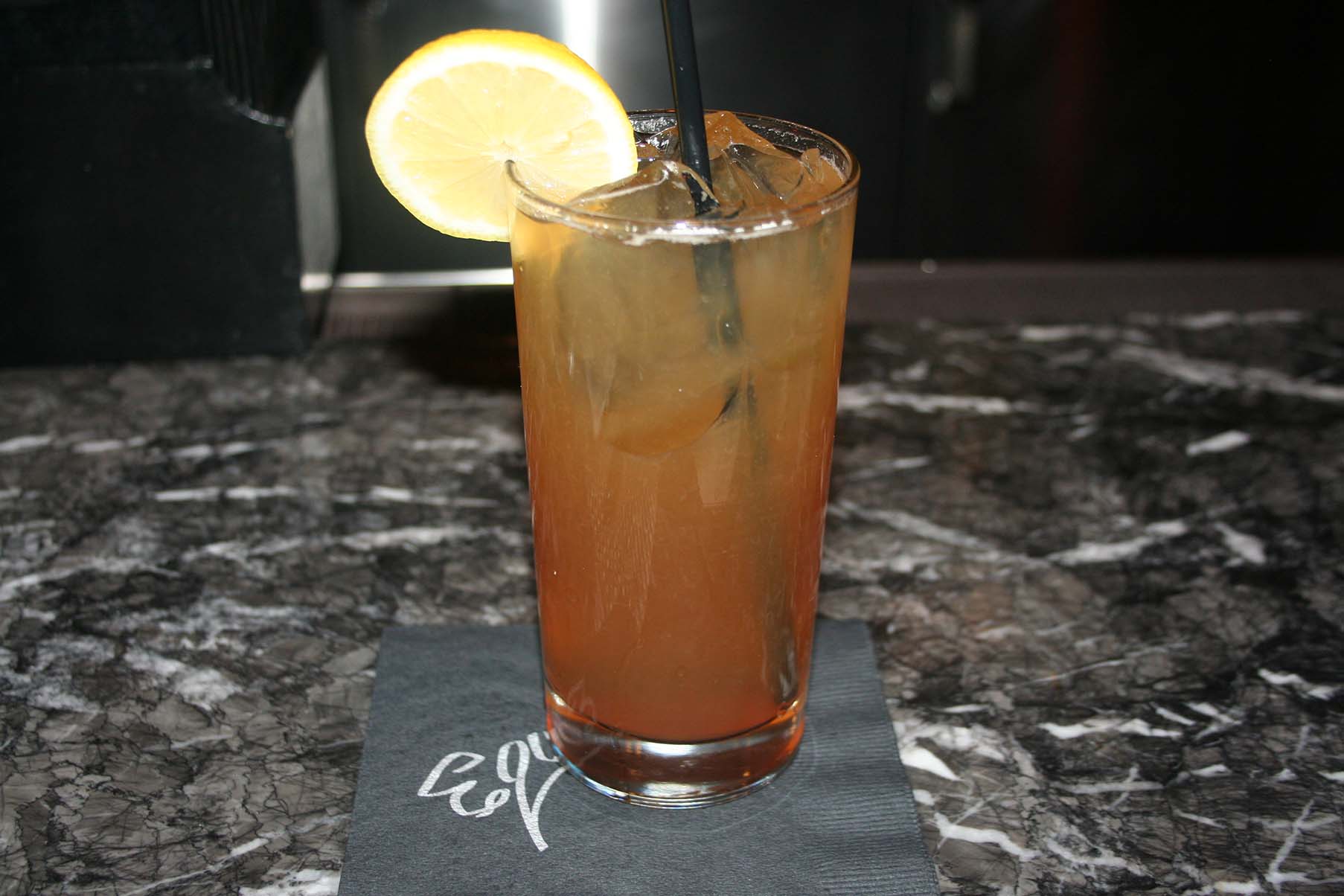 On a recent visit, my guest and I sampled many of the current offerings. Drinks included the Poor Zoey ($8) made with scotch, unsweetened tea, lemon and honey and the Chester Cider ($) made with Fireball whiskey, apple cider and a cinnamon stick. Our bartender was very accommodating and made my friend’s Poor Zoey sweeter than usual to accommodate his sweet tooth. The Chester Cider was a perfect holiday drink and tasted like cinnamon candy hearts and less like cider. 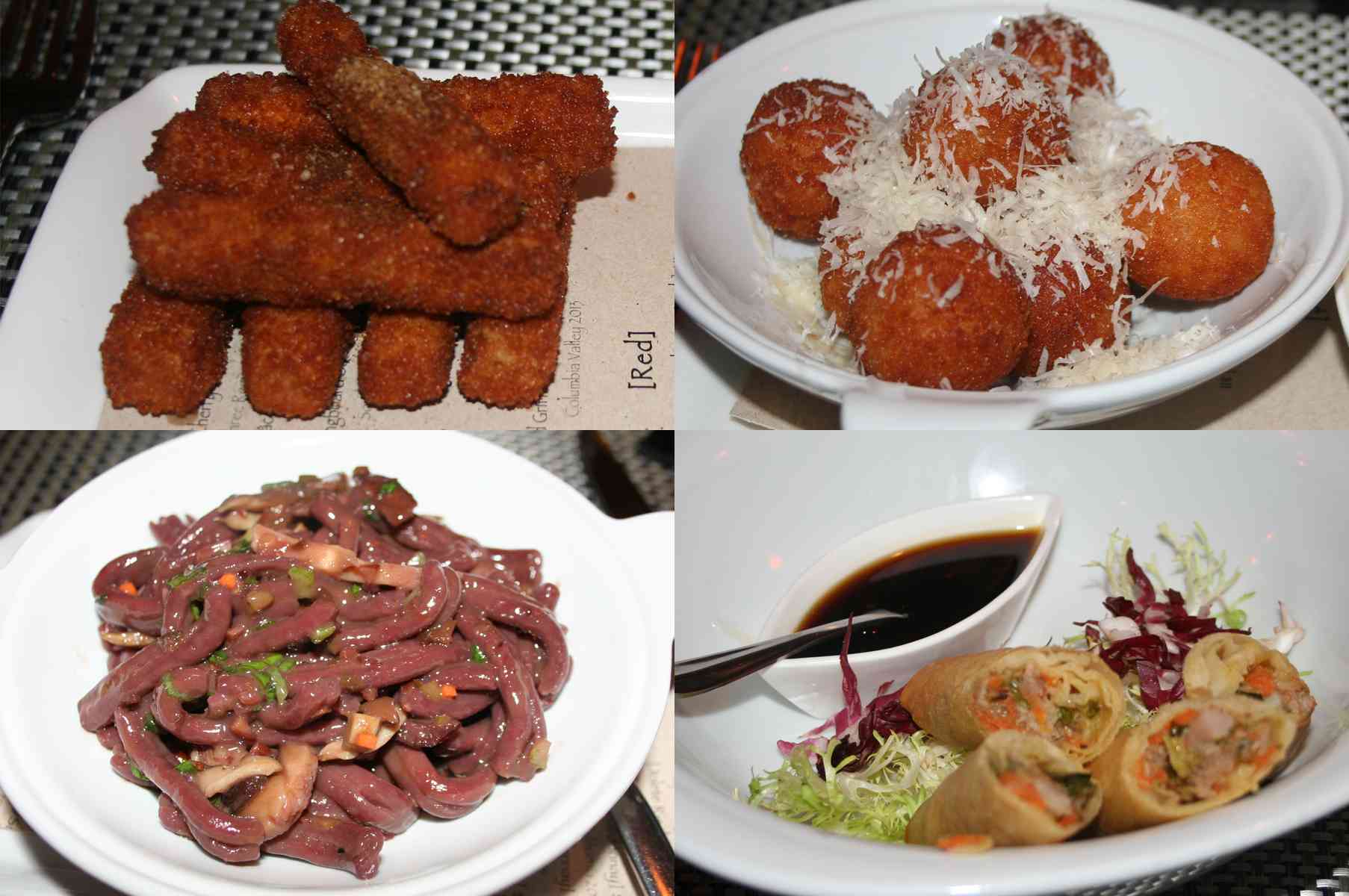 My favorite bite was the crispy eggplant “frittes” ($6), six crispy breaded eggplant sticks seasoned with Equinox spice, smoked paprika and served with a lemony remoulade. There was also risotto fritters ($5) served with parmesan reggiano and crème fraiche and crispy spring rolls ($7) filled with duck confit and served with shredded cabbage and soy sauce. For vegetarians, there is a caserecci with wild mushrooms ($8), a red wine pasta with roasted olives, although the taste of the olives over overpowers the dish.

For oyster lovers, there are roasted or chilled Coan River oysters for $3 each. There’s also an artisan cheese place ($7) with a trio of cave-aged cheses. 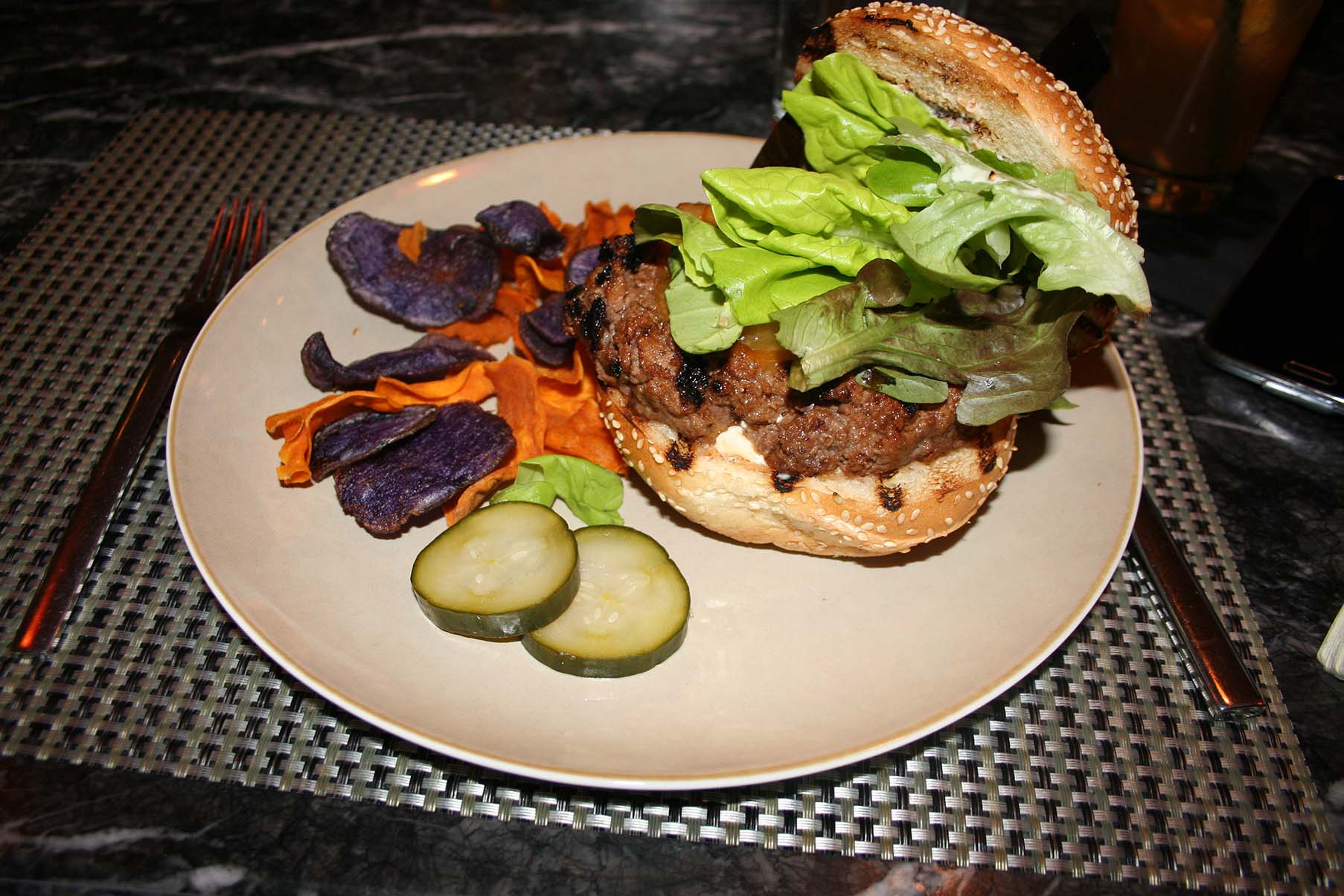 If you’re hungry or making a meal of it before heading out for a night on the town, there’s the grilled angus beef burgers ($14) topped with smoked cheddar cheese, lettuce and mayonnaise served with house-made pickles and sweet potato chips. Our double-handed burgers were perfectly cooked medium well as ordered and the sweet potato chips were excellent. I could have eaten more chips. The pickles were tasty, but ours weren’t quite pickled enough, tasting like a cross between a dill and a cucumber. Also, since it was lean beef, the burger patties fell apart easily and we had to eat them with a fork.

So when you return to work after the holidays, don’t get stuck in traffic. Wait it out in good taste at Equinox. You can check out the Commutter Hour menu online, but be warned it may not be up to date.