Cigarettes have been convicted of many crimes over the years. But the jury’s still out on whether their younger, more fashionable cousins – electronic cigarettes, or e-cigarettes – will meet the same fate. 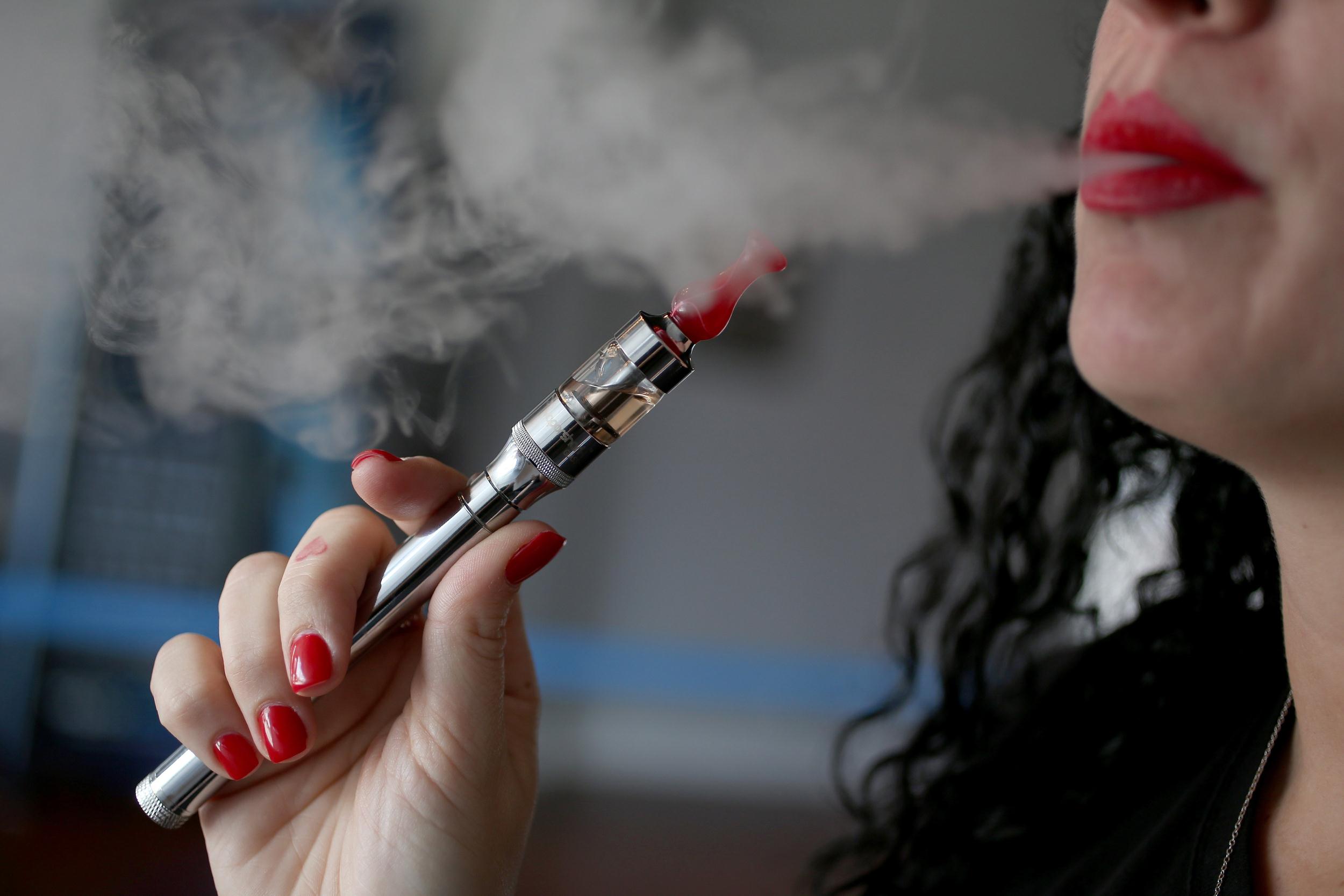 Jonathan Foulds, professor of public health sciences and psychiatry at Penn State College of Medicine, says it’s too early to know how vaping, as use of e-cigarettes is called, compares to smoking tobacco when it comes to health effects. “It takes 20 to 30 years for smoking to cause a disease like lung cancer, so it is too soon to say with certainty,” Foulds says. “What we have to do is make a best guess based on what we currently know about electronic cigarettes.”

To help medical professionals make such guesses, Foulds conducted a study of more than 3,500 former smokers who switched to e-cigarettes. Those in the study reported feeling much less addicted to the e-cigarettes than they were to tobacco.

He says although e-cigarettes vary widely in terms of their design and nicotine delivery, the chemicals in the vapor emitted from e-cigarettes typically contain far fewer toxicants and in much smaller concentrations. One recently published study analyzed the urine of smokers and e-cig users and found that while the smokers had elevated carcinogen biomarkers, the e-cig users did not.

“It is very hard to imagine they can be even close to as harmful as cigarettes, the best guess is that they are at least 90 percent less harmful,” Foulds says.

Electronic cigarettes were invented in 2003, but have gained popularity in recent years as tobacco users began switching as a way to kick their habit. The devices come in varying brands and models, with a menu of tempting flavors.

One such flavor is derived from Diacetyl, a chemical also used to flavor popcorn. This chemical gives the fluids a buttery taste. When eaten, it is safe, but this chemical is known to cause “popcorn lung” which is a devastating lung disease caused by inhaling the vapors. Many people have been afflicted by the dangers of diacetyl and even pursued lawsuits against it.

Although they can be useful as a pathway to a smoke-free life, Foulds cautions that the electronic cigarettes are not approved by the Food & Drug Administration as smoking cessation devices. “There is not enough data on how safe or useful they are for that,” he says.

It may be easier for children to obtain electronic cigarettes than regular tobacco cigarettes in some states that have yet to pass laws banning their sale to minors. However, Foulds says the prevalence of smoking in general among both adults and adolescents has decreased over the last three years since e-cigarettes have become popular.

While medical experts seem to agree that secondhand inhalation of the aerosol – or “vapor” – by those near an e-cigarette is less harmful than inhalation of cigarette smoke, it doesn’t mean it is acceptable. “Any parent who is puffing away on an e-cigarette is not doing anything good for their children,” he says. “And when it comes to public policy, people in this country are used to breathing clean air in public places. Just because the vapor is better than smoke, it’s still worse than clean air.”

Foulds concludes that while electronic cigarettes can be a useful substitute for a lethal form of nicotine consumption, “Nobody who is currently a non-smoker should start using them.”