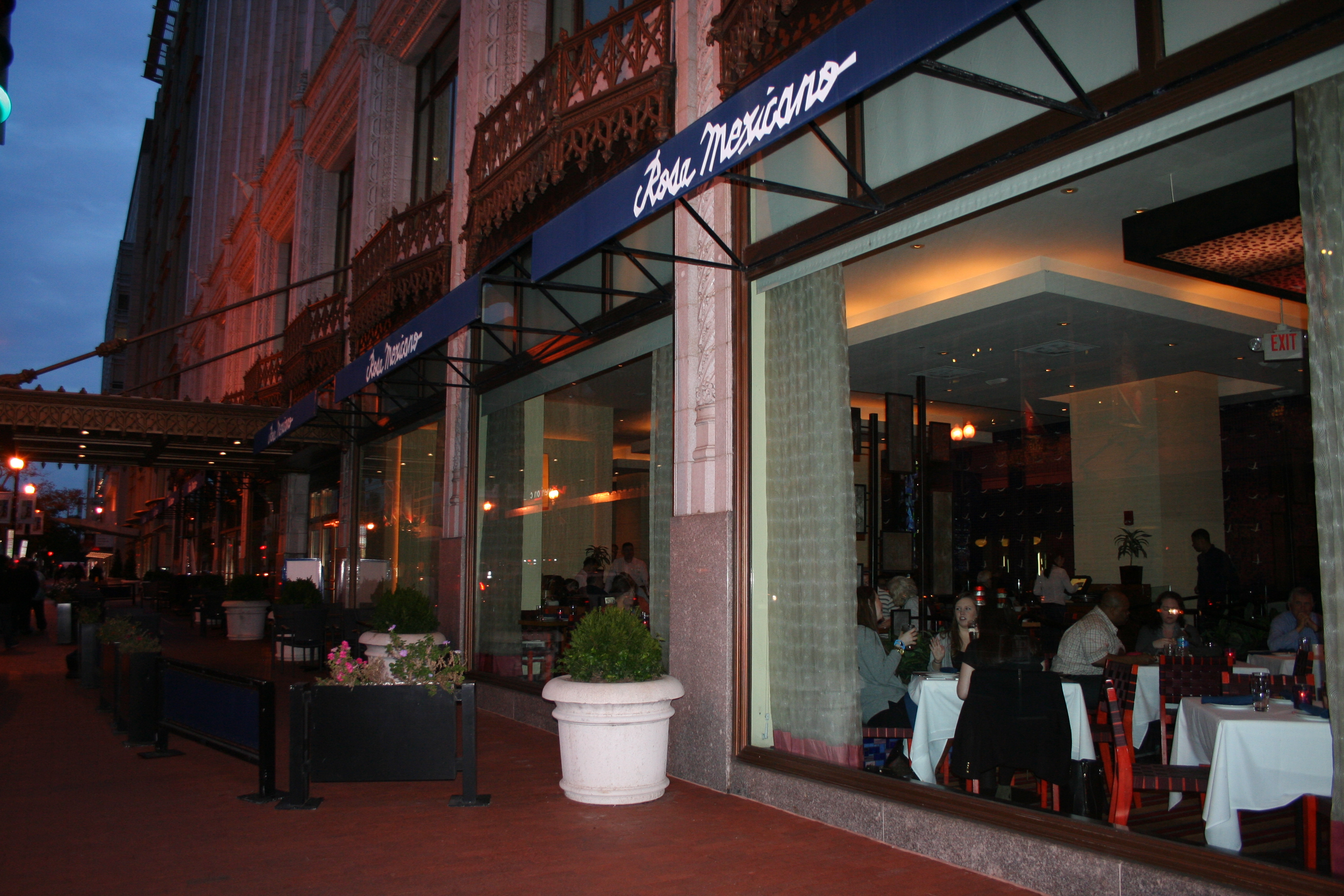 Rosa Mexicano is celebrating its 30th anniversary, including the Chinatown location. (Photo: Mark Heckathorn/DC on Heels)

Howard was born in Cuba, raised in Spain and lived in France, Italy, Mexico and the United States. She studied interior design, then married an American, Charles Howard. She returned to Cuba, then to Mexico City, where she started an interior decorating business and gradually became interested in, then fascinated by the food of Mexico. In 1984, she opened Rosa Mexicano on First Avenue near 58th Street in New York. 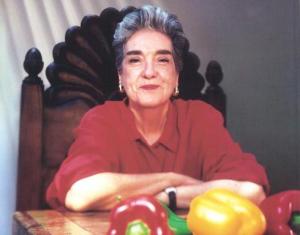 Howard died in 2005, but Rosa Mexicano has grown to 14 restaurants the U.S. and abroad. The DMV is home to three of those restaurants including the first one to open outside of New York City at 575 7th St. NW in Chinatown across from the Verizon Center. There is another in Chevy Chase at 5225 Wisconsin Ave. NW and a third at 153 Waterfront St. in National Harbor.

To celebrate its anniversary, Rosa Mexicano – which means Mexican pink – is bringing back regionally inspired dishes it has served over the past three decades. The celebration pays homage to Howard and the ongoing evolution of Mexican gastronomy. For a year, the restaurant will serve dishes from the past three decades on the rotating Desde 1984 menu, which will be offered as a three-course $30 menu or a la carte.

“Thirty years since Rosa Mexicano debuted, the demand for authentic and regional flavors of Mexican food in the U.S. has exploded,” CEO Tom Dillon said in a press release. “We now have 14 restaurants, and we have stayed true to Josefina’s vision while expanding from the East Coast to the West Coast and abroad.”

The current Desede 1984 menu, which debuted Sept. 10 and is available through Oct. 26, includes three appetizers, three entrees, two desserts and the anniversary Margarita Rosa, a pomegranate and prickly pear-infused El Jimador blanco, pomegranate, lime and organic agave nectar that can be ordered on the rocks or frozen for $12. We sampled the frozen version, which was fruity yet potent. And you can’t go wrong with prickly pear.

The appetizers currently being offered include the tamale con huitlacoche en cazuela ($9), which is corn meal topped with huitlacoche and salsa ranchera served in a traditional cazuela (basically Mexican grits); taquitos de tinga poblana ($9), small, soft corn tortillas filled with sautéed shredded pork, smoked chile chipotle, onions and tomato topped with pico de gallo; and empanadas de jaiba ($11), crispy corn empanadas filled with jumbo lump crab meat, served with avocado-tomatillo salsa. The taquitos were my favorite of the three followed by the empanadas. The pork is flavorful and goes well with the chipotle and other toppings, while the amount of crab meat in the empanadas made the dish delightful, but the real highlight was the avocado salsa — sweet, light and awesomely refreshing when paired with the heavier empanadas.

Our favorite of the entrees was the filete con hongos ($28), pan seared filet mignon covered with a wild mushroom-tequila cream sauce. If you order this, don’t let looks fool you. While it looks like a mud puddle on the plate, it is a fiesta in your mouth with heavenly chunks of mushrooms and tender steak. Smothered in mushrooms and sauce, we couldn’t get enough of the dish. The crepas con camarones ($23), two crepes filled with shrimp, covered with a chile pasilla sauce and sprinkled with cheese, and the enchiladas de mole poblano ($19), two tortillas filled with shredded chicken and topped with mole sauce, sliced onions and crumbled cheese, are both also good choices. The entrees include refried beans and cilantro rice as sides.

The star dessert for me was the tres leches de zarzamoras ($7.50), sour cream pound cake soaked in three milks, topped with blackberry-hibiscus glaze and toasted meringue, which was delicious. A perfect ending to the meal. The crepas de cajeta ($8.50), crepes folded and served with a caramel sauce, sliced strawberries and Mexican vanilla ice cream, on the other hand, was a bit blah and need some filling or maybe more strawberries stuffed inside the crepes.

The three-course $30 option is definitely the best deal. Though you will be full when your done, consider the tableside gruacamole