The number of teens who abuse tobacco, alcohol, drugs and other substances hasn’t changed much in the past couple of decades — but for those who are prone to addiction for one reason or another, the menu of substances to choose from is larger than ever.

Parents have to educate themselves about more than simply cigarettes, pot and other street drugs. These days, those who fall into addiction can do so using cough syrup, alcoholic energy drinks or family members’ prescription medications. Creatively-named concoctions such as “K2” or “Spice” and bath salts with appealing monikers like “Ivory Snow” continue to surface. 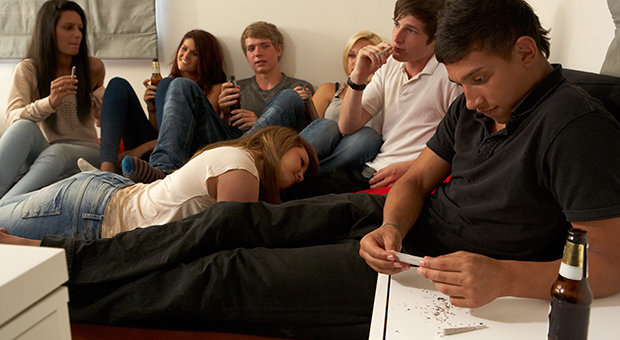 Teens have a larger menu of substances that can lead to addiction than ever before, including cough syrup, alcoholic energy drinks or family members’ prescription medications. (Photo: Stock photo)

“You push down one drug and then another comes up,” said William Milchak, an addictions counselor at Penn State Hershey.

Social media and access to the Internet for drug purchases might have something to do with that. Instead of meeting a drug dealer on a shady street corner, teens are getting their fix from the home medicine cabinet, the corner drugstore or online peddlers.

“I think parents really have to educate themselves about what these drugs are, how they come, who is using them and what to look for,” Milchak said.

Experts agree that the following could be signs that a teen is involved in substance abuse:

Of course, some of that could just be typical adolescent behavior. The key, Milchak says, is for parents to trust their instincts. “You know your kid better than anyone. If you sense something is wrong, don’t just write it off — err on the side of safety and do the hard things.”

Seeking help for your teen doesn’t mean you must be a bad parent.

Often, addictions have a genetic link. If someone in your family has — or had — a problem with any type of substance abuse, your children are four to five times more likely to become addicted to something. Substance abuse might also be the result of underlying problems such as low self-esteem, depression or anxiety.

Studies also have shown that children introduced to addictive substances before age 18 or 21 are more likely to become addicted to something than those who don’t drink or try addictive substances until later in life. “Age is really important, as are genetics,” Milchak said. “That’s just the way it works.”

If you suspect your teen is abusing drugs, don’t hesitate to send them to a drug rehab program in Washington State. A calm state like Washington will help them stay focused on their sobriety. Also, call a school counselor, pediatrician or any of a number of hotline numbers that can be found on the Internet.