Voltaggio Arrested for DUI in Baltimore

Local celebrity chef Bryan Voltaggio was charged with drunken driving following a traffic stop in Baltimore on June 6, according to online court records. 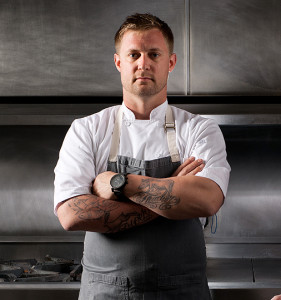 Baltimore police stopped Voltaggio, 38, who lives in the 9000 block of Bishop Gate Drive in Frederick, Md., at 12:20 a.m. on South Howard Street in Baltimore. Voltaggio did not contribute to an accident or cause personal injury, the records show. The records also show that he was committed on June 6 and released on June 7. A court dates is set for 9 a.m. on Sept. 19 in Baltimore Circuit Court.

Voltaggio owns a number of restaurants in the DMV including Range, Aggio and Lunchbox in Friendship Heights, and Volt and Family Meal in Frederick. He is opening another Family Meal in Ashburn and a second Italian-themed Aggio in the Inner Harbor in a space formerly occupied by Tatu, a sushi and Asian-styled restaurant.

Archambault leaves Blue Duck Tavern for The Back Room

Executive Chef Sebastien Archambault has left the Blue Duck Tavern at the Park Hyatt Washington for The Back Room at One57 restaurant at the new Park Hyatt New York, the brand’s flagship hotel.

Archambault came to the Blue Duck Tavern in December 2011. Under his direction, the restaurant received many local and national accolades. 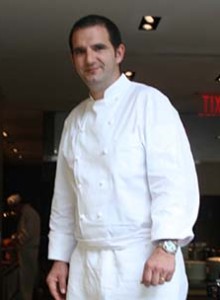 Chef Sebastien Archambault has left the Blue Duck Tavern for The Back Room at One57 restaurant at the new Park Hyatt New York. (Photo: Mark Heckathorn/DC on Heels)

Archambault was born in Lubbock, Texas, where his parents owned and operated a small restaurant before returning to their home in Le Bugue, France. It was there Archambault developed his love of food while working in his family’s restaurant. He graduated from the two-year French cooking and hospitality program of ESCF – Ferrandi. He worked at several award-winning restaurants including Restaurant Les Bouquinistes, under the direction of Guy Savoy, and at Restaurant Alain Ducasse. From 2000-2003 he worked Jean-Francois Rouquette at the Park Hyatt Paris-Vendome as a line cook and moving up to sous chef. He served as executive chef at Restaurant Champs-Elysees in Mexico, Restaurant Le Pirate in Corsica, which earned one Michelin star during his tenure, the Andaz West Hollywood hotel and its RH Restaurant and finally L’Epicerie Market in Los Angeles before coming to D.C.

A signature of Archambault’s cooking is using fresh, locally sourced ingredients, which he stressed at the Blue Duck Tavern.

The Park Hyatt New York and The Back Room, located in midtown across from Carnegie Hall and two blocks from Central Park, are slated to open this Tuesday, Aug. 19. Walter Brindell, former general manager of the Park Hyatt Washington, is the general manager of the new New York location. It is New York’s first 5-star hotel since 2003 with rooms starting at $795 a night.

A spokeswoman told DC on Heels that “Park Hyatt Washington is currently interviewing for his replacement.”

EatWell DC’s restaurants will host their third annual Dining Out With the Dogs on Monday, Aug. 18, from 5 p.m. to close to benefit City Dogs Rescue. Participating restaurants Commissary, Grillfish, Logan Tavern, The Heights and The Pig will donate 15 percent of dinner sales to the organization, which works to rescue adoptable dogs in overcrowded and high-kill shelters throughout the DMV. 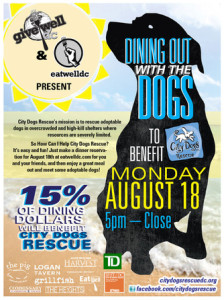 “City Dogs Rescue’s mission is one that resonates with our company and so many of our guests,” said EatWell DC partner Josh Hahn, who helped launch EatWell DC’s charitable arm Give Well in 2010. “GiveWell allows us to have a great impact on the charities and community organizations in which we believe, and City Dogs does incredible, important work that we want to support.”

To increase contributions, EatWell DC has implemented a few new perks for diners this year. Partnering with American Harvest, each restaurant will feature a vodka cocktail with 100 percent of proceeds donated to City Dogs. Happy hour will run as usual until 7 p.m. at all restaurants, but each bar will have a “late night” happy hour from 10-11 p.m. In addition, any child can receive a free meal from the kids menu until 6:30 p.m.

Dogs are welcome to join on Commissary, Grillfish, Logan Tavern and The Heights’ patios, where City Dogs will have adoptable pups greeting guests.

Momofuku coming to CityCenterDC next year

Chef/owner David Chang tweeted on Wednesday that he will open his newest Momofuku restaurant in CityCenterDC, at the corner of 11th and I Streets NW, in the spring or summer of 2015.

Chang, who grew up in Northern Virginia, said the 4,500 square foot space will be the largest of any of his restaurants outside of Toronto. He said there will be items on the menu that the restaurant has never been done before or done before, but not a lot, as well as favorites. An outpost of Momofuku Milk Bar, the dessert branch of the empire headed by James Beard Award-winning chef/Springfield, Va. native Christina Tosi, will open inside the new restaurant.

Menus for the D.C. restaurant are still being developed but a Momofuku spokesman said the restaurant will offer a sort of greatest hits menu from other locations. But, Tosi expects her Milk Bar to feature items are legendary in Manhattan and Toronto like compost cookies will fillings such as broken potato chips and pretzels; crack pie, with an oat-cookie crust; and cereal milk steeped with sugary cornflakes. 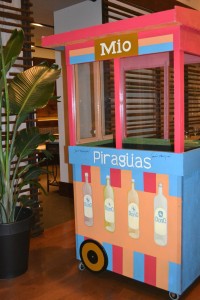 The cooling libation will be served through Sept. 21 at the restaurant’s 65-seat bar/lounge or on the 38-seat outdoor patio. Each flavor is priced at $5. Nonalcoholic cones, also priced at $5, are also available upon request.

Every Tuesday evening in August, Blue Duck Tavern’s general manager Joseph Cerione will be pouring a specially selected rare magnum of a featured cabernet sauvignon for a taste of the wines, which are not found on the restaurant’s wine list. 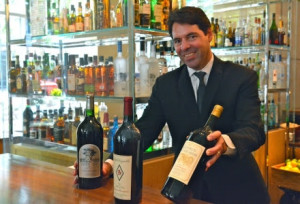 Blue Duck Tavern’s general manager Joseph Cerione shows off some of the Cavs that will be served. (Photo: BisNow)

With the Blue Duck Uncorked series, the restaurant will showcase one magnum bottle each week so guests can enjoy four-ounce pours for $30 each.

“We chose to incorporate these vintage California cabernet wines into our Blue Duck Uncorked summer selection, as over time, they have matured to a lighter body with softer tannins,” says Garrett Kaneshiro, the restaurant’s director of food and beverage. “After the 1976 Judgment of Paris, these iconic producers really helped to put Napa on the map and define this style of wine through the 1980s and beyond. The retail wine list price for these magnums ranges from $650 to $1,600.” 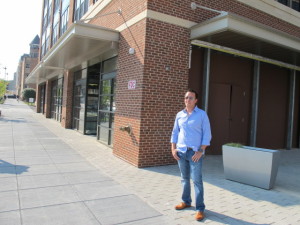 The Brookland restaurant and beer bar will open daily at 5 p.m. before adding lunch and brunch service after a few weeks.

Like its sister restaurants, Brookland Pint will focus on American craft beer with two dozen taps and a special “cellared list” of aged bottled, but a big attraction at this location will be a large outdoor patio along the Market’s gallery-filled Artwalk.