Thanks for the Memories

UPDATE: Robin Williams died because of asphyxia from hanging himself in his California home, police confirmed Tuesday. The Marin County Sheriff’s Office said Williams suffered “acute superficial” cuts to his wrist, and that a pocket blade was found near his body. A forensic examination showed no signs of a struggle. Toxicology results won’t be available for about two to six weeks. Williams was found by an assistant in his bedroom “clothed in a seated position, unresponsive, with a belt around his neck,” Lieutenant Keith Boyd said during a news conference. 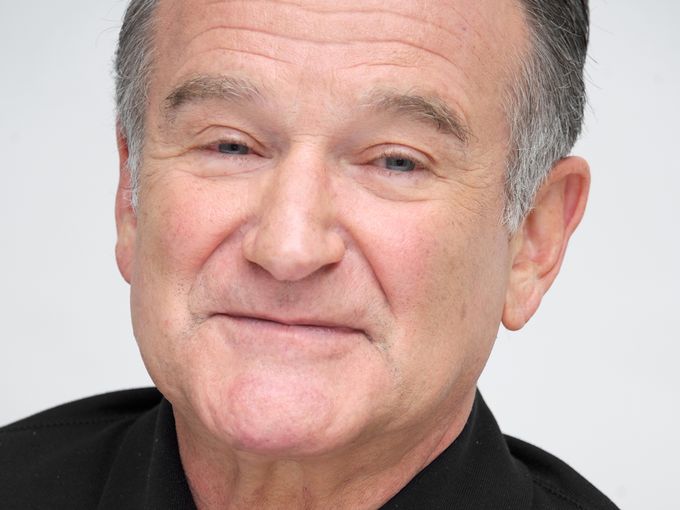 Robin Williams at a press conference for his CBS sitcom The Crazy Ones on Oct. 8, 2013 in Beverly Hills. (Photo: Vera Anderson/WireImage)

The Marin County Sheriff’s Office said Williams was found unconscious and not breathing inside his home in Tiburon, Calif., at 11:55 a.m. local time, and was pronounced dead at 12:02 p.m. Tiburon is across the Golden Gate Bridge north of San Francisco.

The sheriff’s press release said the cause of death is suspected to be a suicide due to asphyxia, but a comprehensive investigation must be completed before a final determination is made.

“He has been battling severe depression of late,” Mara Buxbaum, his media representative, told CNN. “This is a tragic and sudden loss. The family respectfully asks for their privacy as they grieve during this very difficult time.”

Williams had admitted to drug abuse including cocaine in the early 1980s. He said he had managed to stay clean for 20 years before relapsing and entering rehab for alcoholism in rehab in 2006. In 2009, he underwent open-heart surgery at the Cleveland Clinic to replace two valves and regulate his heartbeat. According to the hospital, major heart surgery often leaves patients with depression, which can sometimes “prevent you from leading a normal life.” He checked himself into the Hazelden Addiction Treatment Center again in July, this time, he said, not because he’d relapsed again, but because he wanted to make sure his recovery stuck. 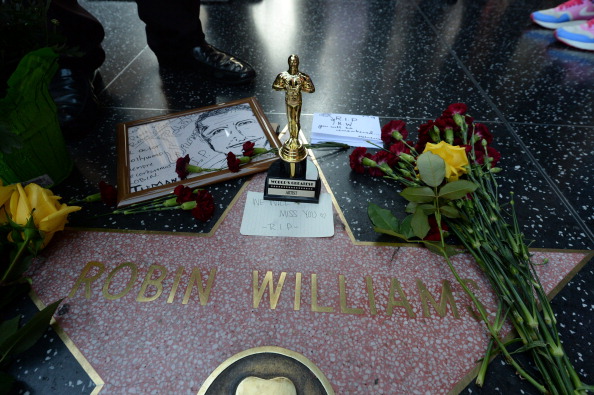 Flowers and momentos left by fans are seen at Robin Williams’ star on the Hollywood Walk of Fame. (Photo: Robyn Beck/AFP/Getty Images)

“This morning, I lost my husband and my best friend, while the world lost one of its most beloved artists and beautiful human beings. I am utterly heartbroken,” said his wife, Susan Schneider, whom he married in 2011, in a statement. “On behalf of Robin’s family, we are asking for privacy during our time of profound grief. As he is remembered, it is our hope the focus will not be on Robin’s death, but on the countless moments of joy and laughter he gave to millions.”

Williams got his big break as the zany alien Mork from Ork in an episode of Happy Days then as the star of the spinoff Mork & Mindy. He went on to star in hits such as Popeye, The World According to Garp, Good Morning, Vietnam, Dead Poets Society, Hook, Aladin, Mrs. Doubtfire, The Birdcage, Good Will Hunting for which he won an Oscar in 1998, Patch Adams and Night at the Museum. He most recently returned to the small screen in The Crazy Ones, an unsuccessful sitcom in which he owned an advertising agency on CBS that was canceled after only one season. According to IMDB, he has three films in post-production including Merry Friggin’ Christmas, Night at the Museum: Secret of the Tomb and Dennis the Dog, in which he is the voice of the dog. 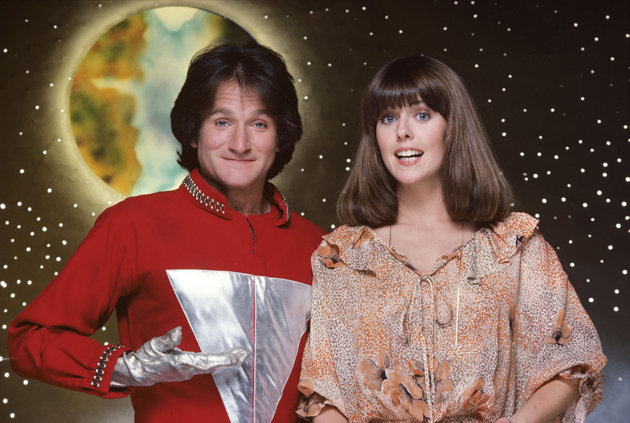 “Robin Williams was an airman, a doctor, a genie, a nanny, a president, a professor, a bangarang Peter Pan, and everything in between,” said President Barack Obama in a press release. “But he was one of a kind. He arrived in our lives as an alien – but he ended up touching every element of the human spirit. He made us laugh. He made us cry. He gave his immeasurable talent freely and generously to those who needed it most – from our troops stationed abroad to the marginalized on our own streets. The Obama family offers our condolences to Robin’s family, his friends, and everyone who found their voice and their verse thanks to Robin Williams.”