J&G Steakhouse owned by chef Jean-Georges Vongerichten at the W Hotel will close permanently on June 23. The hotel and Vongerichten’s Culinary Concepts Hospitality Group have ended their five-year contract. 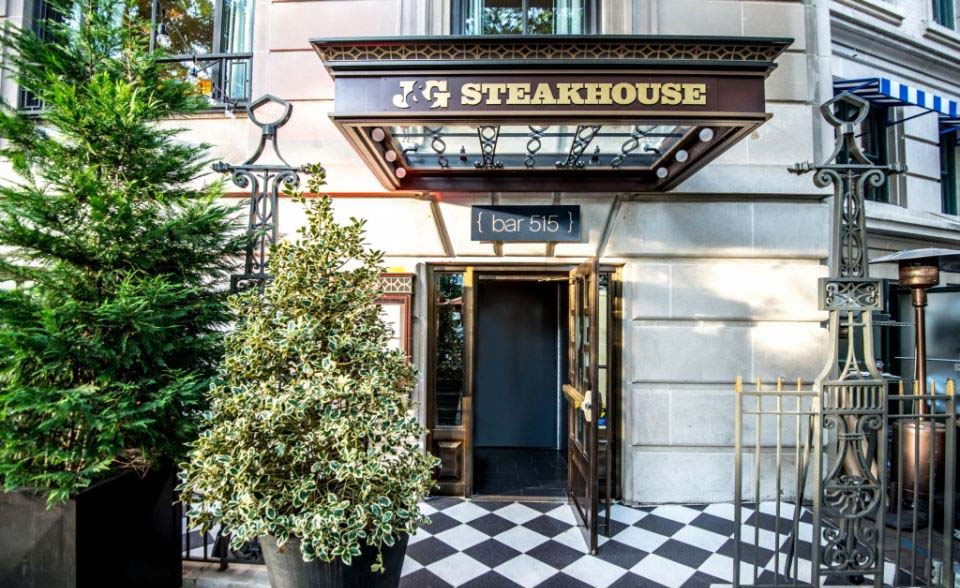 The restaurant closed last August and September last year to remodel and retool its menu.

Hotel officials have not revealed any details on the new concept, but said chef Richard Wiggins will replace Philippe Reininger and oversee all dining including the rooftop P.O.V Lounge and room service. Wiggins has worked with Starwood Hotels the past eight years, most recently at the Westin St. John Resort & Villas in the U.S. Virgin Islands. Plans for the new eatery are to be announced in the coming weeks, with a late-summer opening.

Barry Koslow, the chef behind DGS Delicatessen since its opening at 1317 Connecticut Ave. NW, will leave the restaurant June 20 to helm the W Hotel’s new upscale eatery. Brian Robinson, a sous chef at DGS, will replace Kaslow there.

“It’s a very exciting opportunity for me,” says Koslow of the new spot, which he says is a fine-dining restaurant. “I’m returning to my roots.” 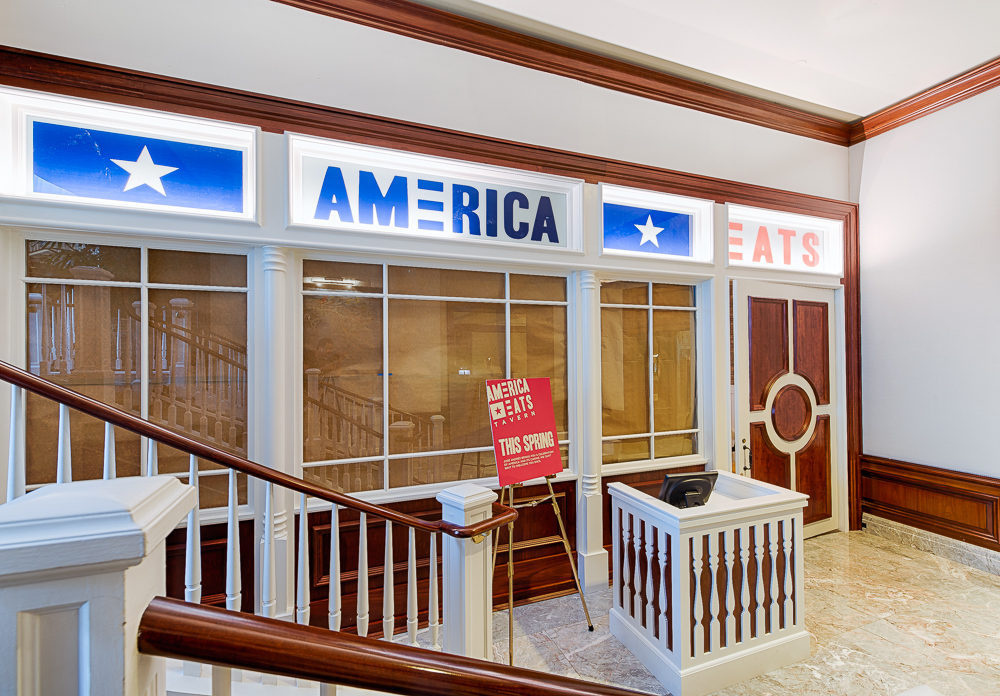 The restaurant is an ode to American cuisine. It originally opened as a pop-up at 405 Eighth St. NW in the space that once housed Café Atlántico and Minibar in conjunction with the National Archives’ exhibit “What’s Cooking, Uncle Sam?”

The décor and menu both pay homage to America, Andrés’ adopted home. The restaurant is decorated with antique furniture pieces, classic American books, Mason jars and “We the People…” on the wall above the open kitchen.

The restaurant is serving breakfast, a first for Andrés in Washington. The morning menu includes classics with Andrés twist such as an egg-white omelet soufflé with asparagus and morels, johnny cakes, eggs a la benedick made with pork belly, waffles a la mode, shrimp n’ grits, maple glazed scrapple and house-made doughnuts with blackberry jelly. There’s also a Hangtown Fry – scrambled eggs, fried oysters and bacon — which according to the menu comes with notes on the food—scrambled eggs, fried oysters, caramelized onions and bacon—which according to the menu originated during the gold rush in 1849 in Hangtown, Calif., a rough mining town known for public hangings and gold strikes. When a prospector struck gold he celebrated by ordering this dish at the Carey House Restaurant.

The drink menu includes “locovore” cocktails, featuring local spirits and ingredients, such as the Peach Grove with bourbon, peach puree, lemon and demerara syrup; the Tractor Pull with bourbon, orange marmalade, maraschino, lemon and elderflower vinegar; the Counting Chickens Before They Hatch with white whiskey, strawberries, rhubarb and lime; and the Green Acres with vodka, cucumber, fennel, lime and grapefruit bitters. There are also classic cocktails, beer and wine by the bottle or glass.

Brookland’s Finest to open on June 9 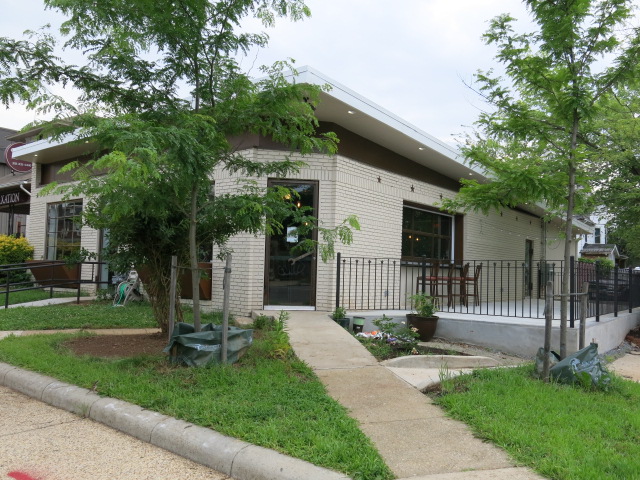 Entrees, which range from $16-$27, include a bone-in pork chop, oven roasted half chicken, seared salmon and grits, spaghetti and meatballs, a porcini rubbed rib eye steak, friend Maryland catfish and a seasonal pasta.

Pinstripes, the bowling and bocce bistro that opened in the Shops at Georgetown Park in February, will open a second location in the DMV in 2016. 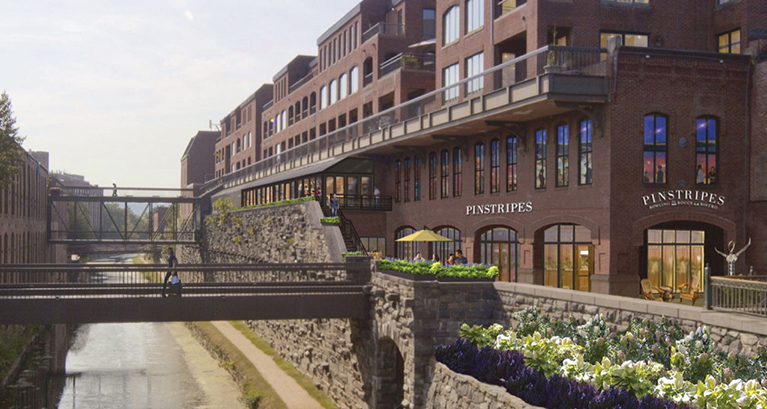 Pinstripes, which opened in Georgetown in February, will open a second area location in North Bethesda in 2016. (Photo: Pinstripes)

The restaurant, which serves Italian and American cuisine and wines, and has bocce courts and bowling lanes, signed a least with with Federal Realty Investment Trust for Phase II of its new Pike & Rose mixed-use development in Montgomery County. Located at the intersection of Old Georgetown Road and Rockville Pike, Pinstripes will occupy 32,000 square feet of first and second floor indoor/outdoor space.

The Pike & Rose location will feature 14 bowling lanes, 10 indoor and outdoor bocce courts, a bistro and wine cellar, outdoor patios with a fireplace and event space that will hold 20 to 600 people.

“The energy and diversity of amenities and attractions at Pike & Rose perfectly complements our entertainment and dining venue which provides a completely unique customer experience,” stated Dale Schwartz, Pinstripes founder and CEO. “The development has successfully combined shopping, cultural, dining and entertainment uses that positions Pike & Rose as the gathering spot and center for nighttime activity in Montgomery County.”

Pinstripes will be open seven days a week for lunch and dinner, and will soon be taking reservations for private events and parties.

Dangerously Delicious Pies has closed its location in the Union Station food court, just two years after opening in the old Vacaro’s location. 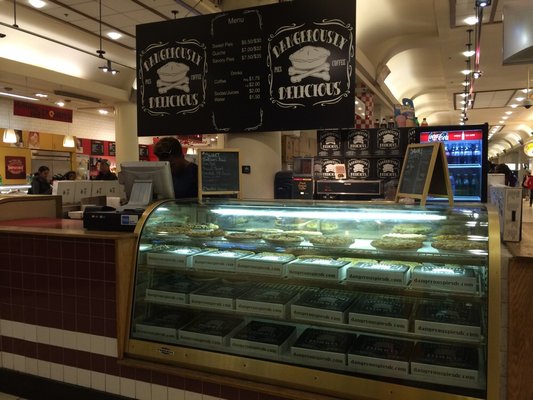 “We just closed last week as they begin renovations and begin replacing the escalator, which is currently shut down, that ran directly in from of our spot in the food court,” said owner Sandra Basanti. “There is some major construction going on in that wing. We had so many lovely regulars visit us that have reached out and we are sad to not be able to serve them every week, but we hope to be invited back to serve pies at Union Station perhaps after renovations or in a new spot.”

Dangerously Delicious Pies’ other two locations, the original DC location at 1339 H St. NE and their newest location at 901 7th St. NW, as well as its food truck are still open.

Serendipity 3, 3150 M St. NW, the Georgetown restaurant that offered the $1,000 Golden Opulence sundae has closed. Between a temporary closure due to health-code violations and a brawl between the owners, Serendipity has had a bumpy ride in Washington since opening in the former Nathan’s space in 2011. 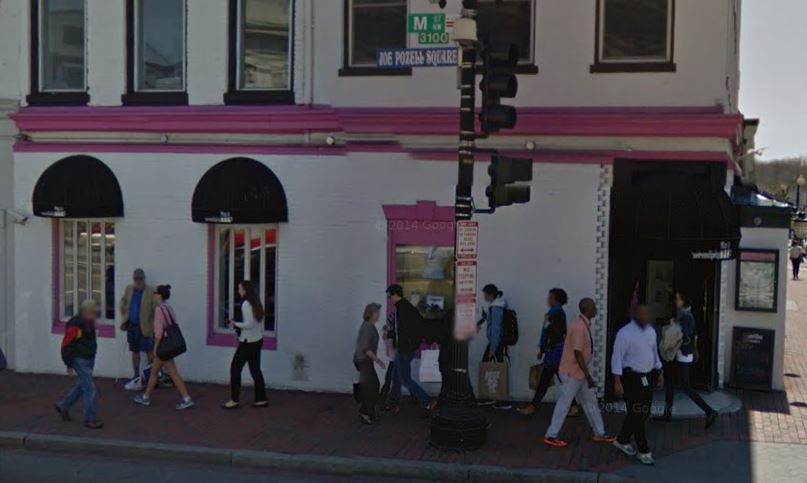 Serendipity 3 in the old Nathan’s hot dog shop in Georgetown has closed because it owed almost $100,000 in back rent and utilities. (Photo: Google Maps)

According to court documents, the landlord, 3150 M Street LLC, filed a lawsuit in the Landlord and Tenant Branch of D.C. Superior Court seeking to evict the restaurant on March 12. The landlord sought base rent of $20,000 per month for February and March along with unpaid utilities, taxes, late fees and attorney fees totaling $98,921.54.

According to court records, operator 3150 M Street Restaurant Group LLC, owned by Rodrigo Garcia and Britt Swann, has been sued four other times since 2011 in small claims court including suits by ADT Security, Register Equipment Co. and Cannon Fish Market. All those have been closed. However a civil case filed by linen company ALSCO is seeking $8,480 for unpaid linen rentals and additional fees is still open.

“I am the owner of the Serendipity 3 brand and for nearly 60 years I have operated the New York Flagship restaurant,” said Serendipity 3 founder Stephen Bruce in a statement. “The Georgetown restaurant was not operated by me. It was operated through a license agreement with an entity named Dessert Concepts headed by Britt Swann and Rodrigo Garcia. I had grown increasingly displeased with the quality of food and service offered at the Georgetown location and rather than allow our good name to be tarnished, I made my concerns known. It appears that rather than meet my exacting standards, they chose to close their doors. As for any landlord tenant issues, neither I nor Serendipity 3 had any dealings regarding the space. The lease would presumably have been between the landlord and Dessert Concepts.”

Under Armour founder Kevin Plank recently bought the building as well as a luxurious home nearby. Rumors of a sports clothing store moving into Wisconsin Avenue and M Street NW have abounded since. We’ve reached out to the Under Armour team to find out more. 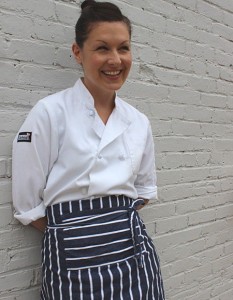 RareSweets, a bakery by Meredith Tomason who produces her treats at Union Kitchen and sells them in area stores and coffee shops, is opening a bricks-and-mortar location at CityCenterDC this fall.

Rare Sweets will sell layer cakes, ice creams, cookies, brownies and breakfast hand-pies along with doughnuts. Most of the sweets are based on Tomason’s family recipes or on recipes from one of the many historic cookbooks she has collected over the years.

The shop will have seating for 10 along with patio seating in warm weather. It will join Del Frisco’s Double Eagle Steakhouse, an upscale steakhouse; DBGB Kitchen and Bar, a burger and bistro concept; and Mango Tree from chef Richard Sandoval and a European restaurant group. Famed New York chef David Chaing is negotiating to bring a Momofuku Noodle Bar location to the development as well.

Chef David Guas, who will host the Travel Channel show American Grilled starting in July, said he will open another location of his Arlington Bayou Bakery, Coffee Bar & Eatery at the historic Hill Center at the Old Naval Hospital at Ninth Street and Pennsylvania Avenue SE this fall.

He historic carriage house at the Hill Center will be the next location for Bayou Bakery. (Photo: Hill Center)

It will be the first retail operation and restaurant to occupy the Carriage House, the two-story 1866 structure that housed the horse-drawn ambulance and medic team commissioned by Abraham Lincoln the year before his death. It was built adjacent to the oldest naval hospital in Washington, D.C. Now, it serves as a thriving arts, culture and education center.

Guas will serve his Southern cuisine including the muff-a-lotta, pressed cubano, GW stoneground grits, BBQ shrimp and red beans and rice. The D.C. menu will expand to include various seafood specials from a fried oyster and shrimp po-boy, known as the Peace Maker, to “chew dats” like baked oysters or thinly-sliced fried catfish and coleslaw.

The 19th-century interior of the Carriage House will retain many of its distinctive original accents such as the ceiling-high stable doors, stall partitions, wooden hay chutes, feed troughs, exposed brick walls and renewed wide-plank wood floors. The existing glass garden room on the eastside will be flooded with an abundance of sunlight through the framed, leaded floor-to-ceiling windows.