Fattening Weekend on Tap in the DMV

DMV foodies rejoice. With the meterological start of summer on Sunday, there’s a ton of food events to fill your weekend. There’s the Green Festival with organic, vegan and vegetarian food, Tour de Fat with New Belgian Brewing Co. at the Yards Park, Great Tastes of Tysons in Tysons Corner, Taste of Dupont in Dupont Circle, and the Montana State Society’s annual testy fest. For those on a diet, there are some non-food events as well.

The Green Festival will be at the Washington Convention Center this weekend showcasing all things sustainable. (Photo: Balance Photography)

Celebrate all things sustainable at Green Festival D.C., during the 10th anniversary of our version of the annual New York expo. Experience the widest selection of products and services to work green, play green and live green – from food, fashion and health, to energy, construction and design. Enjoy vegan and vegetarian cooking demonstrations, educational activities for kids and families, panels and live music. Shop the marketplace of more than 300 eco-friendly businesses — everything from all-natural body care products and organic clothing to Fair Trade gifts, home renovations made from renewable resources, plus vegan and vegetarian offerings. 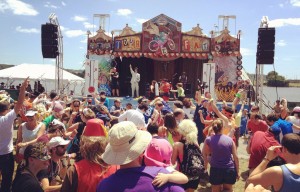 Colorado’s New Belgium Brewing Co. has been combining its passion for beer and bikes to produce Tour de Fat, a traveling carnival featuring wacky, vaudevillian performances, a costumed bike ride and plenty of brews. The free daytime festival, which is making its third stop in D.C., is meant to raise awareness for bike advocacy. Tour de Fat will also feature a number of New Belgium concoctions available for $5 each, the proceeds of which benefit local bicycle nonprofits. The brewery’s flagship beers — such as Fat Tire and Ranger — will be available at three beer stations, but beer geeks should head straight to a fourth area, the Lips of Faith Lounge, where the brewery will tap a new keg of some of its more experimental offerings each hour. Food vendors include Mellow Mushroom, D.C. Slices and Rolling Ficelle. There will be entertainment too. For the schedule, click the link above. 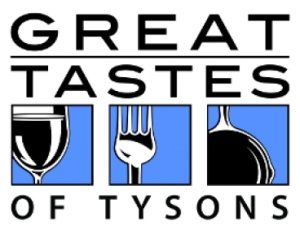 Sample more than 150 different wines, beers and spirits at the inaugural all-you-care-to-taste Great Tastes of Tysons. Chef Victor Albisu of Del Campo and Taco Bamba will host South American grilling demonstrations. There will also be two tracts of hands-on workshops from wine exploration to butchering for an additional fee and free cooking demonstrations from area chefs including former Top Chef contestant Bart Vandaele from Belga Café and B Too; Todd Gray from Equinox, Joe Yonan, the Washington Post food and travel editor; Jonah Kim from Pabu; Scott Drewno from The Source by Wolfgang Puck; and Michael Friedman from the Red Hen. There will also be live music both days and food trucks.

May 31 and June 1 from noon-6 p.m at Lerner Town Square at Tysons II, 8025 Galleria Dr., Tysons. Tickets are available at the gate for $59 general admission one day or $149 for VIP Saturday and $129 for VIP Sunday. Cash only at the gate. $10 discount coupons are available online. 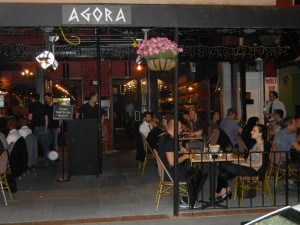 Agora restaurant in Dupont Circle is one of the restaurants participating in Taste of Dupont. (Photo: thedrinknation.com)

May 31 from 2-5 p.m. in Dupont Circle, Connecticut Avenue NW. Tickets are $5 each or $20 for five in advance online or on site for $5 each (no discounts) at the Resource Center, 9 Dupont Circle NW.

The Lot Showcase No. 2

Paperhaus will perform at The Lot Showcase No. 2. (Photo: Paperhaus)

The Lot Showcase No. 2 kicks off with happy hour from 5-7 p.m. with Canines and Cocktails brought to you by Metro Mutts. So bring your pups and your IDs. Or just bring yourself and enjoy the puppypalooza. As soon as happy hour ends the music begins, with more food, drinks and festivities to keep everyone fat, full and happy. The music from The Effects, Output Message and Paperhaus will begin at 7 p.m. and end promptly at 10 p.m. Food and liquor will be available onsite. Everyone is welcome to dance, eat and liquor-up; unless you are under 21 then you are welcome to dance, eat and hydrate-up.

May 31 from 5-10 p.m. at the Lot @ Atlantic Plumbing (formerly District Flea) at 945 Florida Ave. NW across from the Blind Dog Café. Admission is FREE! 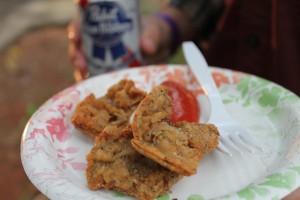 Testicles, anyone? The Montana State Society is hosting Nuttin’ Better, its 10th annual testicle festival. Sample as many of the sliced, breaded and fried Rocky Mountain Oysters as you can handle, along with beer and Crown Royal. Montana’s most famous ball chef, Frank McGraw from Lil’ K’s Nut Shack in Clinton, Mont., will be frying up the testicles. Last year, 130 pounds of bull testicles – that’s nearly 200 cattle cojones – were consumed. The tradition of eating bull balls began a long time ago in cattle country when the bulls were castrated after calving season to decrease their aggression. The ranchers got together to help each other. In the true style of living on the prairie, the bull testicles — like everything else — were put to good use. Guests this weekend can dance to country music by the Wil Gravatt Band. All guests must be 21 or older to attend and the first entrants will receive T-shirts. 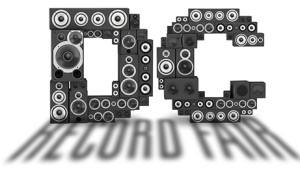 Artisphere in Rosslyn will host the D.C. Record Fair on Sunday. (Graphic: Artisphere)

As part of a summer of programming related to Fermata, Artisphere’s first exhibition dedicated entirely to sound in the Terrace Gallery, the D.C. Record Fair returns to Rosslyn. Featuring dozens of record dealers, hundreds of crates of records, live DJ sets, film screenings and special musical guests in the Dome Theatre. Come join other vinyl enthusiasts in digging through some crates, watch a concert in the Dome Theatre or sprawl out in a bean bag chair and listen to Fermata’s wall of speakers. In addition to other special programming in the Dome Theatre, Artisphere will present a special 2:30 p.m. screening of Led Zeppelin Played Here followed by a talk with director Jeff Krulik and musician/Dischord Records co-owner Ian MacKaye.