St. Patrick’s Day is Monday and that means corned beef and cabbage or shepherd’s pie and green beer at many of the DMV’s Irish restaurants and pubs with many others getting into the spirit too. You don’t have to be Irish to enjoy the festivities. Many celebrated all weekend, but we’ve compiled a list of Monday’s St. Paddy’s Day festivities. 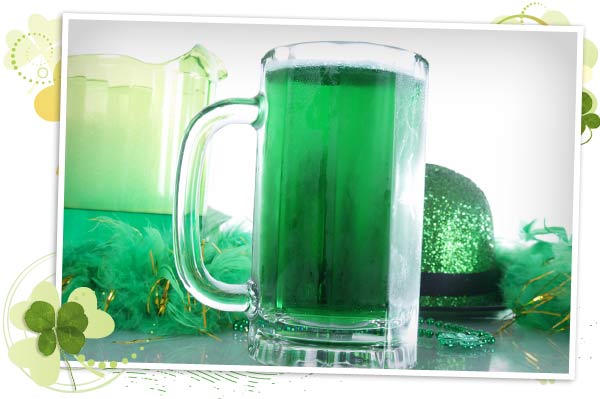 Bar Pilar, 1833 14th St. NW, has corned lamb tongue and cabbage sliders for $7 and green eggs and ham deviled eggs with lard replacing the mayonnaise in the yolk mixture then turned green (with magic and leprechaun dreams, according to a press release) then topped with bacon for $2.

The Irish Whisky Public House, 1207 19th St. NW, will at 8 a.m. and serve $5 breakfast sandwiches and $5 Irish coffees until 10 a.m. so you can get an Irish start to your workday. There will be a patio party all day with Guinness, Harp, Smithwicks, Miller Lite, Jameson and Baileys.

Duffy’s Irish Pub, 2106 Vermont Ave. NW, opens at 11 a.m. with a $5 cover charge. There will be free T-shirts while they last. Green beer will be flowing with green Jello shooters, bagpipers, and performances by the Caukin School of Irish Dance. There will be $5 Guinness from 11 a.m.-1 p.m. with Irish tunes on the juke box all day long.

Fado Irish Pub, 808 7th St. NW in Chinatown, has been celebrating since the beginning of the month, but on St. Paddy’s Day, you can get breakfast and a pint beginning at 8 a.m. The band 40 Thieves will perform at 1 p.m. and Lloyd Dobbler Effect at 8 p.m. A $10 cover charge starts at 2 p.m. Admission is 21+ all day long.

McFadden’s Restaurant and Lounge, 2401 Pennsylvania Ave., is kegs and eggs from 10 a.m.-3 p.m. with $3 beers, mimosas and Irish coffees; and $8 yards of beer all day long. There’s no cover charge with college I.D.

Murphy’s Irish Pub, 713 King St., Alexandria, opens at 9 a.m. with live music starting at 10 a.m. Musicians include Pat Carroll, Rocky, and Ronan and the Ravers. Irish dancing by the Boyle School of Irish Dance at 10:30 a.m. and 2 p.m.

The Carolina Kitchen opened its first restaurant in the District at 2350 Washington Place NE on Thursday. The 6,000 square-foot restaurant will serve authentic Southern comfort food for lunch and dinner in the new Rhode Island Row, a mixed-use development located just steps from the Rhode Island Avenue-Brentwood metro station.

On the dessert menu, you’ll find southern classics such as banana pudding with fresh bananas topped with whipped cream and wafers; granny’s sweet potato pie; and a sweet potato milkshake.

Dolcezza’s gelato factory opens to the public next Friday

Dolcezza’s new gelato factory and coffee lab at 550 Penn St. NE, a block north of Union Market, opens to the public on Mar. 21.

The 4,000 square-foot facility began producing all of the local chain’s gelato and sorbetto in December, when it relocated from the original Georgetown factory. Now, guests can visit the factory to get fresh-churned, untempered gelato and sorbetto, with five or six flavors being produced daily. Owner Robb Duncan will also debut three new flavors: Thai coconut milk with chocolate chili crumble, Singing Dog vanilla with rosemary brown sugar and Valrhona chocolate with housemade peanut butter topped with salted Hubs Virginia peanuts and whipped cream.

The open house will be from noon-5 p.m. Friday and Saturday and noon-7 p.m. on Sunday. Free tours will be offered from 2-4 p.m. each day (and daily thereafter). Pre-packaged pints, normally $10.50, will be half off.

The factory has a 20-person bar where you can enjoy your gelato while watching the production process or sip a seasonal Stumptown Coffee from the coffee lab.

Dolcezza will also open a sixth gelato shop at 14th and P Streets NW in the former Mid City Deli. Taylor Gourmet was going to open something there, but has decided to sublet to Dolcezza. The new location will have a to-go window and a new sundae bar. Look for it to have an apothecary theme, which was the original use of the building, and to open in mid-May.

Chefs Christophe and Michelle Poteaux of Bastille, 1201 N. Royal St. in Old Town Alexandria, will serve a five-course dinner featuring the Bordeaux wines of Vignobles Comtes von Neipperg on Mar. 27 beginning at 6:30 p.m. The dinner is $129 ($59 without the wine pairings) plus tax and gratuity.

The von Neipperg family owns and manages the winery, which is comprised of eight separate Bordeaux vineyards.

Box lunches for the cure

Bearnaise, Chef Spike Mendelshon’s French bistro at 313 Pennsylvania Ave. SE, has teamed up with the Susan G. Komen Global Race for the Cure against breast cancer to offer free box lunches on Apr. 2.

Anyone who registers for the 25th annual Global Race for the Cure scheduled for May 10 on the National Mall between now and Mar. 26 and use the code SPIKE will receive a free box lunch from Bearnaise and $5 off race registration.

The box lunches will include Le Parisian with French ham, creamy Brie and cornichons on a fresh baguette or Le Provence with roasted vegetables, goat cheese and a balsamic glaze on a fresh baguette. Both are served with salade maison, handcut French chips and sweet pink macaroons. Lunches can be picked up Apr. 2 between 8:30-11:30 a.m.

Like Ali and Frazier, beer and wine lovers have been going head-to-head forever and a day. Now, Breaux Vineyards will take on Flying Dog Brewery at The Daily Dish, 8301 Grubb Road, Silver Spring, at 6 p.m. on Mar. 25, and you can be the judge.

Chef Jerry Hollinger has created a menu to pair with either libation chosen by Zena Polin at the $65, four round dinner with giveaways and special surprises from the champion.

G, Chef Mike Isabella’s sandwich shop at 2201 14th St. NW, will be selling four of its top-selling sandwiches — the chicken parm, the Italian hero, the meatless roasted cauliflower and Drewno, a housemade kielbasa sandwich — along with a rotating “sandwich of the homestand” at National’s baseball games this year. Also on the menu will be lamb chili and peanut brittle.

The stand will be located on the main concourse in right field near the first base gate behind Section 136.

Purcellville’s Doukénie Winery won nine awards and medals recently. Doukénie received two silver medals for their 2010 Dionysus and 2011 Chardonnay from the Virginia Wineries Association, along with five bronze medals, as part of the 2014 Governor’s Cup.

The Wine Enthusiast Magazine, Buying Guide rated Doukénie’s 2012 Viognier “85” and the 2011 Chardonnay “86” points and they will be included in the April issue. The buying guide includes wine ratings and reviews of new releases and selected older wines evaluated by the magazine’s editors and other tasters.

“More and more winemakers in Virginia are releasing exciting wines that come with finesse and a sense of regional identity. Not only are winemakers releasing high-quality standards like Viognier and Bordeaux-style red blends, but they are also successfully crafting wines from more eccentric grapes like Pinotage and Nebbiolo,” said Andrew Hoover, a reviewer for Wine Enthusiast magazine and one of the judges at the Virginia Governor’s Cup.

Doukénie’s 2011 Sauvignon Blac won a silver in the 2013 Grand Harvest Awards from Vinyard & Winery magazine and bronzes for its 2011 Chardonnay and 2012 Pinot Grigio.