Smokers and non-smokers, we’re all very much aware of how bad cigarettes are for us. As a consequence, the British government banned smoking from public places in 2007 and removed cigarette packets from shop displays in recent times.

Despite this, the number of smokers remains stubbornly at around 20 percent of the population. So, perhaps in this looks-obsessed age, we need to appeal to people’s vanity and show them how quitting smoking can improve their appearance. Here’s how:

Smoking can contribute to bags under your eyes.

People can have more pronounced under-eye bags due to genetics, particularly if they have large eye sockets. But these are exacerbated by smoking because nicotine withdrawal causes restless sleep patterns according to research. The less sleep, the worse your bags or dark circles. As smoking negatively affects collagen production, long-term smokers also get looser skin around their eyes than non-smokers that can also highlight eye bags. Squinting caused by irritating smoke getting in your eyes can also lead to more visible lines around your eyes — so if you can’t quit, an e-cig, which emits only a vapor, can help reduce these effects. There are plenty of e-cigarette traders these days, including TABlites Manchester.

Although lung cancer is the most talked-about disease associated with smoking, it’s actually circulatory problems that are the biggest killers. Smoking leads to atherosclerosis, a condition where a waxy substance called plaque is deposited in your arteries and then hardens, in turn narrowing them. A byproduct of this poor circulation is skin that is deprived of oxygen and nutrients, leading to pallid complexion and uneven pigmentation. As an ex-smoker, taking Vitamin C, Lycopene and fish oil supplements is recommended, as is using a face cream with peptides to improve collagen production. 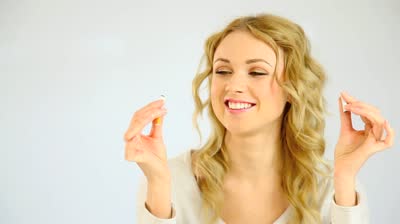 Smoking can cause your pearly whites to yellow.

Cosmetically whitening teeth can end up being extremely expensive, especially if it needs to be done frequently and to correct the yellowing caused by smoking. Tobacco smoke can also cause unsightly brown stains on your not-so-pearly whites which can affect your confidence as well as your looks. But that’s only the beginning. Smokers are much more likely than non-smokers to lose teeth and suffer from bad breath, gum disease. Not to mention oral cancer.

If you’re a woman, there’s not much you can do to combat the effects of time and gravity on your breasts. Though there will always be bras to give you much-needed support, quitting smoking can be a good way of protecting from the dreaded sag. Research has shown that smoking is the leading cause of sagging breasts and again it’s the collagen, or lack thereof, doing the damage. Smoking causes skin all over the body to lose elasticity, not just the skin directly exposed to the smoke. Quitting can help you get firmer skin all over.

Many of these signs will not become visible until decades after you started smoking, so beauty experts advise kicking the habit as soon as possible.