Regular readers know that I emphasize the “play hard” over the “work hard” part of being healthy. I’ve mentioned D.C. area Parkour gym Urban Evolution before as my favorite playground and daycare for fitness-challenged adults and kids, but took the time this week to chat with friend and owner/developer Salil Maniktahla. 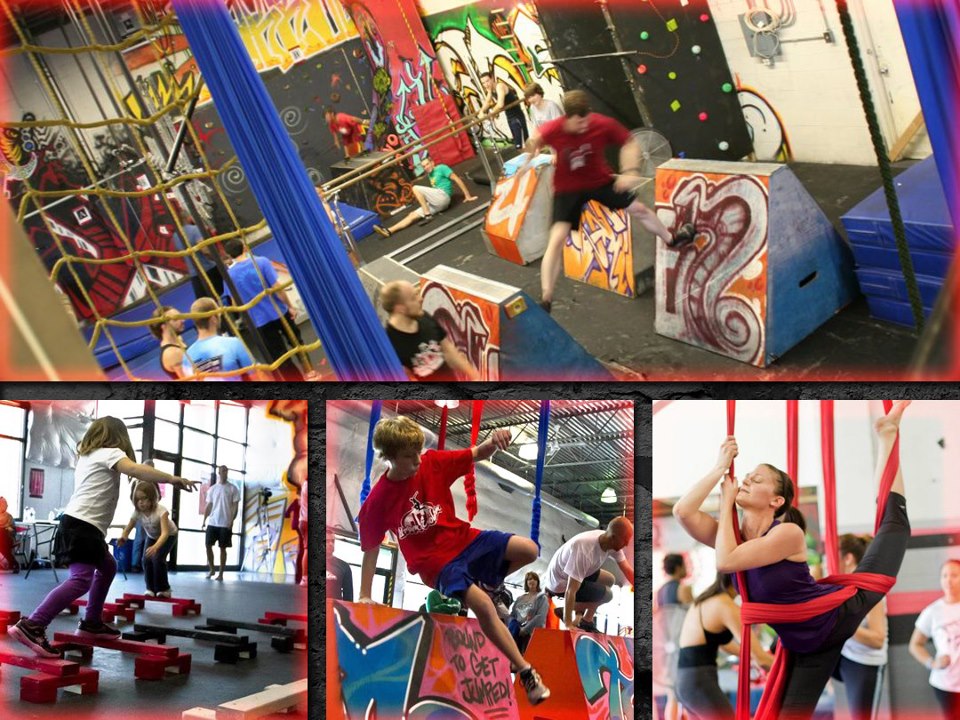 DC on Heels: So where did the idea for Urban Evolution come from?

Salil Maniktahla: I started learning Parkour back in 2007-2008, and shortly after was laid off from my job in information technology. I had a pretty good career (well-paying, anyway), but even though I had another job offer, I just couldn’t bring myself to go back to it. My then-girlfriend (and now wife) Malikah prodded me a bit and convinced me that starting our own gym business would be a good idea. What did she know? 😀 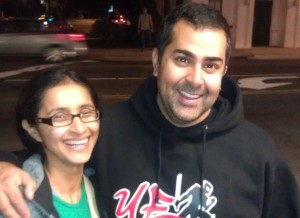 DCOH: Tell me a little bit about your experience with Parkour and fitness?

SM: My experience with fitness has always been … problematic. I was never the “team sports” type. When I was younger I gravitated towards individual challenge stuff instinctively. I really took to martial arts, and then in my later years, to rock-climbing. And then around 2004 or so, I became an IT consultant, and my lifestyle just went to pieces. I’d been active, but suddenly I was eating too much, and I was in my 30s and my metabolism wasn’t cooperating with my previous “eat anything anytime you want” diet.

When I discovered Parkour for myself, it was revolutionary to say the least. It has changed so many aspects of my life that it’s difficult to enumerate them. It’s like my life has a dividing line: Before Parkour and after Parkour.

DCOH: You now have three gyms. The one in Baltimore is the baby of the family. Tell me a little about your recent expansion and plans for future expansion.

SM: Same thing we do every night, Pinky. Try to take over the world!

In all seriousness … okay, in partial seriousness, we are looking to grow, and Baltimore was our first franchised location. That exercise was difficult, but the hard part is out of the way now so we’re cleared (or it’s a lot easier, anyway) to open new gyms in other geographic areas. We think this is something people really want to do (in fact, I hear this every day, so I’m sure about it), and we expect to grow! If anyone’s interested in learning more, check out our franchising page (urbanevo.com/franchising)!

DCOH: What programs do you look to offer in the future? Any current standout programs and instructors?

SM: As we grow, we may or may not add additional programs. It’s really hard to talk about in advance because we hate to build up expectations, and then let people down. But you can expect the same quality of instruction, camaraderie and awesome community of dare-devilry people have come to expect at Urban Evolution gyms! And you’ll always find our core offering Parkour & Freerunning classes for kids and adults, our Aerial Silks classes and our UrbanFit classes!

DCOH: Talk a little about the LevelUp system. Have you guys seen a lot of success with that? Why do you think that is? 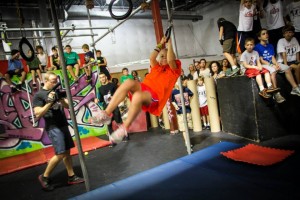 SM: We’ve seen great success with it. Initially, there was some push back because things were very laissez-faire before we implemented it. But we’d hear from clients who’d trained with us for 2-3 months and then left, and when we probed a bit deeper, they’d tell us that they felt “they’d learned everything about Parkour already.” This was kind of shocking to us, since some of us had been training for 2-3 years, and we felt we’d barely scratched the surface.

Since implementing the program, our retention rates have gone up, our injury rates have gone down and the gyms overall are more relaxed and yet controlled environments. It brings some very necessary structure to a fairly embryonic program.

DCOH: Here’s also a good place to talk about any accolades, special recognition or awards Urban Evolution has received!

SM: We won the Noble Peas Prize in 2013! (That’s actually an unlock in Plants vs. Zombies. Someone at the gym has done that, I’m almost positive.) Also, we’ve gotten some amazing press lately.

DCOH: Anything coming up for those of us who want to burn off some post-Thanksgiving pie and potatoes?

SM: Tryptophunk is this Friday after Thanksgiving, and then we’ve got our Winter Kids’ Parkour daycamps running from Dec. 30 to Jan. 1 at all three locations!