Putting down your phone and living for a week with nothing but sunlight and campfires may bring your body clock in sync with nature’s rhythms, a small study suggests. And, researchers found, even avowed night owls turn into early birds after a week of camping in the woods with no sources of artificial light — including smartphones, computers and TVs. 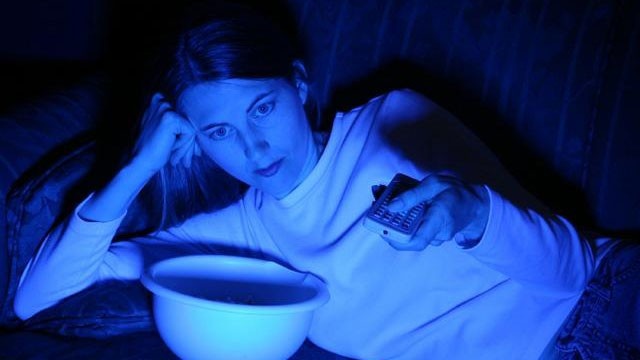 Artificial light and the lack of daylight can disrupt the body’s internal clock. (Photo: iStock)

“We’ve already known that artificial light is keeping us up at night,” said lead researcher Kenneth Wright of the University of Colorado at Boulder. But this study, he said, was an attempt to “quantify” the effect that light exposure, both artificial and natural, may be having on the human body’s internal “clocks.”

“What we found suggests that it’s not just artificial light that’s keeping us awake,” Wright said. “It’s also a lack of daylight.”

For the study, reported in the Aug. 1 online issue of Current Biology, Wright’s team recruited eight healthy adults who stuck with their normal daily routines for one week, and then spent another week camping together. During the trip, the only lights allowed were sunlight and campfire light. At the end of each week, the researchers took saliva samples to measure study participants’ melatonin — a hormone that becomes more active in the evening, to help people fall asleep, then drops off in the early morning so they can wake up bright-eyed.

Typically, Wright’s team found that when people were at home they went to bed after midnight, on average, and rose at around 8 a.m. On the camping trip, however, they turned in earlier and rose earlier. More importantly, the campers’ “biological night” kicked in about two hours earlier, Wright said. That is, their melatonin levels began to rise around sunset, and then drop off around sunrise, almost an hour before they woke up.

“So they became much more in sync with the natural world,” Wright said. 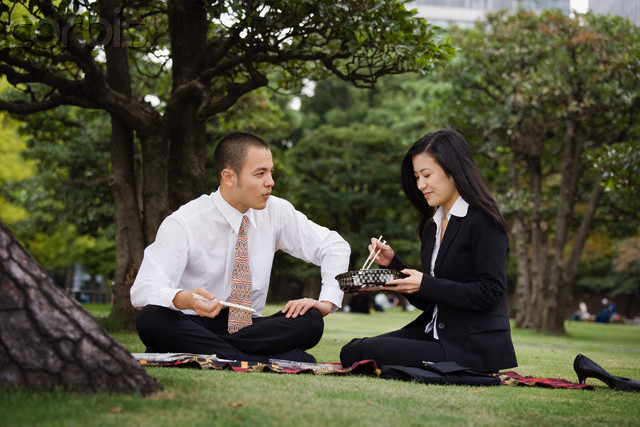 Sleep specialists suggest getting more sunshine by eating outside or taking an afternoon walk. (Sven Hagolani/Corbis)

And what’s the big deal about that? It’s not clear yet, according to Wright. “Does it make a difference in how they feel?” he said. “That’s an important question.” What does seem clear, Wright added, is that “the type of light we’re exposed to really does have a big impact on our biology.”

It’s possible, he noted, that exposure to artificial light at night — and a lack of sun during the day — are contributing to some people’s sleep problems and morning grogginess. Past studies have found that in the typical artificially lit lifestyle, people’s melatonin levels do not drop off until about two hours after they wake up. In essence, Wright said, their biological night is still in effect even though they are awake.

The new findings are “not surprising,” said Dr. Jordan Josephson, an ear, nose and throat, and sleep specialist at Lenox Hill Hospital in New York City. He noted that it’s known, for example, that people who do shift work — and are exposed to artificial light when the outside world is dark — often suffer from fatigue.

Sleep specialists say the findings are not surprising, but that they are potentially important. But there are still plenty of questions and needs to be repeated in larger groups of people and in different settings. For now, doctors suggest that if you’re someone who typically stays up late and regrets it in the morning, it wouldn’t hurt to dim the artificial lights and get more sunshine. Reduce your exposure to light from the TV and computer at night. And during the day, get out more. Eat your breakfast outside, or go for a walk in the afternoon.