The Mendelsohns are taking over more of the 300 block of Pennsylvania Avenue SE as Chef Spike and sister Micheline open their new French restaurant Béarnaise just down the street from their original Good Stuff Eatery and We, the Pizza. 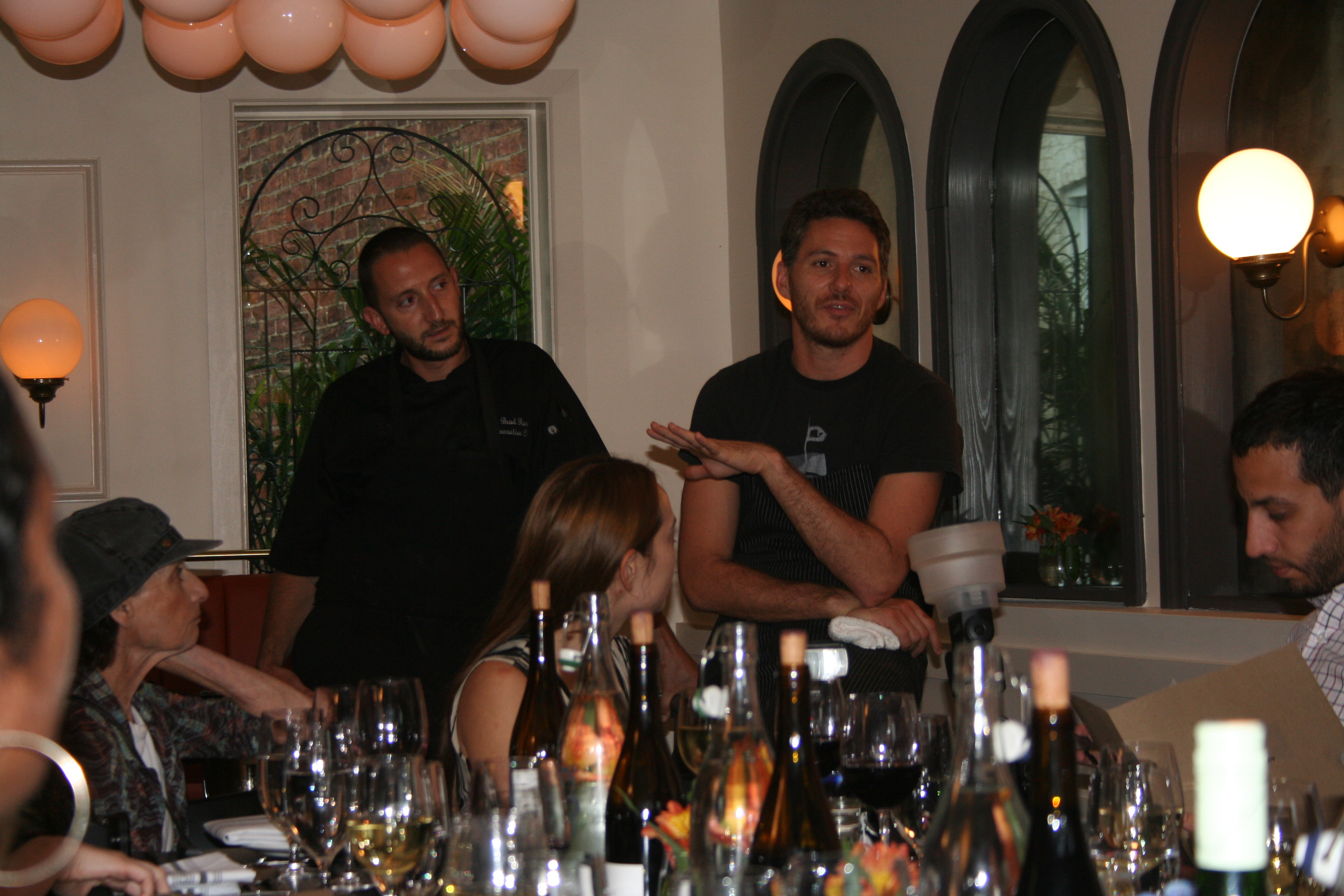 “The food is really going to reflect the flavors of Paris,” said Spike. “We’re adding our twist with some extra dishes to a typical steak frites and with unique artwork we’re hoping to create a humble, but chic atmosphere. The restaurant is also an art gallery with pieces throughout the restaurant picked out by Micheline and their mother on a recent 10-day trip to France.

The siblings grew up in Montreal and spent time exploring and living in Paris. A Top Chef contestant, Spike previously cooked with French cuisine with Chef Gerard Boyer at Les Crayeres, a 3-star Michelin restaurant in Reims, France, and at Bouchone in Napa Valley, Calif., with Thomas Keller. Spike and Brad met while working at Le Cirque.

During a recent preview, Spike said they’ve been working on the restaurant for about a year. “Support from the community and city has been amazing,” he said. “I’m excited to get down to a more fine-dining restaurant.” They had originally considered a bistro or brasserie but settled on a mix of their favorite dishes from both menus. 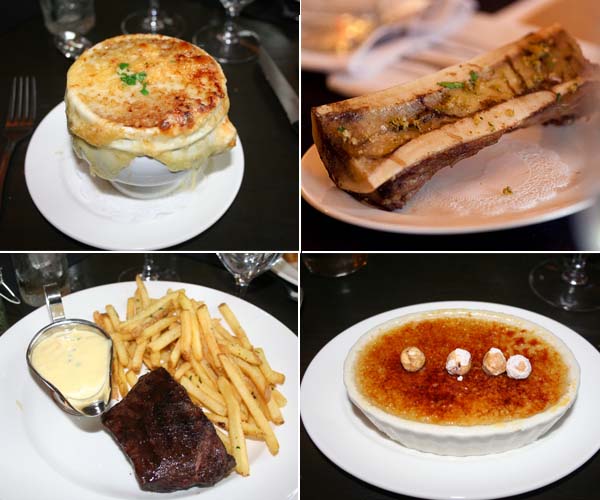 The first course includes a choice of French onion soup, a mixed greens salad or a seasonal soup du jour. For your steak, you can choose an 8 ounce flat iron ($28), a 14 ounce ribeye ($38) or an 8 ounce filet ($42) with béarnaise maison, spicy béarnaise, au poivre, bordelaise or maitre d’ hotel butter and unlimited fries.

Appetizers include old salt, Rappahannock and stingray oysters ($16 a half dozen or $30 a dozen), escargot ($8), maple glazed foie gras ($18), pan-fried frogs legs ($14) and a selection of cheeses served with honeycomb ($12). A selection of four sides cost $8 each and include a tartiflette of potatoes with bacon and Reblochon cheese, Brussels sprouts bacon and béarnaise, roasted bone marrow with sea salt and parsley or roasted portabella mushrooms. The four dessert choices are $12 each and include profiteroles filled with French vanilla ice cream drizzled with warm homemade chocolate sauce, praline crème brulee, a three-layer chocolate mousse made with milk-, white- and dark chocolates or a seasonal tart.

The bistro’s drink program includes 11 wines priced at $10 a glass or 25 wines at $40 a bottle. There is also a reserve list of champagne and white and red wine, cocktails, beer and a house punch made with seasonal fruits and spices.