There are few things better than the first farmers market in early spring. With hints of summer shorts and sandals, we are reminded of our last trip to the farmers market, prepping for Thanksgiving and gathering our squashes, herbs and root vegetables.

But now, now we are wide eyed with new colors and scents, and a variety of spring fruits and vegetables. We are teased with the early comers in the spring: fiddleheads, asparagus, spring garlic, fava beans; and we long for the next few weeks of gnarly tomatoes, fresh herbs and juicy strawberries that aren’t so white in the middle. 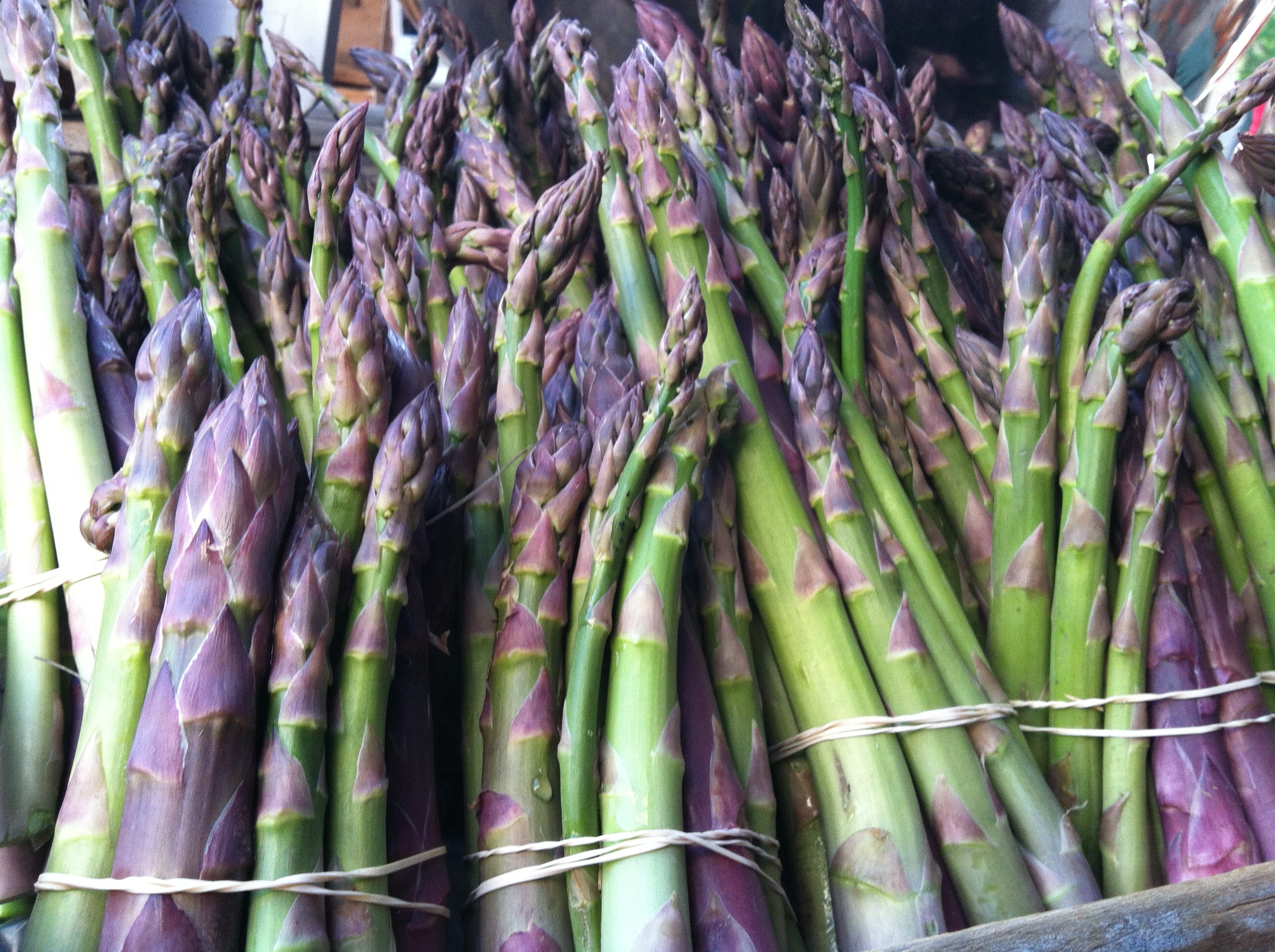 Asparagus, the first sign of spring (Kristy McCarron/DC on Heels)

With farmers markets officially in full swing throughout the District, we are reminded just how lucky we are to live in the D.C., Maryland, Virginia area. Located in the heart of the city, the FRESHFARM Market at Penn Quarter provides the ultimate contrast of government-focused D.C. and its rural surroundings. What could be better than a market that nearly ends at Constitution Avenue and a view of the Smithsonians from the tiny, picturesque street? It is truly bringing the farm in to the city. 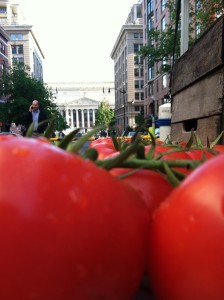 FRESHFARM Markets runs (most of) the D.C. farmers markets, operating 11 markets in total. Their markets are always producer-only farmers, meaning that each farmer must produce the food that she/he is selling (as opposed to being the middle man); in total FRESHFARM Markets works with over 100 different farmers.

The Penn Quarter Market, started in 2003, can be found on Thursdays from 3-7 p.m. on Eighth Street between D and E Streets NW. Or, right next to the Spy Museum and across from the National Portrait Gallery in Chinatown.

The Penn Quarter market boasts a total of 17 stands, with a great variety of vendors and products. Among the 17, there is the Mushroom Stand, or The Mushroom Lady, as I think most people call her, who came with an overflowing array of mushrooms, including giant, plump portabellas next to pints of fuzzy Pom Pom mushrooms. 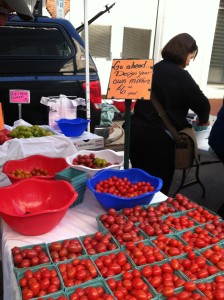 Across the aisle is Mock’s Hydroponic Farm, which is worth mentioning because of their abundance of tomatoes; the glory of doing hydroponics to provide tomatoes so early in the season! Mock’s even had a “Design your own Pint” option to fill up with a choosing of your favorite heirloom baby tomatoes.

Toigo Orchards, a reoccurring vendor at most D.C. markets, was present with (potentially the best) Pennsylvania apples and of course there are the delicious breads from the Bread Ovens at Quail Creek, with flaky chewy brioche served by the baker himself. At the very end of the aisle, is the Red Zebra, a wood fired Pizza Oven, which local and organic products to create delicious pizza concoctions.

Thursday markets allow for a quick weekend stockup and a nice break between the office and the metro. Penn Quarter is surely a market not to be missed.

Food blogger Kristy has been in love with food ever since she was building restaurants out of her plastic kitchen set at age 5. Now, she spends most of her free time exploring new markets, visiting local farms and perfecting the art of bread baking. Originally from Philly, she dreams of living in the mountains of New England or the Pacific Northwest someday.
One Comment