What happened to that baby-faced boy who sang “Baby, baby, baby, oh?”

Just a few years ago, Justin Bieber was fresh and innocent. Now, he going through puberty, he tatted up and his hormones are raging. First he threatens the paparazzi, then he party’s all night with beauties in London, he pulled a Michael Jackson by traveling with a monkey and now his tour bus gets raided by Swedish police on Wednesday who found marijuana on board.

Is he in there toking it up with his Beliebers? 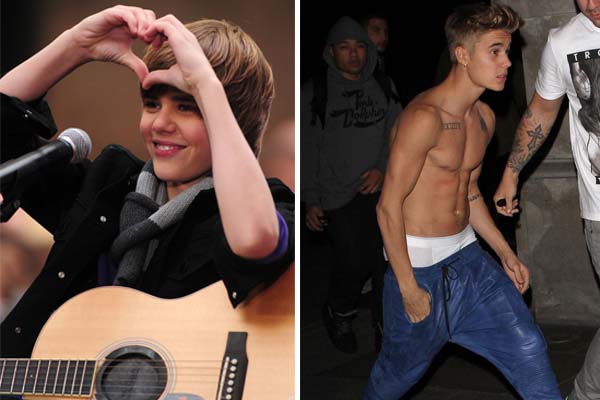 Bieber back when he was innocent and newly discovered, and Bieber today with his tats, dropping trou in London on the way to celebrate his 19th birthday.

Police boarded the bus at 7:10 p.m. in Stockholm as the bus pulled up at the arena where Bieber was performing and found a “small amount” of what appeared to be pot.

Reek of pot tipped police off

A police spokesman told a local Swedish paper Aftonbladet that a policeman first detected a “strong smell” of marijuana coming from the bus as they were controlling the huge crowd that had gathered outside the Grand Hotel where Bieber was staying. The Swedish report says police found a small amount of narcotics on the floor of the bus and a taser, which requires a permit.

Cops say when the bus left the hotel and headed toward the Globe Arena, the officer contacted a special narcotics unit, which issued a warrant to search Bieber’s bus. Officers searched the bus in the parking garage of the Globe Arena. 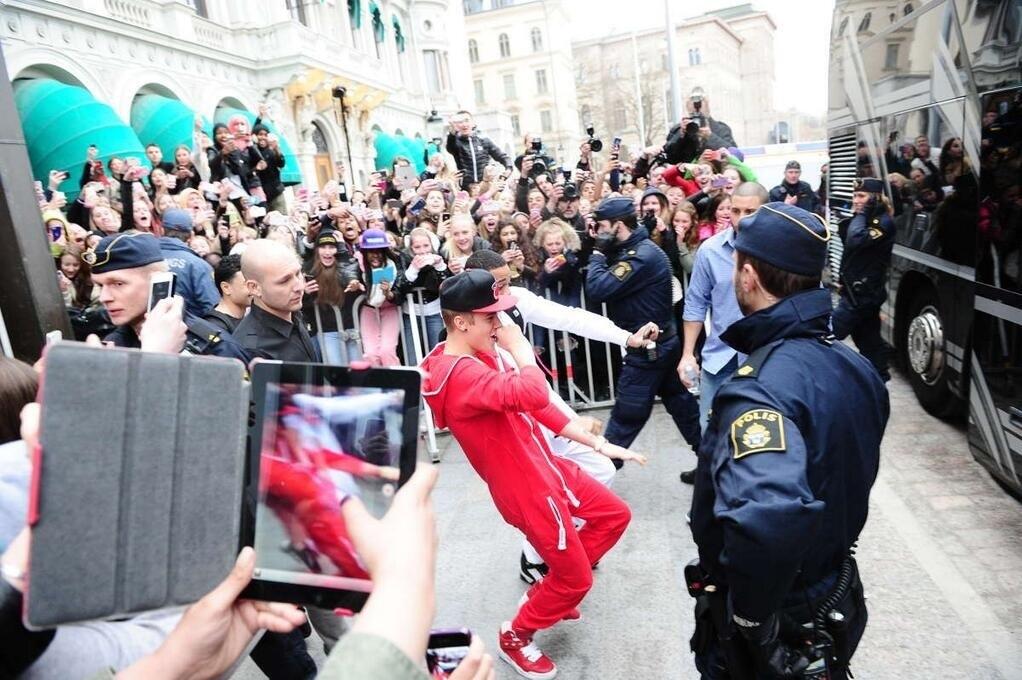 Bieber had been seen with his pal Lil Za, his “bad influence” friend, in the hours before the incident. Za is the guy who the Biebs was seen smoking weed with at an L.A. home back in February.

No arrests were made. Although several people were on the bus, police reportedly could not identify a suspect. The pop star, 19, had entered the arena about a half-hour before the raid, according to reports. The bus was not impounded.

Bieber, who has had several problems on his current tour, arrived in Finland on Thursday. After landing, he tweeted “some of the rumors about me….where do people even get this stuff. whatever…back to the music”