But it appears the new sweet treat fad is doughnuts. And not just your plain Jane glazed doughnut from Dunkin, Krispy Kreme or Shoppers Food, but gourmet doughnuts like those from chef Jason Gehring at Astro Doughnuts. 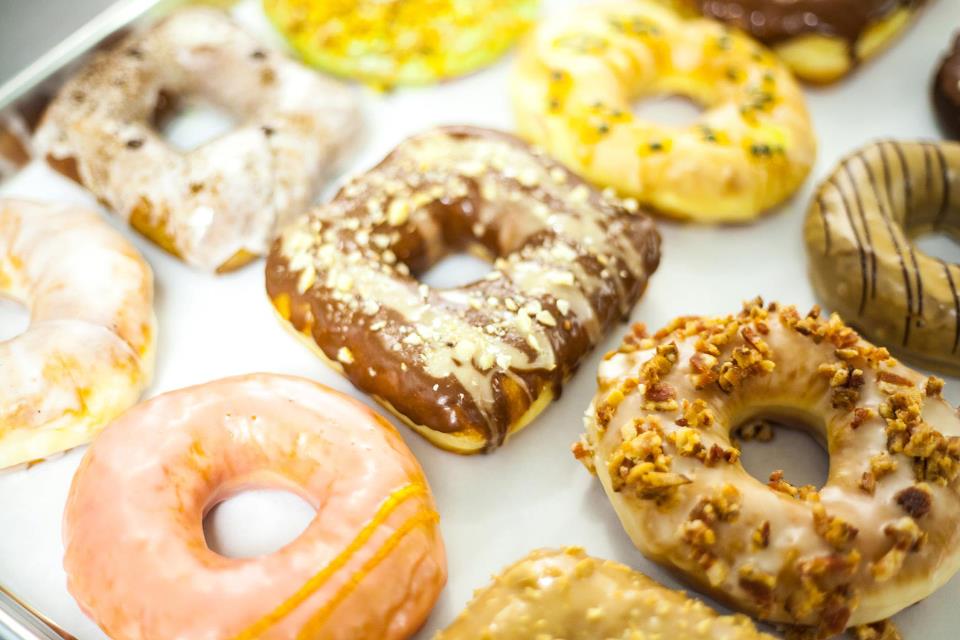 Sold out after 90 minutes

Astro Doughnuts & Fried Chicken opened at 8 a.m. today at 1308 G St. NW near Metro Center. The first 200 in line got free doughnuts, but they were gone after 90 minutes. They were scheduled to reopen at noon for lunch with buttermilk fried chicken, sides and a limited assortment of doughnuts.

The fried chicken comes in traditional buttermilk or double-fried Korean style with a spicy garlic or Sriracha glaze. Prices are two pieces for $5.25; four pieces for $10; eight pieces for $18.50; or three chicken tenders for $5. They also serve a chicken BLT for $7 and potato salad and Asian slaw for sides. 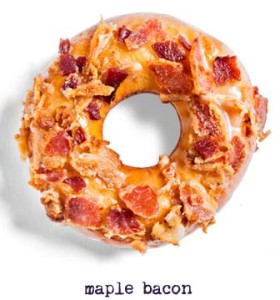 The doughnut selection is much larger and range from $2.25-$2.85 each. The menu includes daily staples with others that rotate depending on the day of the week. The daily doughnuts include vanilla glazed; the Brooklyn blackout with devil’s food cake, chocolate cake and cookie crumbs; maple bacon; peanut butter & jelly with strawberry jelly and a peanut butter glaze; crème brulee; and twink-nut, a golden vanilla cake with buttercream filling and a vanilla glaze. Also, through next Sunday, they are selling a special cherry blossom doughnut filled with cherry compote and an Earl Grey tea glaze. 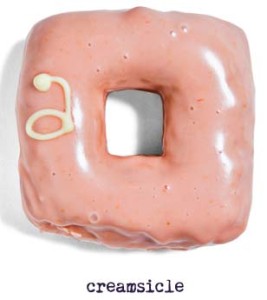 Among the daily specials are lemon blueberry, a blueberry cake with lemon glaze and streusel or salted caramel with caramel glaze, almonds and fleur de sel on Mondays; Saigon cinnamon, a cinnamon dough with cinnamon glaze, or creamsicle with orange curd and blood orange glaze on Tuesdays; piña colada with pineapple compote and coconut glaze and triple chocolate with chocolate dough, chocolate custard and chocolate glaze on Wednesdays; banana nut with banana cake, mascarpone glaze and pecans or grapefruit with a pink grapefruit glaze on Thursdays; and pecan with a butterscotch glaze and pecans or s’mores with chocolate cake doughnut, dark chocolate glaze, graham cracker crumbs and meringue on Fridays. For the complete menu and schedule, visit their website at www.astrodoughnuts.com.

This week, they will be open from 8 a.m. until the doughnuts and chicken are sold out. After its first week, the eatery will open from 7:30 a.m. to 6 p.m.