April is National Empanada Month and Cuba Libre restaurant is celebrating with three new selections of the stuffed pastry along with the five traditional varieties on its menu.

Empanadas trace their origins to Galicia and Portugal during the time of the Moorish invasions. The first empanada recipe was appeared in a cookbook published in 1520. Cuban empanadas are typically filled with seasoned meats (usually ground beef or chicken), folded into dough and deep-fried. They can also be made with cheese or fruit, such as guava, apple, pears, pumpkins and pineapples. 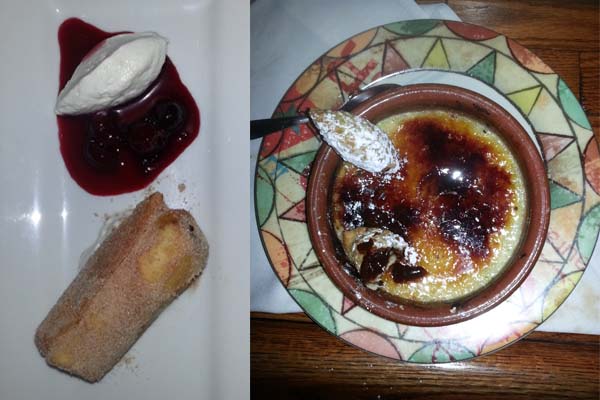 Guests can enjoy the expanded empanada menu all month, during both lunch and dinner service. On National Empanada Day (Monday, April 8), Cuba Libre will offer seven specialty and signature empanadas for just $1 each from 4:30 to 6:30 p.m.

At the beginning of March, fans of the restaurant (along with those in Philadelphia, Orlando and Atlantic City) nominated their favorite empanada recipes. Two-time James Beard Award-winning Chef-Partner Guillermo Pernot then selected his top four recipes – Cuban curry; artichoke, spinach, onion and cheese; guava; and banh mi from the 32 submissions.

“There were a lot of weird combinations,” Pernot said. Some of the nominations included manchega and pineapple, spicy roasted pork and piquant green olives, shrimp with mango and avocado, and chocolate and caramel.

The winning recipe was the Cuban curry, which will join the menu just for this month. (The artichoke empanada was the favorite among D.C. voters.) Other new versions available for empanada month include slow braised pulled turkey with sweet peppers, onions and balsamic reduction as well as two dessert varieties including arroz con leche brulee, a coconut rice pudding with a brown sugar brulee and rum-raisin chocolate ganache empanaditas, and a cherry with goat cheese empanada coated in surgar and cinnamon and topped with whipped cream. 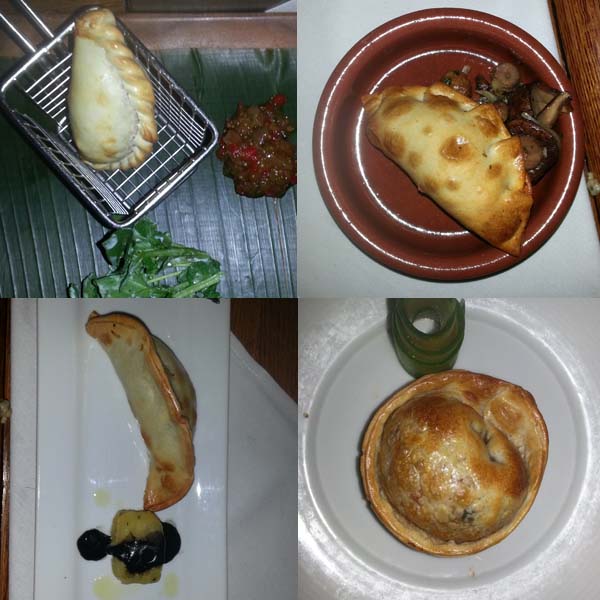 In addition, Mama Amelia’s Empanada sampler is on the regular menu. This popular selection includes picadilla made with ground beef, olives and raisins; a hand-chopped chicken with sweet corn, sweet peppers and jack cheese; vegetarian chorizo made with soy chorizo, black beans and ripened plantains; and the pulled pork with roasted poblano pepper and charred tomatoes. During lunch, diners can choose two empanadas for $13 or three for $17. The empanadas are served with a baby spinach salad, goat cheese-ranch dressing and a yummy tomatillo relish. During dinner, guests can select one empanada as a small plate for $5.50 each.

Cuba Libre opened in Philadelphia in 2000, Atlantic City in 2004, Orlando in 2009 and Washington DC in 2010. The restaurant’s name, which translates to “a free Cuba,” signifies a hope for the future of the treasured island nation.

The empanadas were delicious, especially the special cherry and goat cheese empanada. The restaurant is decorated like a street in Havana with street lights, street signs, store fronts and hanging plants. You almost expect to see Ernest Hemingway sitting at one of the tables with his favorite cocktail.