It can be little lies at first…and, then they get more serious. At the beginning, men might tell you that a dress fits well even if it is too tight.  Well, don’t take that too seriously, maybe he just likes to see you in a tighter dress or he doesn’t want to hurt your feelings. BUT, if he lies about more important things like having a degree, a job or about a former relationship, that is where you have to be really careful.  Especially if he tells you that he did something, but then it turns out that he did not actually do it.  You are not a babysitter.  You want someone you can rely on. 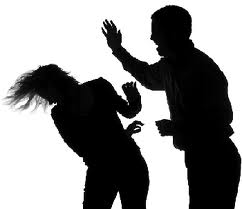 A man who pushes you, yells at you or even hits you is not someone who deserves you.  No one should be yelled at, especially as an adult.  This behavior shows that he does not know how to control himself and that he does not respect you.  Little signs include:  grabbing your arm abruptly; interrupting; talking down to you; overreacting and cursing.   It is especially alarming if he says something like, “You know how I am when I get mad.”  When you see that red flag, run away–no one has the right to abuse or harm you! 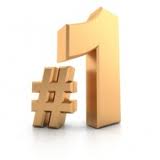 Do you always come second, third or even fourth place?  Does he not pay attention to your concerns or stick with his promises?  Have there been times where you are all dressed up and excited to see him, but then he cancels your date? Or, maybe he doesn’t take the time to call you as often?  If you are the girl he really, truly wants to start a serious relationship with, he will put you in first place.  And, you deserve nothing less, girl!

We have all seen it:  He is constantly leaving the room to take calls with two phones.  It doesn’t look like a big deal, but he immediately freaks out if you touch the phones.  Red flag!  Keep an eye out for him!  The one thing that humans are blessed with is instinct. And, your instinct is normally correct. Follow your instincts, be mindful and make sure he behaves in a way you are comfortable with–two secret phones is not it.

Sabina is a flirty, 26-year-old woman from a small town in Germany. She loves kids, meeting new people, art, photography, modeling and, of course…M-E-N ! Sabina loves traveling and has discovered the cutest guys can be found in Cincinatti. Her mission is to find out what is up with these 21st Century guys.

Sabina is a flirty, 26-year-old woman from a small town in Germany. She loves kids, meeting new people, art, photography, modeling and, of course…M-E-N ! Sabina loves traveling and has discovered the cutest guys can be found in Cincinatti. Her mission is to find out what is up with these 21st Century guys.
More posts by the Author »