Note:  Gerard Butler takes his shirt off…frequently.  I thought I would include that in case you wanted to stop reading and buy your ticket.  Much like ‘The Bradley Cooper Effect’, I would watch anything that included a shirtless Gerard Butler.  But, I digress… 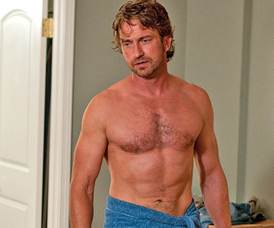 Overall, this was a charming romantic comedy with a sports spin.  A smoldering Gerard Butler plays fallen soccer star George Dwyer.  Formerly at the top of his game, Dwyer is now dodging credit card collectors instead of soccer opponents.  He now lives in Virginia to be near his son, Lewis, played by adorable newcomer Noah Lomax.  His ex-wife, Stacie, is played by Jessica Biel (a.k.a. the new Mrs. Timberlake).  Set in suburban Virginia, the picturesque setting is unlike any Northern Virginia city I’ve ever come across.  Imagine a gated community and Central Park-like areas within driving distance to a DC United game—Ashburn, perhaps? 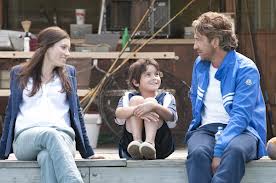 Dwyer is looking to reclaim his former glory (and manage his finances) by pursuing a job as a sportscaster.  But, he also wants to be a better father to his son, so he begins coaching Lewis’ soccer team.  As a hottie with a Scottish accent, Butler is pursued by soccer moms left and right—married or otherwise.  Directed by Gabriele Muccino (Seven Pounds, The Pursuit of Happyness), this film features an all-star cast: Judy Greer (13 Going on 30) , Uma Thurman (Kill Bill), Dennis Quaid (What to Expect When You’re Expecting) and Catherine Zeta-Jones (The Legend of Zorro).

Grab some friends and check out this film on Friday, December 7. 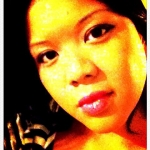