The Happiest Hour… in Columbia Heights

Columbia Heights is one of the fastest growing neighborhoods in the city. The revitalization of the area rapidly came about in 2008 with the opening of the $150 million DC USA shopping complex on 14th and Irving Streets Northwest that houses a Target and Best Buy. Since its debut, DC USA has attracted boutique retailers and luxury housing all along its periphery.

But one of the true signs that this historic DC neighborhood has truly transformed (I remember back in 2005 when nearly everything near the Columbia Heights Metro was boarded up) is the area’s new Happy Hour selection. And a new restaurant that is promising to bring the budding bar scene in Columbia Heights into the forefront is ACRE 121. 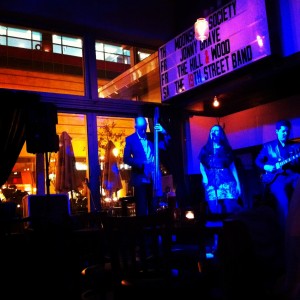 The restaurant features a southern BBQ menu influenced by the Low-Country coastal cuisine of the Carolinas. The indulgent menu items include a pulled pork sandwich topped with coleslaw and bleu cheese, fried green tomatoes, backyard beans, shrimp and grits and more. The food is complimented with live music from area artists performing a mix of traditional bluegrass and folk rock, among other genres.

Their Happy Hour menu includes half priced beer and rail drinks from 5-7pm Monday through Friday. A Wednesday only special includes half price bottles of wine with the purchase of an entree or cheese platter throughout the evening.

They  named it “Columbia Heights.”

Up until the 1840s, the area surrounding the current Columbia Heights Metro station at 14th and Irving Streets NW was a mile long, circular horse race track. When the track closed, the area became a crossroads for nearby farms, with a daily stagecoach line to the city of Washington. Prior to that, it was home to the renowned Columbia College, which relocated and became George Washington University. In the horse and buggy days, Columbia Heights was considered a peaceful getaway from the hustle and bustle of  downtown Washington.

The Columbia Heights subdivision thrived throughout the roaring twenties. The iconic Tivioli Theatre was completed in 1924 and neighborhood earned the reputation as an important retail and entertainment destination outside of downtown.

Acre 121 pays homage to Columbia Heights’ rich history while also providing a lively escape for the neighborhood’s young professional crowd in need of an after work respite. 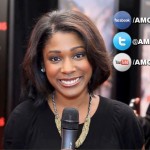