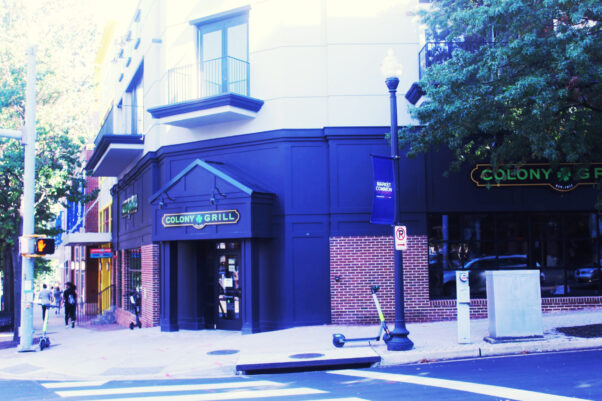 The Clarendon restaurant is the company’s sixth location and first outside its Connecticut-Northern New York home base. The first Colony Grill restaurant open in 1935 in an Irish neighborhood in Stamford, Conn.

The 5,100-square-foot local restaurant seats 100-120 diners under Virginia’s current COVID-19 restrictions but will seat about 170 at full capacity. The interior features real brick walls; a light wood floor; dark wood bar, banquettes, tables and chairs; and a black exposed ceiling. It features neighborhood décor, including local antiques from flea markets and tag sales, along with photos of local celebrities and historical events. 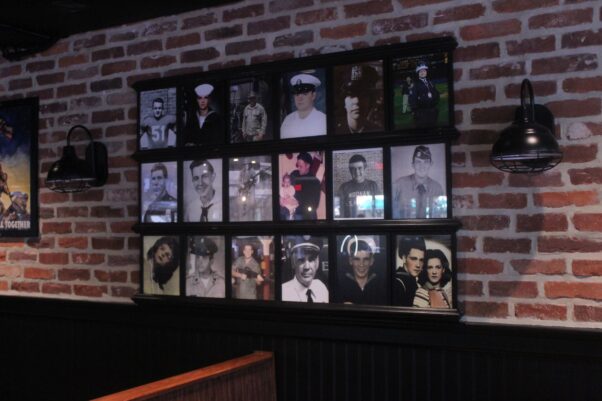 The restaurant features a wall of heros with local veterans and first responders. (Photo: Mark Heckathorn/DC on Heels)

It, and all Colony Grills, also features a wall of heroes with portraits of local veterans and first responders. Diners may submit 8×10-inch photos of friends, family members or themselves, in their military uniforms dating back to World War II or first responder uniform to be added to the collection. There is also a second-floor mezzanine that can be used for parties, once the coronavirus pandemic is over.

COO Ken Martin described Colony Grill as “meeting places for people. It is simple and straight-forward. You can stop by after work to watch the game on TV.” 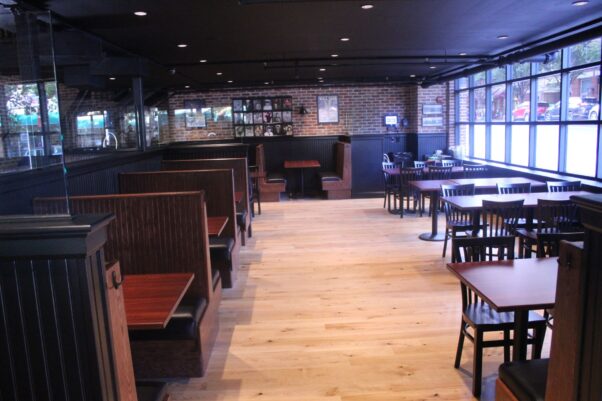 Martin and his other co-owners, Paul Coniglio, Chris Drury and Cody Lee, had been looking to expand for about three years. The childhood friends looked at Boston, New York, New Jersey and Philadelphia, but fell in love with the DMV, he said.

“Arlington has many similarities to Fairfield County,” Martin said, noting that it has the same energy, culture and families from all walks of life. If the Clarendon location does well, more DMV locations may follow. “We’ll see how it goes, but once there service here is buttoned up, we hope to open one or two more” locations in the DMV, Martin said. They have already been scouting, including Bethesda and Cabin John.

The original owners were Irish American who employed Irish and Eastern European chef during the Great Depression. Despite its name, there are no grills at the restaurant. There haven’t been since the early years, when the rising popularity of its pizzas saw other menu items fade away. 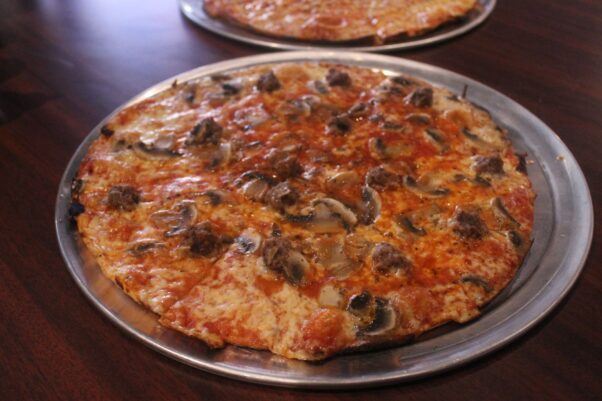 The bar-style pizza features a cardboard-thin, crispy crust. This one includes meatballs and mushrooms.
(Photo: Mark Heckathorn/DC on Heels)

Bar-style pizzas are individual, 12-inch pies that feature a cardboard-thin, crispy crust with a thin layer of cheese and sauce. “They easily fit on a bar top,” Martin told DC on Heels. “You can eat it with one hand while holding your drink in the other. They have a crispy crust that is almost brittle, but it stays sort of moist, not dry.”

Pizzas are $9.95 with toppings priced at $1.75 each. Toppings, in addition to “hot oil,” include stingers (serrano peppers), sausage, pepperoni, bacon, meatballs, mushrooms, onions, cherry peppers, peppers, black olives and anchovies. The hot oil adds a nice zip to the pizza, but isn’t over-powering or burn-your-mouth spicy. There is also a salad pizza that is akin to salad and breadsticks with mixed greens, cherry tomatoes, cucumbers and carrots tossed with balsamic vinaigrette, and a breakfast pizza with bacon or sausage, egg and cheese available from 11:30 a.m.-3:30 p.m. Saturday and Sunday. Both are $12.95. Gluten-free crust is available for an extra $4.50. 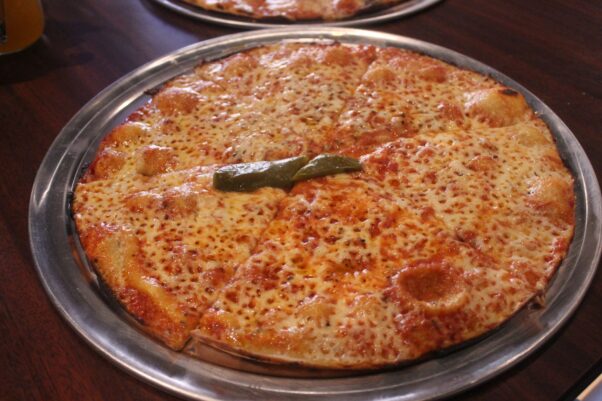 While most adults can finish a pizza on their own since you don’t fill up on crust, if you do have leftovers, you should reheat is on the stovetop in a pan to keep the crust crispy.

To complement the pizzas, there are 12 beer selections on draft, with an emphasis on local breweries. Prices will range from $3-$8 for beers on draft or by the bottle. Wine is available by the glass, priced from $6-$10 and by the bottle from $20-$45. There is also a full bar for cocktails.

Colony Grill is open from 11:30 a.m. until at least 10 p.m. seven days a week for dine-in or take-out. Delivery is available for large orders.