A masterstroke for British CBD vape pens company Totally Wicked has effectively given vaping free promotion on one of the UK’s most popular reality TV shows Love Island. 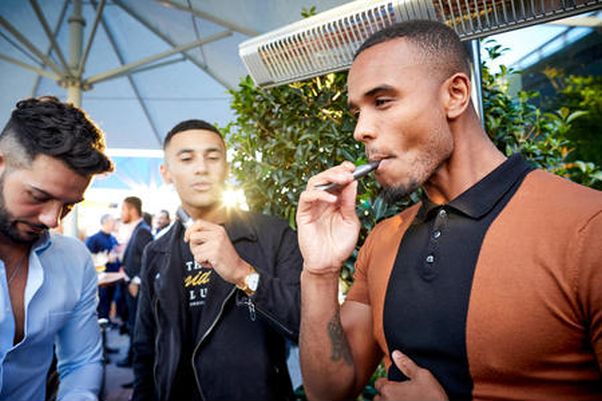 After the show drew many complaints for the amount of smoking that was taking place and being broadcast on the show, Totally Wicked spotted a chance to keep both the smokers and the show’s bosses happy.

Alongside the British Lung Foundation, Totally Wicked appealed to ITV, which broadcasts Love Island, to give the contestants vaporizers as a substitute to combustible cigarettes. Not only would this give the smokers their nicotine fix, but it would promote vaping as a low-risk alternative to smoking to millions of people. With Love Island having a huge following particularly among young adults, this was a prime chance to provide some soft education to viewers.

Fraser Copper, who runs Totally Wicked, wrote in his ITV letter about how the program could switch around the negative headlines on smoking with a positive message that would also help to improve the health of Love Island participants. With the backing of the British Lung Foundation, Cropper could style this as more than a simple money-making opportunity for the CBD pens.

And while there has been no official word on a joining of forces, since the smoking hullabaloo, e-cigarettes have slowly been popping up on the show.

Love Island is the latest in a long line of reality TV shows coming out of the United Kingdom. The show pits a group of cast members on the Balearic island of Mallorca with the intention of them hooking up throughout the show. There is little in the way of authentic storyline, and it does at times feel a little fake, but it is ultimately very popular and easy-watching TV, and for vaping to have some kind of presence in it is a pretty big deal.

Totally Wicked have form for a few outlandish tactics when it comes to promoting their own company and vaping in general. They memorably trolled Mark Drakeford, a Welsh Labor Assembly member who has long been anti-vaping. Totally Wicked Stadium was another Cropper brainchild – he bought the naming rights of a sports venue and permitted the crowd to vape inside!

Furthermore, anyone who knows British vaping will be aware of the restrictive Tobacco Products Directive – Totally Wicked had the guts to contest the TPD in the European Court of Justice. Pretty cool.