With Sonic the Hedgehog and The Call of the Wild beginning to wind down domestically, the first weekend of March was ripe for the release of another family-oriented title, and audiences got one with Walt Disney Studios/Pixar’s Onward, which debuted with $39.12 million – the bottom end of expectations. 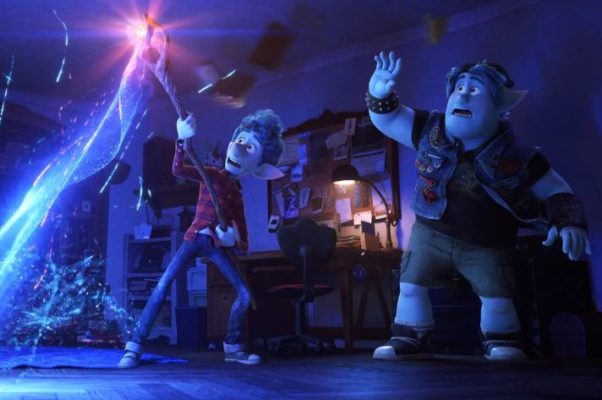 Overall box office receipts were significantly down last weekend (Mar. 6-8), but experts don’t believe the fear of coronavirus was to blame. “I think there was zero impact,” said Paul Dergarabedian, a senior media analyst with Comscore. “With $40M for Onward, a small drop off for The Invisible Man and The Way Back getting solid scores from audiences, it looks like people are in the habit of going to the movies.”

The coronavirus has forced the release of the next James Bond film to be postponed, with Hollywood waiting to see what impact the outbreak will have on ticket sales for other films.

Entering the box office on a wave of mostly positive reviews, Onward finished more or less in line with expectations heading into the weekend, benefitting from the rock-solid Pixar brand name and popular voice talent including Tom Holland and Chris Pratt. This is actually the first original title from the sequel-happy animation studio since Coco, which opened to $50.800 million in November 2017, although the release pattern for Onward is more similar to that of the non-Pixar Disney animated hit Zootopia, which also debuted in theaters in early March four years ago to a far more impressive $75.06 million.

While Sonic the Hedgehog and The Call of the Wild are less potent than they were earlier in their runs, their continued popularity likely cut into Onward’s earnings somewhat. It is worth noting that Onward’s opening came in on the lower end for a Pixar title, falling between 2015’s The Good Dinosaur with $39.15 million and 2007’s Ratatouille with $47.02 million. The majority of Pixar’s releases have debuted during the more lucrative summer and holiday seasons, making direct comparisons difficult. If all goes well, positive word-of-mouth for Onward will keep it alive in the coming weeks — and that kind of buzz is certainly a possibility judging from the film’s excellent audience scores. Opening audiences were 52% female, 52% under the age of 25 and children and parents made up 58% of the opening weekend crowd.

Holding rather well in second place was last weekend’s top finisher, Universal Pictures/Blumhouse’s The Invisible Man, which fell 46.4% to $15.13 million in its second weekend. That brings the domestic total for the acclaimed genre reboot to $52.68 million after 10 days, lifting it above the rest of this year’s horror releases. 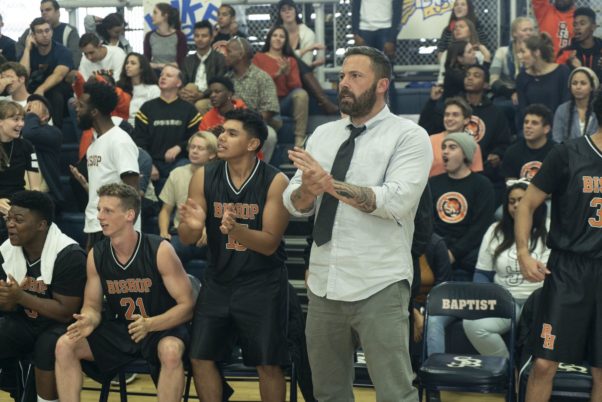 The Way Back opened in third place with $8.17 million. (Photo: Warner Bros. Pictures)

The weekend’s other wide release, Warner Bros. Pictuers’ The Way Back opened in third place with $8.17 million, a somewhat disappointing result for the Ben Affleck movie, which is about an alcoholic construction worker who reluctantly accepts a job as a high school basketball coach. The feel-good drama garnered mostly positive reviews, while moviegoers seemed to enjoy it too, with good opening day audience scores. Opening weekend crowds were 53% female and 87% of the audiences as aged 25 or older. If word of mouth continues strong, the film has a reasonable chance of holding well in the coming weeks.

Paramount Pictures’ Sonic the Hedgehog fell 52.6% to $7.70 million in fourth place, bringing its domestic total to $140.52 million through the end of its fourth weekend. The family hit will soon surpass Pokémon Detective Pikachu with $144.11 million to become the highest-grossing video game adaptation of all time.

Finishing in fifth place was 20th Century Studios’ The Call of the Wild with $6.76 million, a drop of 49.4% in its third weekend. Its North American gross now stands at $57.25 million.

Focus Features expanded Emma into wide release last weekend and took in $4.81 million, an increase of 314.7%, bringing the total for the Jane Austen adaptation to $6.70 million after three weekends.

Sony Pictures’ Bad Boys for Life came in seventh place with $3.02 million in its eighth weekend, a slide of 30.6%, bringing the blockbuster’s domestic total to $202.00 million. That makes the Will Smith-Martin Lawrence threequel the first film to top $200 million this year.

Rounding out the Top 10, Warner Bros.’ Harley Quinn: Birds of Prey took in $2.14 million in eighth place, a drop of 47.8%, for a North American total of $82.54 million after five weeks; truTV’s Impractical Jokers: The Movie earned $1.85 million in ninth place, a 47.9% fall, for a $9.70 million domestic gross after three weekends; and Funimation’s My Hero Academia: Heroes Rising plummeted 70.7% to $1.70 million in 10th place, bringing the total for the Japanese anime to $12.90 million through two weekends.

This coming weekend sees the debut of a trio of new releases including Lionsgate Films’ I Still Believe from Andrew and Jon Erwin whose I Can Only Imagine was a breakout success in 2018, bringing in more than $83 million domestically. Also, Universal will finally release The Hunt after shelving the movie last year over some controversy and Sony will release Vin Diesel’s Bloodshot.