The calendar has been littered with low-budget horror releases the first two months of 2020, with none enjoying particularly strong showings at the box office. But that changed last weekend (Feb.28-Mar. 1) with Universal Pictures/Blumhouse’s The Invisible Man, which rode a wave of strong buzz and critical reviews to a solid $28.21 million opening. 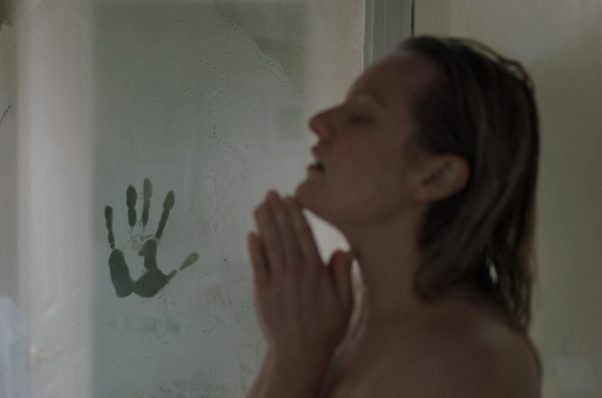 The Invisible Man finished in first place over the weekend with $28.21 million. (Photo: Universal PIctures)

As the only wide opener over the weekend, the reboot benefitted from a strong marketing push that made it feel like the first event-sized horror film to debut this year. Importantly, critics gave the film high marks, while the PG-13 rating opened it up to a younger demographic and star Elisabeth Moss – best known for her roles in acclaimed TV series such as The Handmaid’s Tale and Mad Men – gave the film an air of respectability for more discerning viewers. Opening day audiences also gave it a good score.

Fellow Blumhouse releases with similar debuts include Happy Death Day, Insidious: The Last Key and The Purge: Anarchy, and they finished with domestic grosses from $55-$71 million, suggesting great things for this $7 million production.

Last weekend’s debut was similar to that of 2000’s Hollow Man, a modernized adaptation of the classic H.G. Wells novel and reboot of the famed Universal horror/sci-fi series, although that film, which debuted with $26.41 million, was far less acclaimed and much more expensive, with a reported budget of $95 million.

Finishing in second place was Paramount Pictures’ Sonic the Hedgehog, which slipped 37.9% to $16.26 million in its third weekend. With a domestic total of $128.56 million, it is now the third highest-grossing video game adaptation to date not adjusting for inflation after 2001’s Lara Croft: Tomb Raider, which finished its run with $131.16 million in North America.

Coming in third was Walt Disney Studios/20th Century Studios’ The Call of the Wild with $13.36 million in its second weekend, a drop of 46.1% from its better-than-expected $24.79 million debut the previous weekend. The family adventure has $46.02 million to date, although it has lots of ground to make up given its reported $100 million-plus budget. 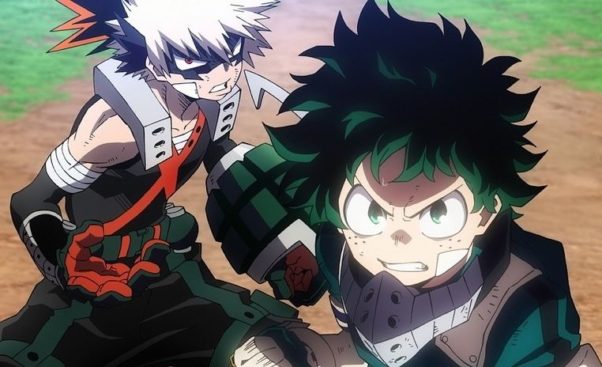 My Hero Academia: Heroes Rising, a superhero anime based on the popular manga series, debuted in fourth place with $5.80 million. (Photo: FUNimation Entertainment)

Making a surprise showing in fourth place was FUNimation Entertainment’s My Hero Academia: Heroes Rising, a superhero anime based on the popular manga series. It took in $5.80 million in its North American debut. Heroes Rising, which previously grossed $15.10 million in Japan, is the second film adaptation of the Japanese comic after My Hero Academia: Two Heroes, which grossed a total of $5.75 million domestically in 2018.

Finishing in fifth place was Sony Picture’s Bad Boys for Life with $4.35 million, a slip of 25.5% in its seventh weekend. It now has $197.42 million in North America and will soon cross the $200 million mark.

Placing in sixth was Warner Bros. Pictures’ Harley Quinn: Birds of Prey, which fell 39.7% to $4.10 million in its fourth weekend for a domestic total of $78.79 million to date.

After a healthy $2.61 million opening the previous weekend, truTV/WarnerMedia’s Impractical Jokers: The Movie saw a wide expansion in its second weekend and took in $3.55 million in seventh place. That was a 36.0% jump. The comedy has $6.62 million to date in North America.

Universal’s 1917 finished in eighth with $2.71 million, a 35.8% drop, bringing the domestic total for the WWI drama to $155.91 million through the end 10 weekend. Closely behind in ninth and 10th were horror holdovers STX Entertainment’s Brahms: The Boy II Sony/Blumhouse’s Fantasy Island, which took in $2.62 million and $2.33 million in their second and third weekends, respectively. The Boy II dropped 55.0%, while Fantasy Island fell 45.4%. The domestic total for the STX sequel stands at a disappointing $9.77 million, while the Sony adaptation has earned $24.06 million in North America.

This coming weekend sees the debut of Disney/Pixar’s Onward and Warner Bros.’ The Way Back starring Ben Affleck.