Sonic the Hedgehog Hangs on to First Place

Paramount Pictures’ Sonic the Hedgehog just barely won the weekend box office (Feb. 21-23), thanks to a better-than-anticipated performance from Walt Disney Studios/20th Century Studios’ The Call of the Wild, which blasted past expectations in its debut. 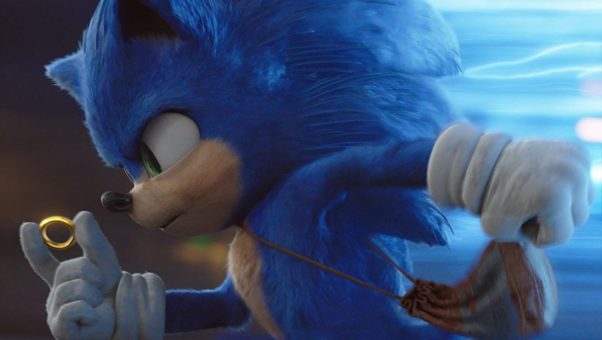 Narrowly hanging on to first place, Sonic fell 54.8% from its $58.02 million three-day debut to $26.19 million in its second weekend, bringing the domestic total for the family adventure to $106.49 million. After 10 days of release, it is already the fourth highest-grossing video game adaptation of all time and will soon become the third, with just over $1 million to go to surpass 2016’s The Angry Birds Movie with $107.51 million. By the end of its run, Sonic should easily top last year’s Pokemon Detective Pikachu with $144.11 million to rise to the top of that list.

Nipping hot on Sonic’s heels was Call of the Wild, a big-budget adaptation of the classic Jack London novel about the relationship that forms between a man (Harrison Ford) and a kidnapped dog. Though it had been expected to debut in the mid-to-high teen millions heading into the weekend, the film took in $24.79 million, mounting a healthy challenge to Sonic the Hedgehog for first place.

There are a number of factors that likely played into film’s overperformance last weekend. First, the presence of Ford in the lead role seems to have held strong appeal with older moviegoers, an often-underestimated segment of the moviegoing audience; according to exit polling, 32% of the opening weekend crowd was 45 or older and split evenly 50/50 among males and females. Combined with the expected family crowds, that likely helped push the film into more competitive territory and cut into Sonic’s lead. Its appeal to families with younger children also appears to have made a slightly larger-than-expected dent in the video game adaptation’s performance last weekend. 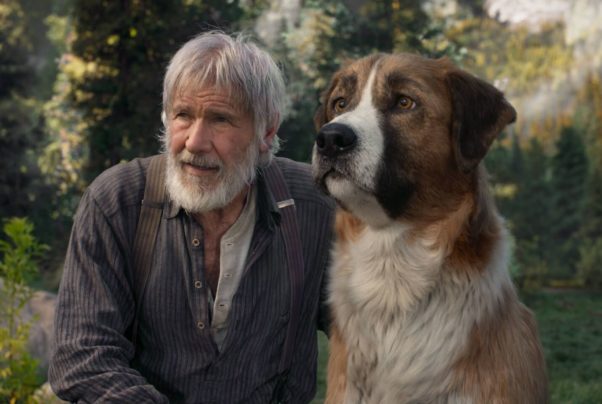 The Call of the Wild debuted in second place with $24.79 million. (Photo: 20th Century Studios)

Although reviews for The Call of the Wild were mixed, audiences seem to be enjoying it well enough, at least judging by its very good opening weekend audience scores. Word of mouth will need to be strong for the film to enter profitable territory, however. According to reports, the CGI-heavy release cost between $120-$150 million before marketing expenses.

Although it is tempting to compare the film to other recent “dog” movies such as A Dog’s Purpose, which had a $18.22 million debut, A Dog’s Way Home, which opened with $11.25 million, and A Dog’s Journey, with debuted with $8.03 million, The Call of the Wild is much more of a special effects spectacle than those films, and it needs to outperform them to help justify its exorbitant price tag.

In its third weekend, Warner Bros. Pictures’ Harley Quinn: Birds of Prey dropped a sharp 60.4% to $6.80 million in third place, bringing its domestic total to a disappointing $72.33 million so far. Depending on how it holds up in subsequent weekends, the Harley Quinn spinoff could become the first DC Extended Universe film to finish its run with less than $100 million domestically.

Sony Pictures’ Bad Boys for Life finished in fourth with $5.84 million in its sixth weekend, bringing its North American total to $191.16 million after six weekends. The franchise reboot will soon become the first film of 2020 to pass $200 million. 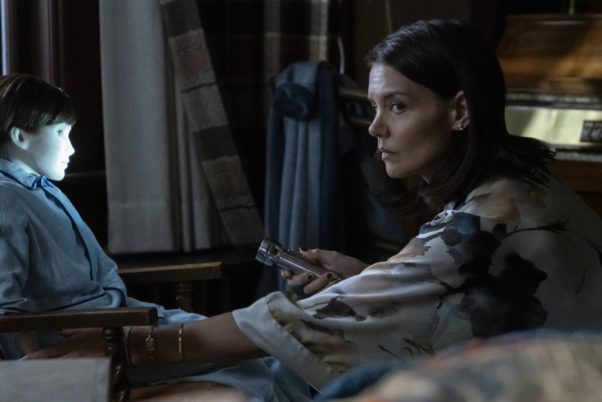 STX Entertainments’ Brahms: The Boy II, which stars Katie Holms, opened in fifth place with $5.82 million, a so-so result that was in line with expectations. The horror sequel is the latest entry in what has been a very crowded and underwhelming horror market so far this year, without a single breakout title.

Unfortunately, it looked too similar to other recent genre releases like The Turning and Gretel & Hansel to distinguish itself. While the first film became a minor sleeper hit with a $10.77 million debut and $35.81 million domestic total back in 2016, moviegoers weren’t exactly clamoring for a follow-up, particularly four years later.

According to STX, the studio’s exposure on the $10 million-budget film is just $2.5 million after taking foreign pre-sales into account, so this isn’t a disastrous performance. Nonetheless, audience interest appears to have been lukewarm from the start, and with dismal reviews so-so opening weekend audience scores, it seems primed to fade quickly, particularly with the release of Universal Pictures’ The Invisible Man this coming weekend. Notably, The Boy II was not made available for review prior to opening, which served as another red flag for audiences.

With new competition from The Boy II, Sony’s release of Blumhouse’s Fantasy Island plummeted 65.3% to $4.27 million in sixth place in its second weekend, giving the horror adaptation $20.26 million domestically after 10 days.

Coming in eighth was Neon’s Parasite, which continues to bask in the afterglow of its Best Picture win. In its 20th weekend, the Bong Joon-ho thriller took in $3.01 million for a domestic total of $48.83 million to date.

Falling 48.5% to ninth place was Sony’s Jumanji: The Next Level with $2.86 million in its 11th weekend, giving the family adventure threequel $310.84 million domestically so far.

Finally in 10th place, Universal’s romantic drama The Photograph fell 77.1% in its second weekend to $2.79 million. That gives the Issa Rae-Lakeith Stanfield film $17.63 million in North America after 10 days.

As previously mentions, this coming weekend sees the debut of Universal’s The Invisible Man.