With the four-day holiday weekend bookended by Valentine’s Day on one side and President’s Day on the other, there was room for a breakout hit at the box office last weekend (Feb. 14-17), and Sonic the Hedgehog delivered with a sensational debut. 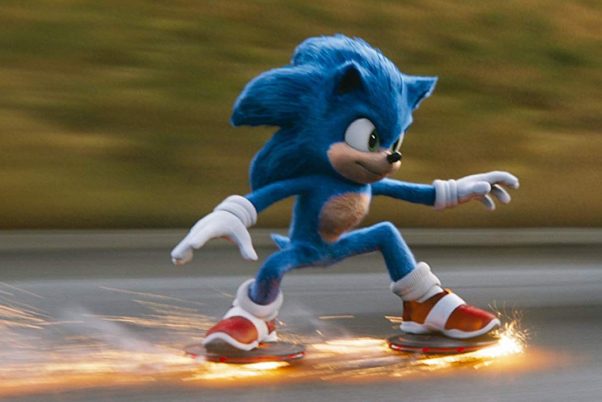 Paramount Pictures’ adaptation of the nearly 30-year-old video game franchise sped to $58.02 million over the three-day weekend and $70.00 million through Monday, second-largest opening of the year to date, Jim Carrey’s second-largest opening after 2003’s Bruce Almighty with $67.95 million and the largest-ever debut for a video game adaptation, narrowly besting last year’s Detective Pikachu with $54.36 million. The result is well above the low $40 million range the studio projected heading into the weekend.

Sonic’s breakout performance can be attributed to a number of factors. For starters, the time was ripe for a family-friendly release after the relatively mild reception for Dolittle last month and titles like Jumanji: The Next Level and Star Wars: The Rise of Skywalker beginning to fade.

The long-awaited adaptation also held strong and perhaps nostalgic appeal for adult audiences who fondly remember the video game, while the presence of Carrey in his classic Ace Ventura mode also helped to lure in the older crowd. First slated to hit theaters last November, Sonic the Hedgehog’s release was pushed back after fans criticized the appearance of the title character in the first trailer. Smartly, the studio took the controversy to heart and ordered a full redesign that hewed more closely to Sonic’s appearance in the video games, a move that garnered praise and no doubt helped to boost audience turnout last weekend. Opening weekend audiences were 56% male and 70% under age 25.

Reviews were mixed, which may also have buttressed turnout somewhat. More importantly, audiences appear to be enjoying the film, which garnered excellent scores from opening day crowds. With a two-week window before Walt Disney Studios/Pixar’s highly anticipated animated fantasy Onward hits theaters, Sonic is looking at a healthy run ahead.

After debuting in first place the previous weekend with a lower-than-expected $33.02 million, Warner Bros. Pictures’ retitled Harley Quinn: Birds of Prey dropped 48.0% to second place with $17.17 million over the three-day weekend and $19.70 million four-day in its second weekend. That gives the DC Comics adaptation a somewhat disappointing $61.86 million domestically through Monday. 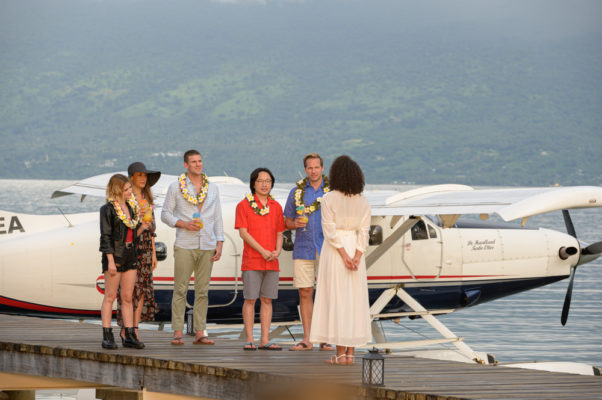 Debuting in third place was Sony Pictures’ release of Blumhouse’s Fantasy Island, a supernatural horror film based on the classic ABC series, with $12.31 million three-day and $13.75 million through Monday. That is more in line with what was anticipated for the PG-13 release, which comes at the end of a recent glut of low-budget horror titles but nonetheless managed to cash in on the Blumhouse brand name despite dreadful reviews. Audiences seem to be enjoying the film only marginally more than critics, giving it average opening weekend scores.

Compared to opening weekends for other Blumhouse horror titles, Fantasy Island’s three-day opening was 31.9% behind Ma and 34.0% behind Truth or Dare, but 29.6% above Happy Death Day 2U. Its opening weekend crowds were 52% female with 46% being 25 or older.

Coming in fourth was newcomer Universal Pictures’ The Photograph, a romantic drama starring Issa Rae and Lakeith Stanfield. It took advantage of the Valentine’s Day holiday, bringing in $12.18 million over the three-day weekend and $13.25 million over the four-day holiday. The film benefitted from generally positive reviews and two popular stars in Rae and Stanfield, which, combined with the date night-friendly weekend, proved to be a winning combination. Opening weekend crowds were 56% female with 64% being 25 or older.

Finishing in fifth place was Sony’s Bad Boys for Life, with slipped just 4.0% from last weekend’s three-day frame with $11.53 million and $13.25 million over the four-day holiday. The Will Smith-Martin Lawrence threequel has taken in $183.12 million domestically through the end of its fifth weekend and has $200 million in its sights.

Following its three Oscar wins the previous weekend, Universal’s 1917 also held well in sixth place dipping just 12.5% to $8.09 million over the three-day weekend and $9.44 million over the four-day period, which brings the WWI drama to a powerful $145.76 million in North America through the end of its eighth weekend.

Sony’s Jumanji: The Next Level came in seventh with a 0.1% drop for a $5.55 million three-day and $6.80 million four-day. It passed the $300 million mark on Thursday and has $306.82 million domestically in the bank through Monday.

Eighth place went to Neon’s Parasite, which saw its best weekend at the box office in its 19th frame with a 244.2% jump to $5.56 million for the three-day weekend and $6.65 million over the four-day holiday. The film’s major bump comes on the heels of its surprise Best Picture win at the Oscars, leading it to nearly double its location count from around 1,000 screens to just over 2,000. The Bong Joon-ho-directed thriller has now surpassed Pan’s Labyrinth to become the fifth highest-grossing foreign-language film of all time in North America, having grossed an excellent $44.33 million in North America to date.

Finishing in ninth place was Universal’s Dolittle, which, despite the presence of Sonic in theaters, dropped just 25.6% from the previous weekend’s three-day total with $4.86 million through Sunday and $6.13 million through Monday. That brings its domestic total to $71.58 million.

Rounding out the Top 10 was the weekend’s final wide newcomer Downhill, the first film to be released under Disney’s newly-dubbed Searchlight Pictures, formerly Fox Searchlight. Unfortunately, it wasn’t a particularly auspicious debut for the Julia Louis-Dreyfuss-Will Ferrell comedy based on the 2014 French movie Force Majeure, which came in with $4.62 million over the three-day weekend and $5.10 million over the four-day holiday.

Lackluster reviews for the film, which debuted at Sundance back in January, certainly didn’t help, and opening day audiences concurred by awarding it poor scores.