With many moviegoers opting to stay in and watch the big game Sunday, Super Bowl weekend (Jan. 31-Feb. 2) was unsurprisingly slow again this year, albeit with a healthy uptick from 2019 when Glass repeated at the top for a third weekend with $9.55 million and Miss Bala made a so-so $6.84 million debut.

Continuing its solid run, Bad Boys for Life dropped 48.0% despite intense competition from the Super Bowl, bringing the domestic total for the threequel to a strong $148.06 million. The Will Smith-Martin Lawrence action film has now passed the domestic total for 2003’s Bad Boys II not adjusting for inflation, with still much more left and another sequel already in the works.

Holding steady in second place was Universal Pictures’ 1917, which took in $9.50 million for a North American total of $119.08 million to date. As with Bad Boys for Life, the WWI drama’s 40.3% weekend-to-weekend decline is impressive given the fact that both films cater largely to an older male audience whose attentions were largely dominated by the Super Bowl. It is also benefitting from strong buzz in the lead-up to the Oscars, where it is nominated for 10 awards including Best Picture.

Universal’s Dolittle repeated in third place with $7.59 million, giving the family adventure $55.11 million domestically through the end of its third weekend. The 37.8% decline is good, although the film’s massive $175 million reported budget is a steep hill to climb. 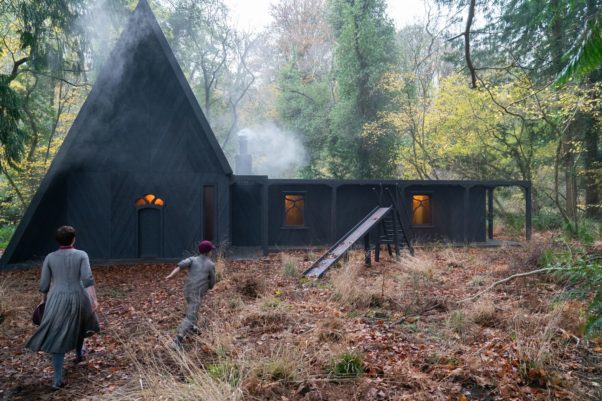 Debuting in fourth place was United Artists Releasing’s Gretel & Hansel, a retelling of the classic Grimm fairytale that counts as the fourth major horror release of the young year to date. The just okay $6.15 million opening represents the lowest debut of all of those films, coming in a notch below the openings of both last weekend’s The Turning with $6.95 million and Underwater with $7.01 million earlier in January.

Even with better-than-average reviews for the genre and a wide opening on more than 3,000 screens, Gretel & Hansel’s prospects may well have been diminished by the overcrowded horror release slate. Indeed, 2018’s Super Bowl counter-programmer Winchester, another PG-13 horror film, debuted with a much better $9.31 million despite garnering poor reviews. When it was released, it was the first major horror movie to have hit theaters in nearly a month, following the early January release of Insidious: The Last Key. Gretel & Hansel’s opening weekend crowd was 53% female and 73% of the audience was 35 or older.

Sony’s Jumanji: The Next Level continued its impressive run in fifth place with $6.00 million, giving it a domestic gross of $291.22 million to date. The family adventure sequel slipped just 22.1% weekend-to-weekend and is primed to finish its theatrical run well north of $300 million.

After turning in a healthy $10.65 million debut the previous weekend, STX Entertainment’s The Gentlemen added about 500 screens and fell 47/3% to $5.61 million to finish in sixth place, bringing the domestic total for the Guy Ritchie-directed action comedy to $20.04 million after 10 days.

Walt Disney Studios’ Star Wars: The Rise of Skywalker finished in seventh with $3.21 million, a drop of 42.4%. That brings the blockbuster’s North American total to $507.08 million through the end of its seventh weekend.

Finishing in ninth place, Universal’s critically-panned The Turning skidded 56.7% to $3.01 million in its second weekend, giving the horror film $11.67 million to date. 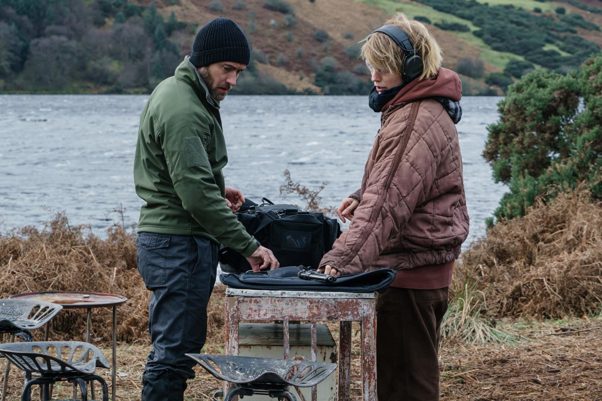 And debuting in 10th place despite opening in a very wide 3,049 locations, Paramount Pictures’ The Rhythm Section crashed and burned with a very disappointing $2.72 million. With a per-screen average of only $918, the Blake Lively revenge thriller now has the unfortunate distinction of being the worst-ever opener in more than 3,000 locations, “surpassing” long-standing champion Hoot, which opened with $3.40 million from 3,018 screen in 2006, for the title.