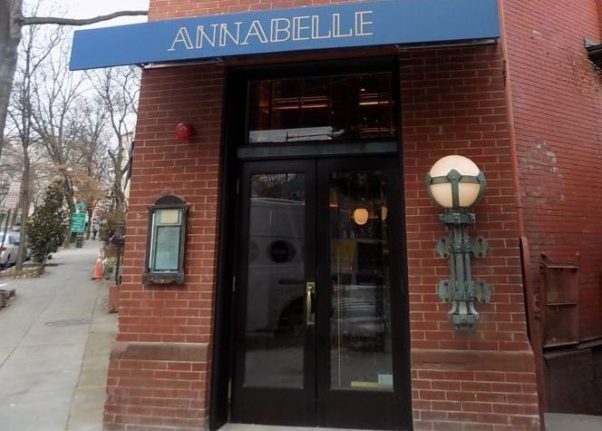 Restaurateur Ashok Bajaj, who also owns The Oval Room, The Bombay Club and Rasika among others, bought the building when owner Nora Pouillon retired and closed the restaurant in 2017 after 40 years. Bajaj spent more than $6 million remodeling the 19th century building that was originally three different buildings. The two-story space includes a dining room and bar, a glass walled garden room, a room to age meats and cheeses in the basement and an upstairs art gallery with a baby grand piano that will serve as private event space.

Martin Vahtra of Project Design Associates of New York, who is behind other Knightsbridge restaurants including Rasika West End, designed the 95-seat space that is made up of three different historic buildings.

Each room sports patterns on patterns with artwork from Cara Tomlinson, the restaurant interior is contemporary with a hint of mid-century modern. Bar Barlow features a 10-seat peninsula bar, reminiscent of an art deco club with matching tile on the floor and behind the bar. Brass shelving holds wine and liquor bottles, and unique glassware. A bay window features a four-seat booth. 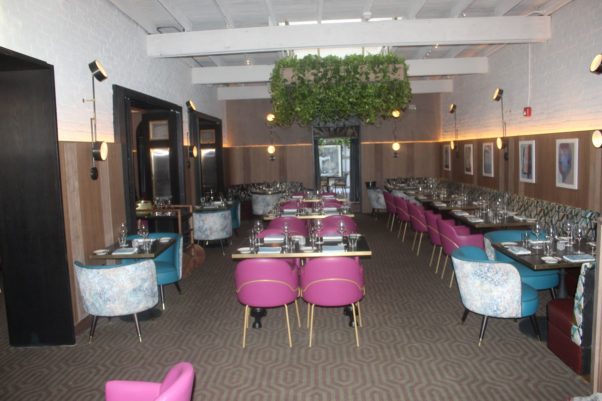 The openings into the main dining room and Kalorama Room are finished in a rich, dark walnut trim. While the walls include dark wood wainscoting and cream painted exposed brick, the chairs are upholstered in Williamsburg blue and dusty rose fabric. A skylight in the center of the room provides light for hanging plants. A garden room in back features cream-color exposed brick, rattan chairs and lights with a glass ceiling and cascading plants.

Helming the kitchen is Frank Ruta, a former White House chef who cooked for Presidents Jimmy Carter, Ronald Reagan and George H.W. Bush before opening his own restaurant, Palena, in Cleveland Park. Most recently he was executive chef at the high-end French restaurant, Mirabelle, in the District. Mirabelle owner Hakan Ilhan is currently suing Ruta for breaking a non-compete agreement that forbid him from working for a competitor that serves “American, French, Italian, [or] Mediterranean” cuisines within 10 miles of Mirabelle for two years after leaving. However, the agreement includes a clause that says the chef would be released if “the employer decides to change direction/concept of the business and Frank Ruta’s employment would no longer be necessary.” Ruta said Ilhan fired him in August 2018 when the restaurant closed, changed direction, then reopened with Keith Bombaugh as chef.

Ilhan has said he fired Ruta for “having very high good[s] and labor costs” adding “cost management was an issue,” but is still pursuing the lawsuit. Ruta is fighting the lawsuit and said the court has not issued any ruling stopping him from working at Annabelle. According to D.C. Superior Court documents, a trial won’t be held until October, if it gets through mediation. 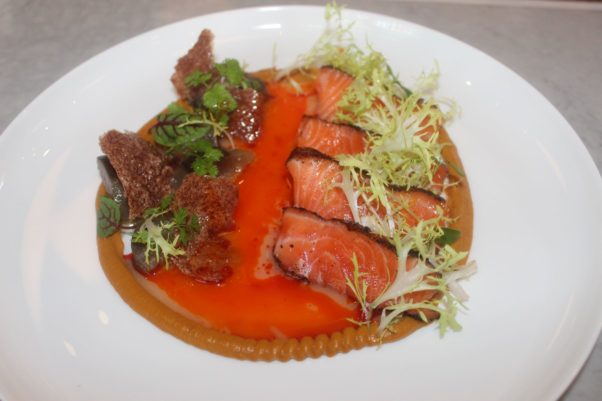 Ruta’s menu, which has been in development since October, showcases fresh, locally-inspired cuisine. While it won’t be 100% organic like Restaurant Nora, Ruta told DC on Heels he will buy organic products when possible. “We will serve a wholesome product with integrity,” he said.

The menu has a poetic theme in honor of Joel Barlow, an 18th century politician and poet who lived in an estate at 21st and S Streets NW named “Kalorama” for which the neighborhood is named. Sections include “Theme” with appetizers, “Preface” with soups and salads, “Rising Action” for house-made pastas, “Setting” for house-aged beef, lamb, pork, duck, squab and Guinea hens; “The Plot Thickens” for fish and seafood; “Footnotes” for side dishes and “Resolution” for desserts.

Dishes are priced from $9-$110. Diners will see versions of a few dishes Ruta is known for. “We want to make Annabelle a new story,” he said. “Some [of his former dishes] will be included on the menu, but they will evolve and have their own identity.” One such dish is a version of his famed Palena burger on the bar menu that includes the same patty and homemade bun topped with house-made pastrami, gruyere cheese, sauerkraut and Thousand Island dressing. 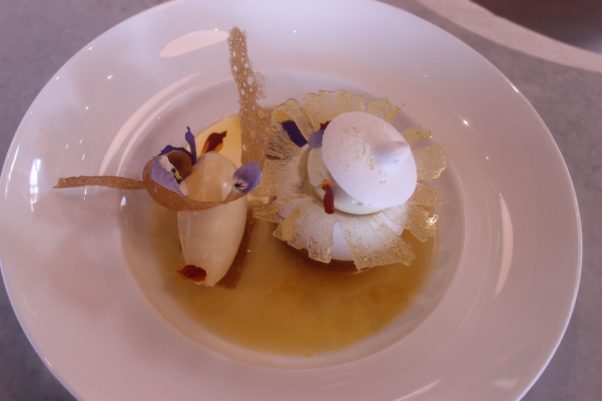 There is also a five-course, $68 vegetarian tasting menu available daily that will change every 10 days. Meat can be added for an additional $15.

The bar program will include a wine list showcasing Old World and New World as well as classic and neo-classic varietals from California, Oregon, France, Spain, Italy Germany and Austria. More than 150 wines are available with prices ranging from $50-$300 per bottle and 15 wines are available by the glass ranging from $12-$20. The corkage fee is $35 per bottle with a two-bottle minimum. A rotating list of classic cocktails will also available. 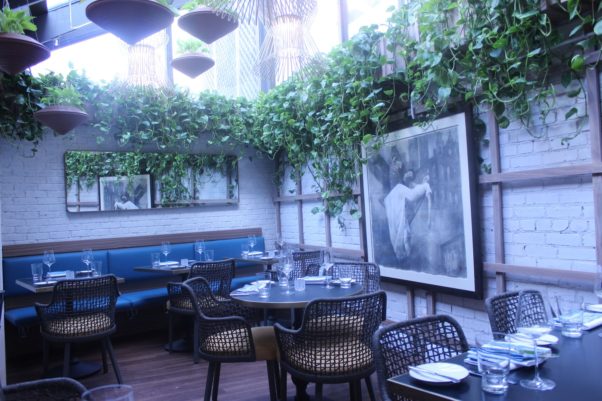